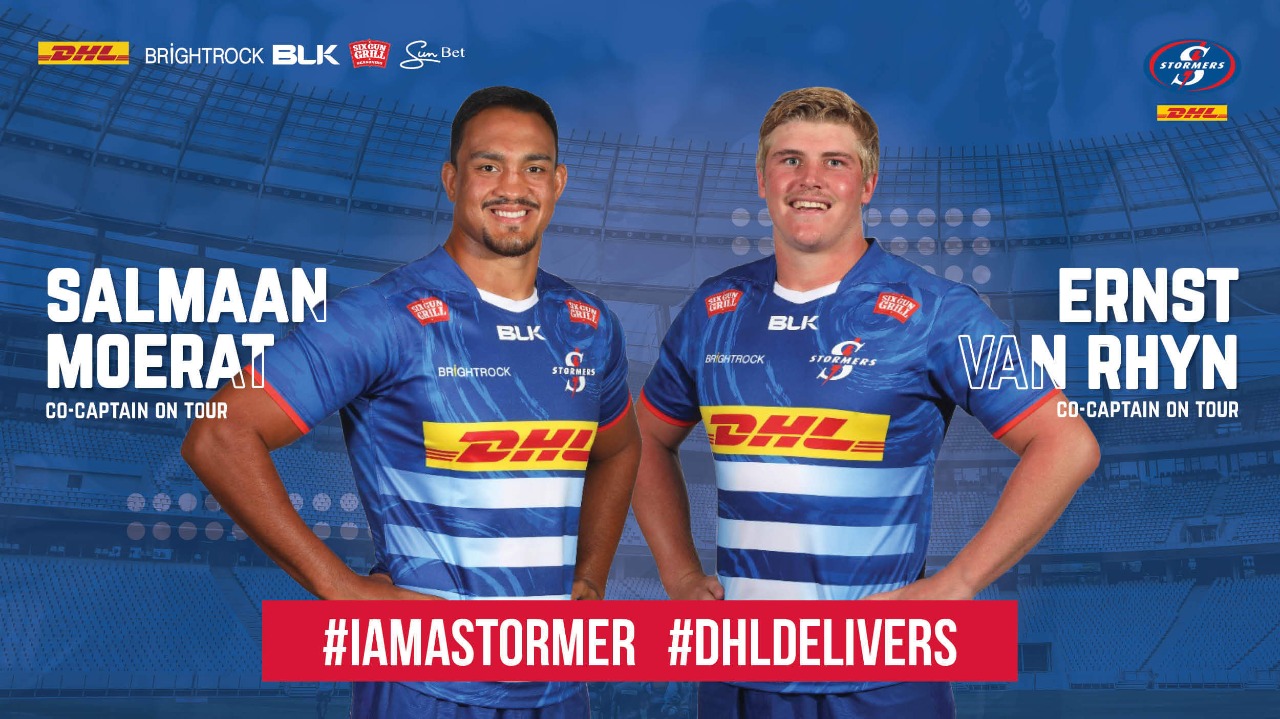 
Salmaan Moerat and Ernst van Rhyn have been appointed co-captains of the DHL Stormers for their upcoming European Vodacom United Rugby Championship tour.

With regular DHL Stormers captain Steven Kitshoff away on Springbok duty, Moerat and van Rhyn will share the captaincy responsibilities on a tour which will see the DHL Stormers take on Benetton Treviso, Munster, Edinburgh and the Dragons over the next month.

Van Rhyn captained DHL Western Province in the recent Carling Currie Cup and led the DHL Stormers against the British and Irish Lions, while Moerat has recently recovered from a neck injury, having been named as Kitshoff’s vice-captain earlier in the year.

Moerat and Van Rhyn were named in a 33-man DHL Stormers squad, which will leave for Italy on Saturday.

DHL Stormers Head Coach John Dobson said that Moerat and Van Rhyn are both natural leaders who will be able to get the best out of the group on tour.

“Salmaan and Ernst are both very comfortable in the captaincy role, having both done the job for just about every team they have played in, so it made sense to let them share the workload on this tour.

“We know that this will be a challenging tour, but it is something we as a group are embracing as we embark on a new journey in the Vodacom United Rugby Championship.

“We have brought some quality players into the mix and they are all keen to make their mark in the DHL Stormers jersey,” he said.