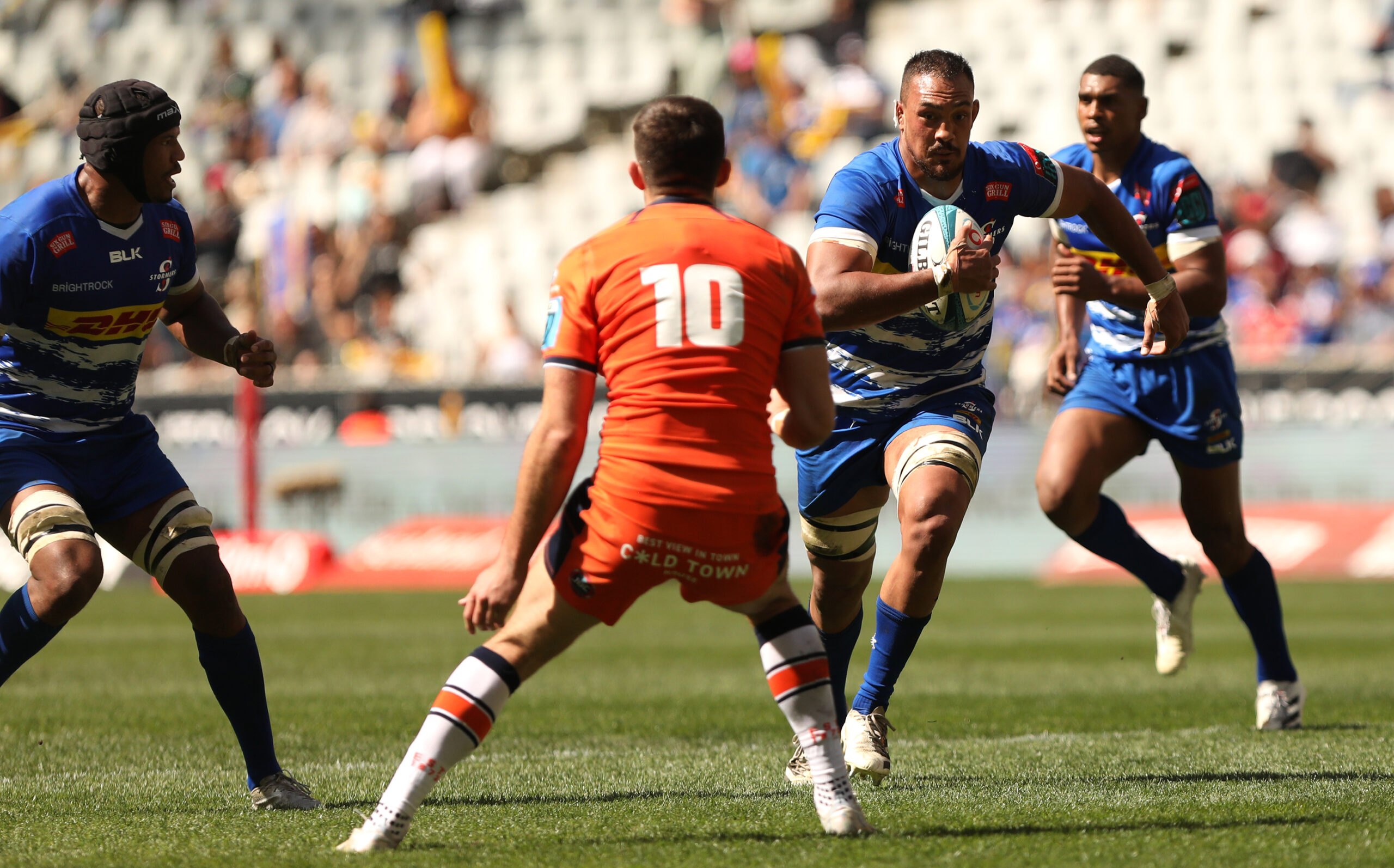 Moerat and Orie start for Boks in Italy


DHL Stormers locks Salmaan Moerat and Marvin Orie will start for the Springboks against Italy in Genoa on Saturday.

Moerat and Orie join DHL Stormers teammates Damian Willemse and Frans Malherbe in the starting line-up, while Steven Kitshoff, Evan Roos and Manie Libbok will make an impact off the replacements bench.

Libbok made his Springbok debut against France last week, while Roos is also in line for his second cap when he comes off the bench.

Coach Jacques Nienaber made four changes and two positional switches for the Test.

Andre Esterhuizen comes in at inside centre in a new-look midfield pairing with Damian de Allende, who switches to outside centre in place of Jesse Kriel.

The other positional switch sees Franco Mostert move from lock to flanker in place of Pieter-Steph du Toit, who is awaiting a disciplinary hearing on Wednesday for a red card received against France for cleaning out a ruck dangerously.

No.8 Evan Roos, meanwhile, will feature on the replacements bench alongside forwards Etzebeth, Smith, and the front row of Steven Kitshoff, Vincent Koch (both props) and Malcolm Marx (hooker) in a split of six forwards and two backs on the bench.

“A couple of players have been training very hard in the last few weeks and deserve a chance to start, and Lood’s injury and Pieter-Steph’s disciplinary hearing opened the door for us to give them an opportunity,” said Nienaber.

“Salmaan and Marvin are both DHL Stormers players, so they have been playing together for a while, and they are very hungry for game time, so we are looking forward to what they bring in the game.

“It’s also good to have Jasper back against the physical Italian pack, and we know that Kwagga will spark something different when he takes the field. Evan also gets a chance off the bench and his skills will work well with Kwagga’s in the loose trio, while Manie earns another run after making his debut last week.

“Manie’s versatility will also come in handy, as he can cover most positions in the backline, and with Cobus on the bench and several experienced backs in the backline, he will have enough guidance to be able play to his game.”

Nienaber expected a passionate performance from Italy, who pipped Australia 30-29 last week in front of a vocal home crowd, and said: “Italy’s victory against Australia will boost their confidence immensely going into this match, and we are expecting them to draw a lot of energy from their home crowd.

“They defeated Wales away in the Six Nations and tested Scotland as well, so we are under no illusions as to the challenge that lies ahead. Italy have shown before what a force they can be at home by defeating the Boks 20-18 in Florence, and they will draw confidence from that as well.

“We have been working hard on improving the areas of the game that let us down in the last two matches, and we are determined to get onto the right side of the scoreboard after very narrow defeats against the first and second ranked teams in the world.”

Zoning in on Italy, Nienaber said: “Their forwards are physical, they have a skillful backline and a good defensive system, and they play with a lot of confidence, so we know what we are in for. We have to deliver a quality performance for the full 80 minutes.

“We believe we are on the right track after coming close against Ireland and France, and if we can produce a strong showing up front and be a little more accurate in our execution, we know we can turn things around on tour.”