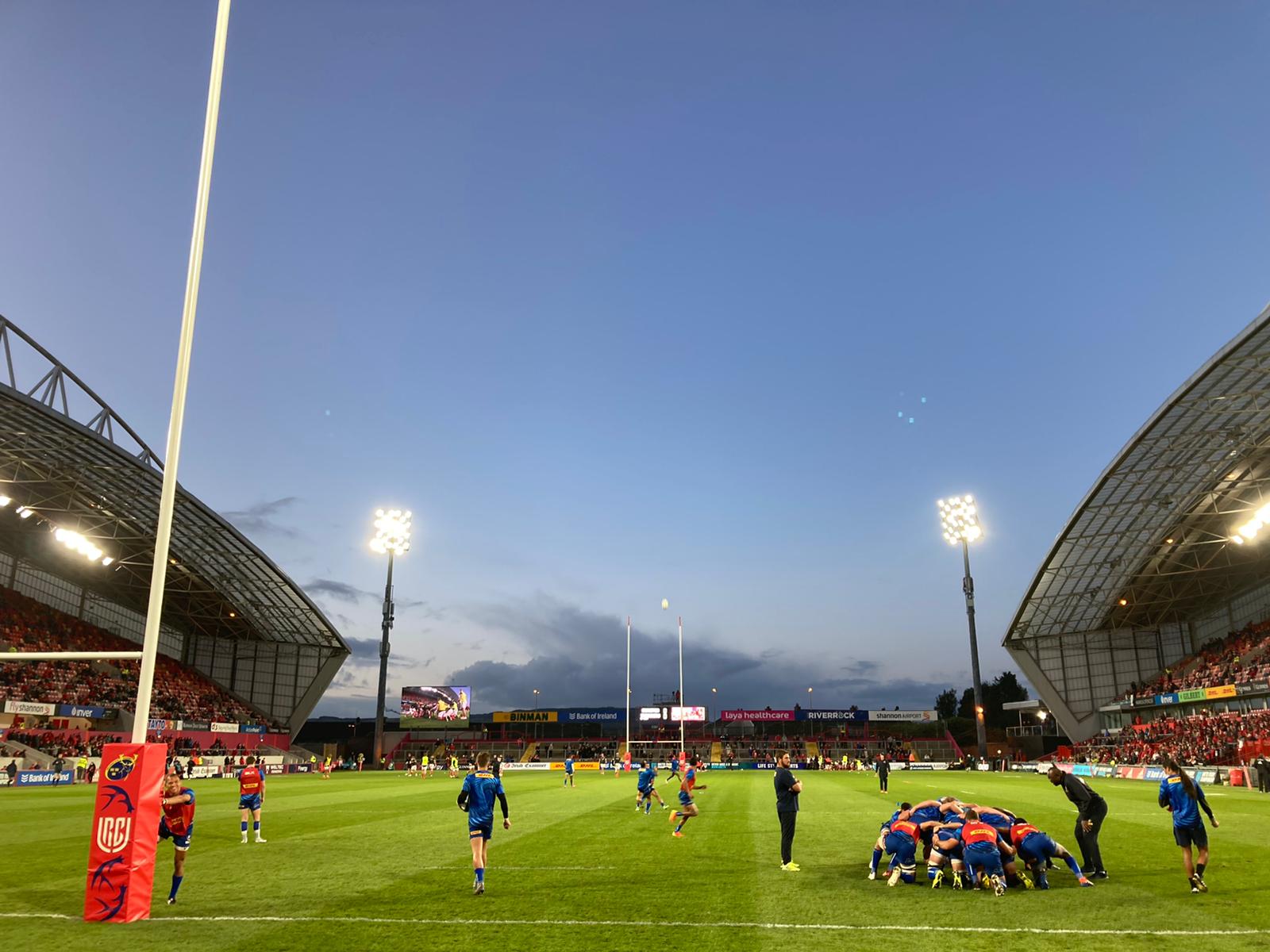 
The DHL Stormers are at Thomond Park for their first-ever match against Munster. It is a clear day, but very cold in Limerick, so we should be in for a good game. Follow all the action here with us.

The DHL Stormers started their Vodacom United Rugby Championship campaign with a narrow defeat against Benetton in Treviso and they have another major challenge tonight.

There are six changes to the team that faced Benetton last week. Brok Harris will earn his 94th DHL Stormers cap in his first game for the team in seven years. Adre Smith and Stefan Ungerer make their first starts. Nama Xaba is in for the injured Deon Fourie. Dan du Plessis an Leolin Zas also get a chance to show what they can do.

0 – Action underway at Thomond Park, the DHL Stormers kick off and take the game to the home side from the word go.

2 – DHL Stormers get on the front foot and Dan du Plessis makes a break to take them into the 22. But the ball is turned over in front of the poles.

4 – Knock-on from Munster so the DHL Stormers have an early scrum and they win a penalty. Manie Libbok has a shot at goal but it goes wide.

8 – Some great hands from forwards and backs, Libbok hits a gap and gets it away to Warrick Gelant who goes over for the opening try. 5-0 to the DHL Stormers.

12 – DHL Stormers continue taking the game to Munster. They win a penalty and then a high tackle so they kick to the corner as they look for a second try.

14 – Ball is knocked on at the line-out, so Munster have a scrum in their 22. They manage to clear and kick long but it rolls in-goal.

17 – Munster come from the drop-out, but some good defence and Adre Smith wins the turnover penalty.

19 – Line-out drive and then it is hoisted. Petersen goes up but knocks on so Munster can clear.

21 – Another slick backline move from the DHL Stormers and Ruhan Nel gets the offload away to Leolin Zas who dances down the touchline to score the second try. That puts them 12-0 up after 20 mins.

25 – DHL Stormers surge into the 22 and hammer away at the tryline. Libbok scores under the poles, but the TMO rules that he lost control so Munster can clear it.

27 – DHL Stormers back on the front foot quickly, but the ball is lost forward, so Munster have a scrum.

30 – Munster off their feet at the breakdown, so Warrick Gelant steps up and kicks the penalty to make it 15-0 after a dominant opening half-hour.

33 – Munster break the line and take it into the 22, but the DHL Stormers defence holds up well as they win a penalty and clear.

36 – DHL Stormers have a scrum and go wide, but the ball is lost forward by Zas, so Munster have the scrum.

38 – Breakdown penalty given away as Moerat doesn’t roll away in time. Munster go to the corner as they look for a late try. No.8 Jack O’Donoghue forces his way over for a try.

40 – Great first half from the DHL Stormers in Limerick. They concede on the stroke of half-time, but take a 15-7 ;ead into the break.

42 – DHL Stormers trying to run the ball again, but a pass goes into touch, so Munster have it back. Salmaan Moerat plays his opposite number in the air and is shown a yellow card.

46 – Munster take advantage with a try from Jean Kleyn to reduce the DHL Stormers’ advantage to 15-14.

49 – Munster with the momentum now as they win a few penalties and go into the 22.

51 – Munster with a maul try from Niall Scannell which gives them a 19-15 lead heading into the last 30.

55 – More penalties go against the DHL Stormers. Munster kick into the corner again. They force their way over from close range again, with O’Donoghue scoring his second.

60 – Ball bouncing Munster’s way as a kick rolls out near the tryline. Munster blown up for a change, so DHL Stormers can clear it.

62 – Munster run it back, but a couple of big tackles and the ball is knocked loose, so the DHL Stormers have a scrum.

65 – A few penalties for the DHL Stormers and it ends in points as Tim Swiel kicks it over to reduce Munster’s lead to 24-18 with 15 mins left to play.

68 – Another maul try from Munster, with RG Snyman scoring this time to take their lead out to 31-18.

72 – DHL Stormers playing hard until the end. Mistakes coming from both sides now as the teams tire.

75 – DHL Stormers keeping the ball through phases and carry it into the 22 as they look for another try.

80 – Full-time at Thomond Park where the DHL Stormers played some great rugby and fought hard until the end, but went down 34-18 against Munster, as the home side came from behind in the second half.