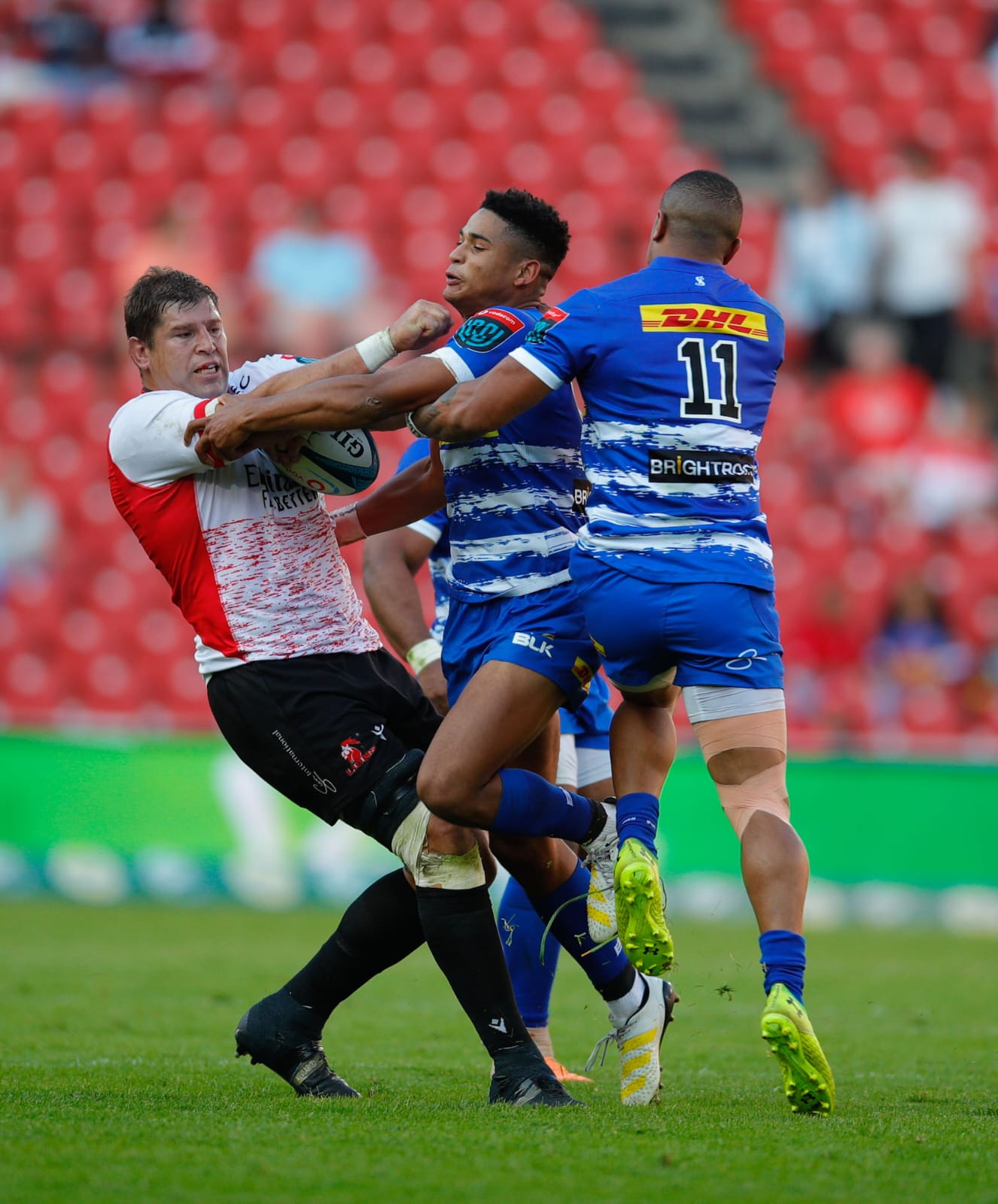 
Get on the ball coverage the DHL Stormers are away at Emirates Airline to take on the Emirates Lions. The match kicks off at 4pm.

11′ 🚌 The bus is full! Wing Angelo Davids barges over after some quick work from Paul de Wet.

Manie Libbok makes no mistake from the corner. 7-6 after 11mins.

15′ Jordan Hendrikse puts the hosts in front again. His third penalty of the afternoon. 7-9.

22′ Hendrikse sent to the sin bin for a swinging arm. Manie Libbok does the duties and the DHL Stormers are back in front. 10-9.

25′ Sanele Nohamba takes over the kicking duties and puts the hosts in front. 12-10.

31′ It’s a proper arm wrestle as both sides look for a way through some strong tackles. We are pinged for a breakdown offence and Nohamba converts his second penalty. 15-10.

40′ Back underway! All DHL Stormers to start the second half.

48′ The pressure is on as we push to close the deficit. Last gasp defence helps the Lions stay in front.

52′ DHL Stormers denied a try by the TMO.

54′ Magic! A little chip in behind the defence and Sacha Feinberg-Mngomezulu dots down. 17-22 – it’s game on now!

63′ Some heroic defence keeps the Lions out! Nama Xaba with some unbelievable work on the ground to earn his side the penalty.

70′ You love to see it. Fullback Clayton Blommetjies breezes through to score under the poles.

76′ NAMA! He was the hero on our own tryline and now he’s over at the other end.

79′ Guess how the game ends? Nama wins the ball on the ground again. What an impact ⛈️

There are eight changes to the DHL Stormers starting line-up for their Vodacom United Rugby Championship encounter with the Emirates Lions in Johannesburg on Saturday.

Three of the changes are in the backline and five in the forward pack for the South African derby which kicks off at 16h00 on Saturday at Emirates Airline Park.

In the backline Angelo Davids, Sacha Feinerg-Mngomezulu and Paul de Wet all make starts, with Dan du Plessis moving to outside centre.

In the forward pack Evan Roos is at the back of the scrum, with Junior Pokomela and Hacjivah Dayimani on the flanks. FULL STORY