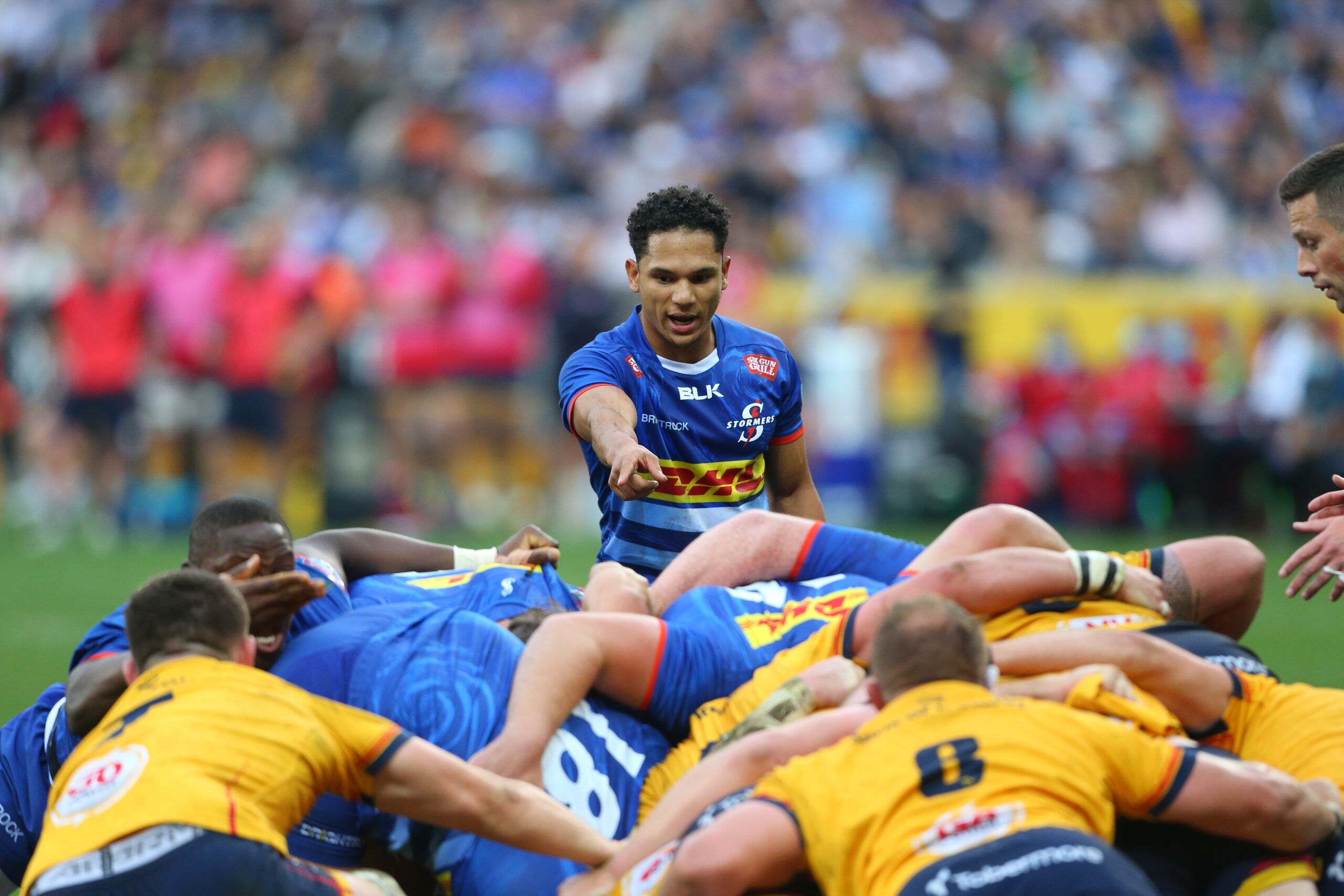 
The DHL Stormers are up against Ulster in their Vodacom United Rugby Championship semifinal at DHL Stadium.

Both teams are playing for the right to host the Vodacom Bulls in the final last week, so there is all to play for.

The DHL Stormers will be looking to make it 10 consecutive wins and claimed a slender 23-20 win when the two teams met here earlier in the season, so we should be set for a great game.

Conditions are perfect for rugby, it is dry but not too hot with a slight breeze.

Warm-ups are done and we are minutes away from the action. The DHL Stormers run out to thunderous applause from the Faithful.

0 – DHL Stormers secure the kick-off and find touch through Jantjies.

2 – Breakdown turnover from Damian Willemse, so Libbok finds touch in the 22.

4 – Drive from the forwards and hooker JJ Kotze is over for the try, what a start.

6 – Both teams kicking as they look for territory.

9 – Ulster win a breakdown penalty on halfway and find touch just outside the 22.

11 – DHL Stormers steal the line-out and look to run out of their half. Ulster knock-on so we have a scrum. They go wide and Ulster are offside, so Libbok finds touch near the 22.

14 – A clever move down the front of the line-out and it is that man Evan Roos who is through for the second try to make it 10-0.

18 – Ulster get on the scoreboard with a try in the corner from wing Rob Baloucoune. TMO says the last pass to him wasn’t forward. That makes it 10-5.

20 – Great kick from Willemse rolls into the 22. Ulster defending now but they win a penalty at the breakdown and can clear it.

23 – Ulser carry but met by great defence and captain Kitshoff wins the penalty at the breakdown.

25 – Ulster breakd out with a chip and collect, great cover defence by Jantjies and Senatla saves the day and they clear it.

28 – Ulster fullback Stewart Moore scores their second try and the conversion puts them 12-10 up.

32 – Both teams kicking and looking for field position. Ulster play Jantjies at the base of the ruck so Libbok can kick into the 22.

35 – DHL Stormers hammer away, but a knock-on is forced so Ulster can clear it.

37 – Attempted drop-goal, but it goes wide. Ulster win a breakdown penalty from the srop-out so they can attack again.

42 – Second half underway and Ulster get an early breakdown penalty. Big tackle in midfield knocks the ball loose so the DHL Stormers have a scrum on their 22.

44 – Both teams kick and Ulster put it out on the full so DHL Stormers can attack from a line-out on halfway.

45 – Strong maul and then they go wide, but Senatla loses it forward on the 22.

47 – Libbok kicks deep and Moore marks and then hooks it into touch. DHL Stormers maul just outside the 22. It goes wide but Roos loses it forward so Ulster have a scrum.

49 – Ulster break out and move into the 22. A clever kick has to be taken into touch so they have an attacking line-out.

50 – Great maul defence wins the scrum for DHL Stormers. Good clearance from Libbok takes it up to the 10 metre.

53 – Ulster kick into touch in the 22, DHL Stormers playing from their own half.

55 – Kick charged down and Ulster on the attack again in the 22. DHL Stormers defend the maul and force a knock-on.

57 – Good exit and chase, but Ulster have a line-out just inside DHL Stormers territory.

60 – Ulster kick and the counter is a good one as they go into the 22, but the ref calls them back for a forward pass and Ulster have a scrum just inside their own half.

62 – Breakdown penalty won and Libbok kicks to the corner as they look for a try.

64 – Penalty in front of the poles and they go for the corner but Libbok puts it touch in-goal so Ulster have a scrum.

66 – DHL Stormers back on the attack in the 22 and they get a penalty just short of the line. Kitshoff calls for a scrum.

68 – They are right there now but Vermeulen wins a penalty at the breakdown, so Ulster can clear it.

72 – Gelant carves them open on the counter and releases Senatla who kicks ahead. The chase is up quickly and traps Ulster in the 22.

74 – Breakdown penalty and they kick to the corner. This is it. The maul goes down just short of the line and the ref gives Ulster a scrum. They clear to the 22, so the DHL Stormers will come again.

77 – Another penalty and Libbok kicks into the corner again.

79 – DHL Stormers keep pressing on the tryline and win a penalty in front of the poles. The siren goes, it is all down to this.

80 – Strong scrum and it goes wide to Gelant who is over out wide to level the scores.