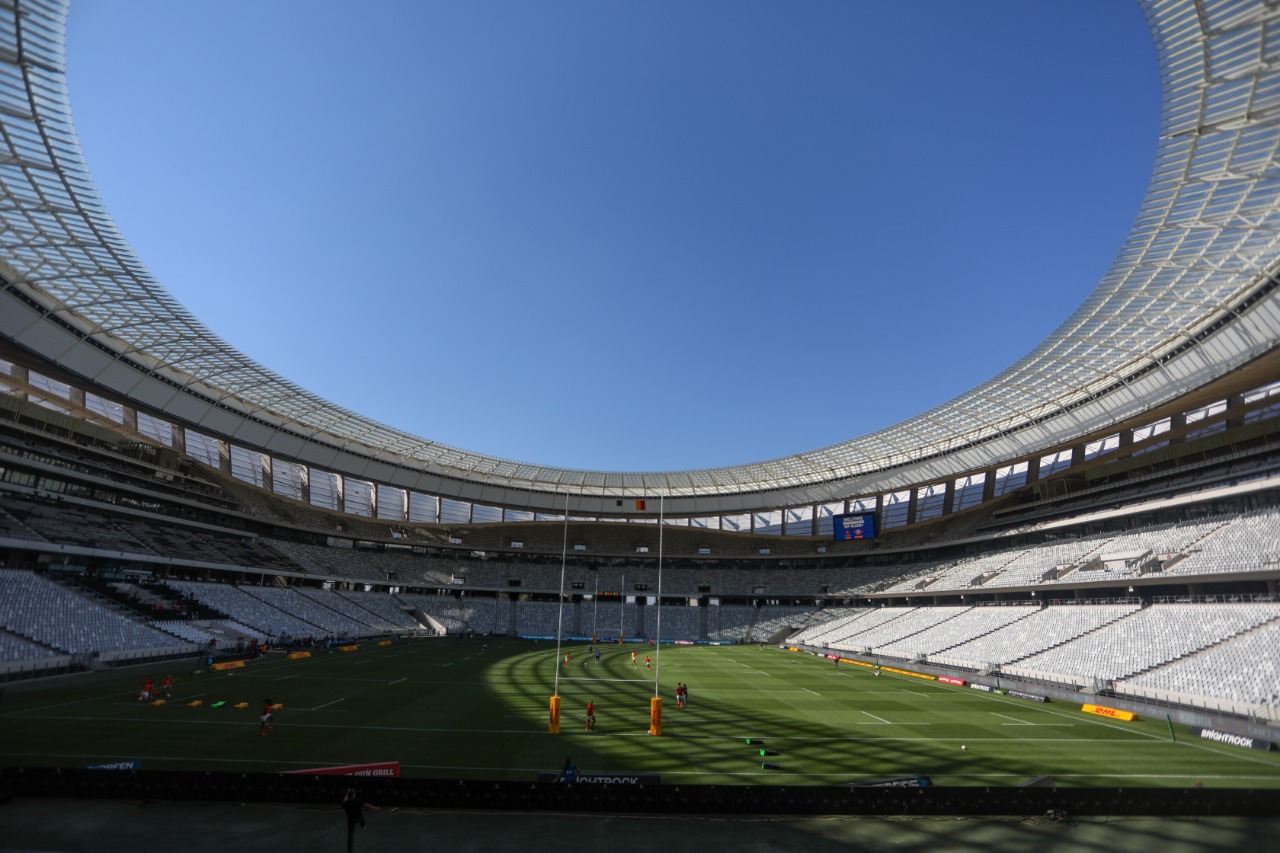 
A new era kicks off at Cape Town Stadium today where the DHL Stormers are up against the Toyota Cheetahs in a preparation game. One change to the DHL Stormers matchday squad, with 23 Mnombo Zwelendaba ruled out through injury. Rikus Pretorius takes his place on the replacements bench.

0 – Kick-off in sunny but windy conditions. The DHL Stormers win the first scrum and then kick through to find touch near the 22.

5 – Cheetahs win a penalty and kick deep into DHL Stormers territory where they can attack.

7 – Another line-out, this one in the 22. They work a move at the front of the line-out and come up with the first try from hooker Wilmar Arnoldi. Frans Steyn converts from the touchline to put them 7-0 up after 8 mins at Cape Town Stadium.

10 – The DHL Stormers take it over halfway as Trystan Leyds finds some space, but the Cheetahs win a breakdown penalty and kick into the corner.

13 – Line-out stolen and it goes wide to Edwill van der Merwe who steamrolls his opposite number, skins a few defenders and then chips into the 22. It is regathered and moved out to Tristan Leyds to waltz over. That sensational try levels it up at 7-7.

17 – This time it is the Cheetahs with the counter-attack as Rosko Specman finds some space out wide and steps inside to score under the poles. That puts the visitors up 14-7.

22 – A big scrum from the DHL Stormers forward pack near halfway give flyhalf Kade Wolhuter a shot at goal and he splits the uprights to reduce the Toyota Cheetahs’ advantage to 14-10.

25 – DHL Stormers get straight back on the front foot in the 22 with advantage. None comes, so Wolhuter slots another penalty to reduce the visitors’ lead to 14-13.

30 – Kade Wolhuter casually slots a penalty from his own half near the touchline and that is followed up by a try from Leolin Zas, which puts the DHL Stormers 23-14 up with 10 mins before half-time.

35 – Another big scrum and another penalty from the boot of Kade Wolhuter. DHL Stormers turning on the style in the first half at Cape Town Stadium as they go 26-14 up with 5 mins before half-time.

40 – The Toyota Cheetahs have the last say in the first half with another individual try from Rosko Specman, but the DHL Stormers take a 26-21 lead into the half-time break after a breathtaking opening 40 mins at Cape Town Stadium.

44 – Rosko Specman scores his hat-trick try early in the second half and that gives the Toyota Cheetahs a slender 28-26 lead against the DHL Stormers with 36 mins left to play at Cape Town Stadium.

50 – DHL Stormers win another scrum penalty. Wolhuter misses touch but the defence is up quickly and the Cheetahs are forced back over their tryline so the home side have an attacking scrum this time.

52 – Another huge scrum and this time a penalty try is awarded to put the DHL Stormers in the lead again. They go 33-28 up.

55 – The Cheetahs kick their first penalty of the game after Chad Solomon is blown up for putting his hands in the breakdown. Steyn slots the kick to reduce the DHL Stormers’ lead to 33-31.

60 – DHL Stormers forced to defend for a long period in their own 22 and they do well to eventually force a pass into touch so they can clear their lines.

65 – A line-out near halfway and the knock-on is forced so the DHL Stormers have a scrum and an opportunity to launch an attack adter absorbing a lot of pressure.

70 – A penalty from the boot of Frans Steyns put the Toyota Cheetahs 34-33 ahead heading into the final 10 minutes at Cape Town Stadium. We have a nail-biter on our hands in this preparation match.

80 – Full-time at Cape Town Stadium, a scrappy end to the game with both teams battling to find rhythm and the visitors have hung on to claim a narrow 34-33 win.