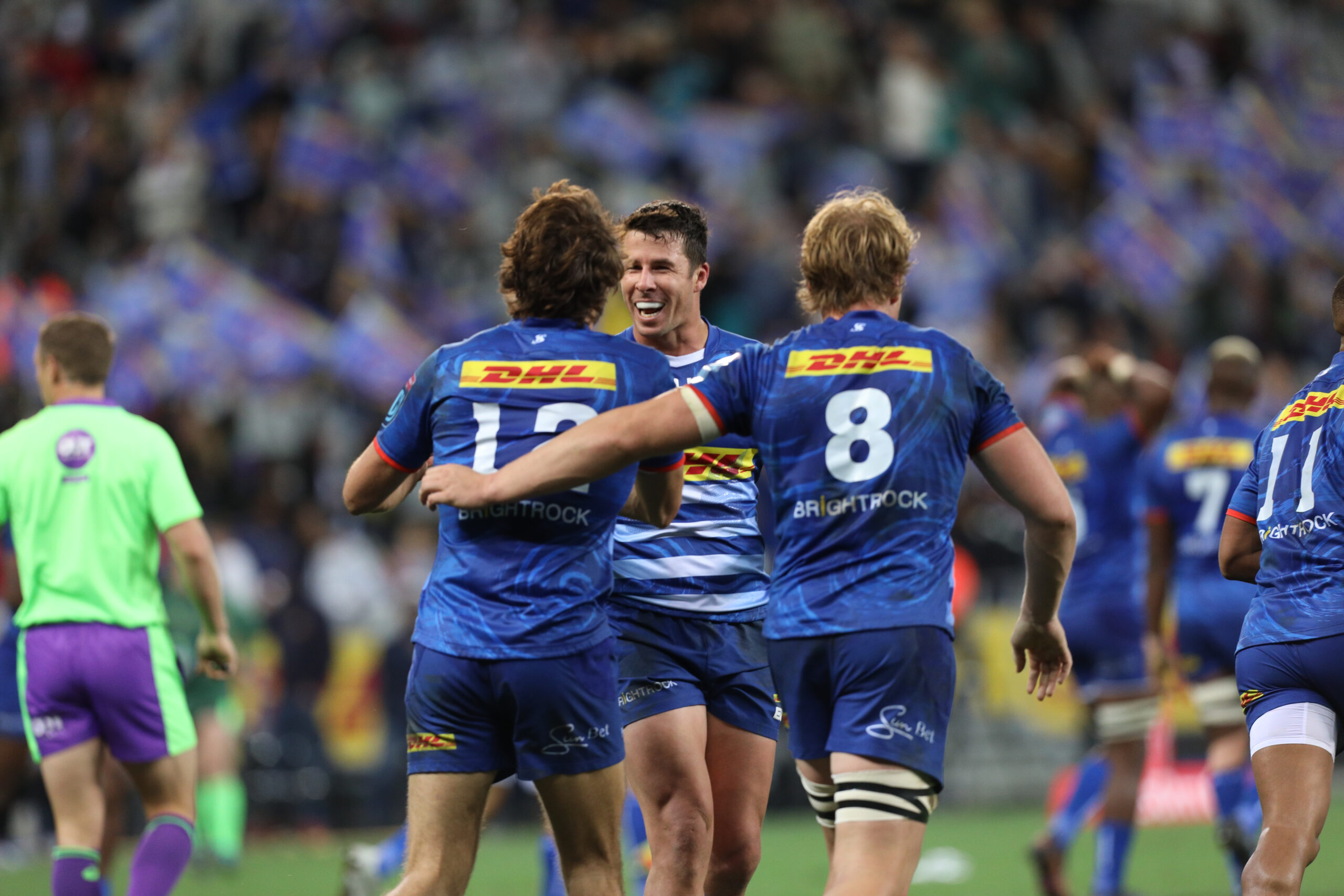 
The DHL Stormers are looking to make it seven consecutive home wins and maintain their place at the top of the SA Shield as they face a Glasgow Warriors team that is third on the overall standings at DHL Stadium.

It is cool but clear at DHL Stadium, so conditions are good for rugby.

A sea of DHL Stormers flags waving in the stands as the team runs out, we’re ready to go.

0 – Kick-off goes out on the full, so the DHL Stormers have a scrum on halfway.

2 – High ball goes up and Leolin Zas wins it, but he is held up so Glasgow have a scrum this time. Big scrum from the DHL Stormers wins a penalty but Libbok puts it wide.

5 – Line-out is not straight, so Glasgow have another scrum just outside their 22. Forward pass, so the DHL Stormers have a scrum this time.

9 – DHL Stormers putting the pressure on the Glasgow defence in their half, but a knock-on in contact means the visitors have a scrum on the 22.

11 – They clear and it is returned by Willemse who finds touch and a line-out in the 22.

13 – Glasgow win a breakdown penalty and move upfield. They break down the left and go into the 22, but it is lost forward and the DHL Stormers can counter.

16 – Another breakdown penalty for Glasgow and they kick into the corner.

23 – Glasgow back in the 22 and earn a scrum to attack from. Good defence in midfield forces a knock-on.

28 – Great counter-ruck and they win a penalty so Libbok can clear to touch over halfway. Throw is not straight so Glasgow have another scrum.

30 – Big hit in midfield from Rikus Pretorius and Libbok takes aim at the poles. This time he doesn’t miss. 3-7.

33 – A maul wins a penalty and Libbok kicks this one into the corner.

36 – Forwards march it into the 22 and earn advantage, then over to the backline as Damian Willemse switches and times his pass perfectly to put Rikus Pretorius over.

38 – They come from their own 22 this time, with the gaps starting to open up here. It goes right up to the tryline and they take the points.

40 – Half-time at DHL Stadium where the DHL Stormers take a 13-7 lead into the break against Glasgow Warriors. Strong finish to the first half, now to kick-on.

43 – Second half back underway, Glasgow kick into the corner and maul but the DHL Stormers stop it well and get a scrum. Scrum penalty so Libbok can clear.

45 – Orie played in the air, so the DHL Stormers move into opposition territory.

49 – DHL Stormers pressing hard on the 22, but Glasgow defending with all they’re worth.

51 – Glasgow break out this time and kick into the 22, Zas covers well and the DHL Stormers win a breakdown penalty to clear it.

53 – Great counter-attack as Warrick Gelant puts Dayimani in space and Jantjies is there in support to score on his birthday. That makes it 18-7.

55 – The DHL Stormers have their tails up now and some slick passing sees Leolin Zas go through for his 10th try of the season. That makes it 25-7.

60 – DHL Stormers almost add another, but Jantjies is hauled down in the corner.

63 – They keep the pressure on as they keep pressing for the bonus point try.

68 – DHL Stormers surge into the 22 and go close. Ruhan Nel is tackled high and it is a yellow card for Josh McKay.

71 – Glasgow win a scrum penalty and can clear.

73 – DHL Stormers have a scrum 40 metres out as they look for the bonus point. Glasgow force it into touch and try to run from the 22, but a knock-on means we have another scrum.

80 – DHL Stormers end with the bonus point try as Evan Roos goes through to seal a 32-7 win which moves them up to second on the standings.