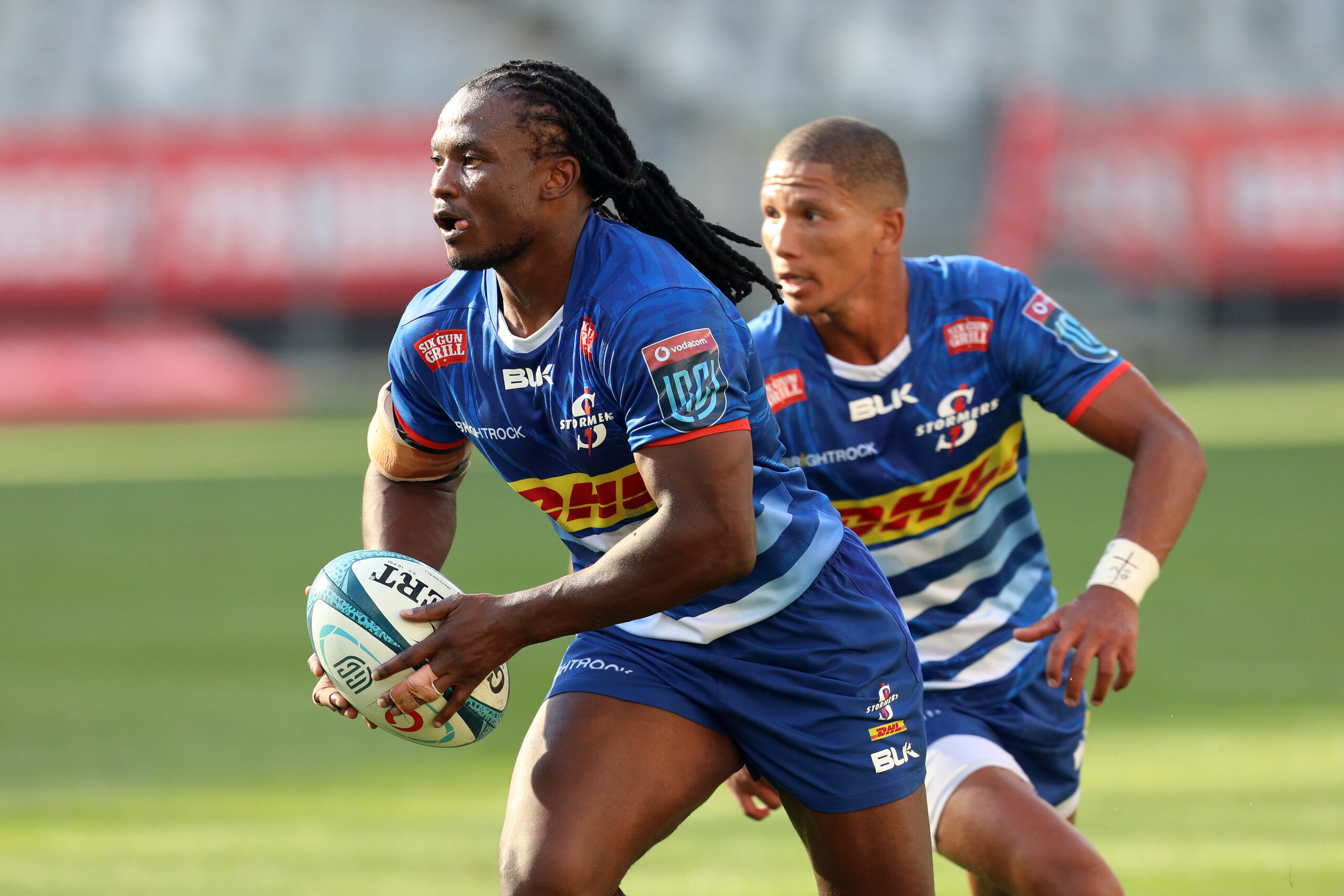 
The DHL Stormers are back on home turf at DHL Stadium where they face the Cell C Sharks a week after the two teams drew 22-22 in Durban.

Brok Harris runs out to a guard of honour from his teammates for his 100th DHL Stormers cap. The DHL Stadium Faithful rise to salute a legend.

0 – DHL Stormers win the restart back and on the attack early on but the ball is knocked on so the Sharks have a scrum.

2 – Sharks awarded a scrum penalty so they can clear.

5 – Both teams kicking for position. DHL Stormers win it back and move into Sharks territory. Sharks knock on on the tackle so DHL Stormers scrum this time.

10 – More kicking from both teams. Sharks threaten to break the line but Ward knocks on twice. DHL Stormers scrum under pressure but they get it away.

14 – Sharks kick a high ball into the 22 and Mapimpi wins it. They press but Deon Fourie wins a breakdown penalty.

17 – Still no score as both teams look to earn territorial advantage with their kicking game. Defences coming up trumps so far.

21 – DHL Stormers break out of their 22 with a flowing backline move. They win a penalty in the 22 and kick for the corner.

24 – Strong maul and the backs join. It breaks down and they drive at the line, but it is lost forward in the tackle so the Sharks have a scrum in front of the poles.

26 – Sharks clear and DHL Stormers run it back at them. Dan du Plessis breaks through and it goes wide, but the ball is knocked on in the tackle again.

28 – Goes wide to Senatla in the 22 and he speeds through a gap, Du Plessis is there in support but his pass is a poor one and the Sharks escape again.

32 – DHL Stormers on the attack again with a line-out on the 22. But the Sharks win a breakdown penalty and clear.

35 – Deon Fourie wins a breakdown penalty and it goes to Gelant who finds a 50-22 touch, so the DHL Stormers have an attacking line-out.

37 – The forwards maul before it goes wide to Senatla who grubbers through and collects to score under the poles and give the DHL Stormers a 7-3 lead.

39 – A high tackle from the Sharks gives the DHL Stormer one more attacking opportunity from halfway.

40 – Half-time at DHL Stadium where the DHL Stormers have scored the only try of a tense first half to take a 7-3 lead into the break. Big second 40 coming up in front of the Faithful.

41 – Second half underway as the Sharks kick-off. Good exit as Jantjies clears from the base.

43 – Breakdown penalty on halfway, so Libbok sets up a line-out in the 22. Grubber from Gelant ends with Ruhan Nel dotting down in the corner, but the TMO rules there was a knock-on.

47 – DHL Stormers run it back and Du Plessis breaks the line again and finds Senatla. They come within inches of scoring again but somehow the Sharks win it back and clear.

48 – Real intent at the start of the second half and the DHL Stormers could have had two tries already, but they take three points from the boot of Manie Libbok as the lead grows to 10-3.

50 – It’s a 50-22 from Libbok this time as the DHL Stormers snap onto the attack again straight away. The forwards maul and then hammer away until Adre Smith forces his way over for the try. Libbok’s conversion makes it 17-3.

55- DHL Stormers keep the pressure on, playing all the rugby in opposition territory. Sharks with a defensive scrum and Jantjies forces the knock-on. Sharks win a scrum penalty and clear it.

60 – Huge tackle from Ruhan Nel in midfield but the ball was lost forward so the Sharks have another scrum in their half.

63 – The visitors come up with their first try through replacement scrumhalf Grant Williams.

65 – Jantjies breaks down the left and puts in a grubber for Senatla. Sharks cover but DHL Stormers have the scrum and win advantage. They kick to the corner as they look for another try.

72 – Sharks on the charge in the 22, but a big tackle knock it loose and the DHL Stormers clear.

74 – DHL Stormers win the scrum penalty and the right to play the rest of the game out in Sharks territory, huge scrum that.

75 – Sharks win the line-out and scramble it into touch, so the DHL Stormers have another attacking opportunity.

77 – Crucial breakdown penalty from Nama Xaba and the DHLStormers can set up another attacking line-out.

80 – Game over and the DHL Stormers have claimed a crucial 20-10 win which send them to the top of the South African Shield.