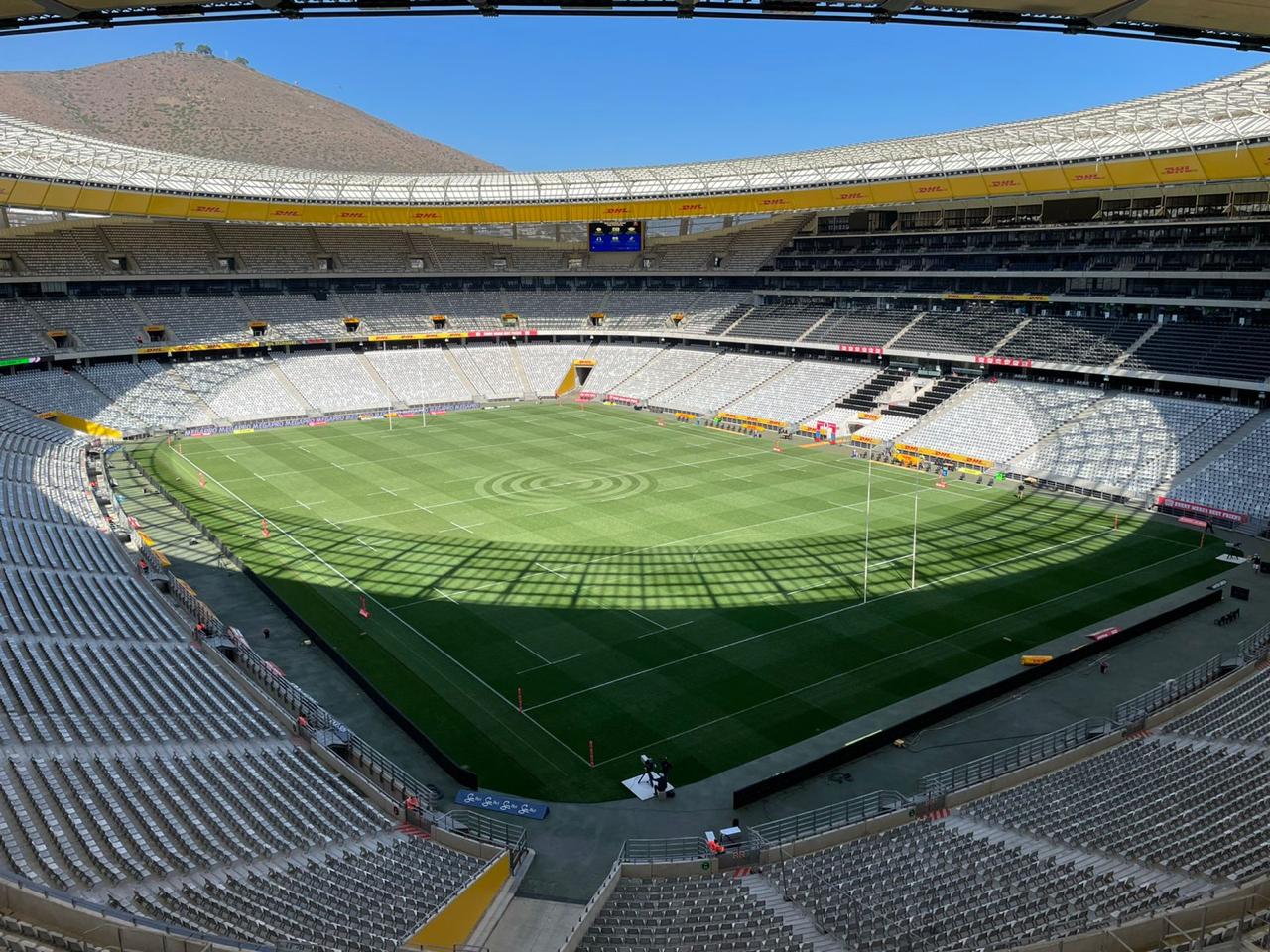 
We are at DHL Stadium where the DHL Stormers are up against Cardiff in a Vodacom United Rugby Championship clash.

It is a hot day under blue skies in Cape Town today, so we should be set for a great game.

Change to the DHL Stormers team with Adre Smith ruled out with delayed post-concussion symptoms. Ernst van Rhyn starts and Ben-Jason Dixon is on the bench.

0 – Kick-off in blazing sunshine at DHL Stadium where our boys are up against Cardiff, looking for their third straight home win.

3 – Cardiff get their hands on the ball but knock it on so the DHL Stormers have the first scrum in their own half.

5 – DHL Stormers carry and it is their turn to knock-on, so Cardiff have the scrum this time.

7 – First points at DHL Stadium go to the visitors with an early penalty getting the scoreboard moving.

9 – DHL Stormers run it from deep, but accidental offsides means that Cardiff have a scrum near halfway.

12 – Cardiff work their way into the corner and have a line-out in the 22. Great maul defence from the DHL Stormers wins them a scrum on the tryline.

15 – More of that backline magic as they come from their own half to score the first try. Chip and chase from Leolin Zas who puts Ruhan Nel over to make it 7-3.

20 – DHL Stormers straight back onto the attack again as they go wide and finds some gaps. Ball out in the 22 though.

24 – DHL Stormers come again, with Damian Willemse making some ground down the right. Cardiff scramble into touch, but they will come from the line-out.

27 – Cardiff have a scrum in the 22 and carry out, but Deon Fourie makes a turnover so Libbok kicks out near the 22.

29 – Jantjies hit hard in the tackle and loses the ball so Cardiff have a scrum just outside the 22.

31 – High ball dropped cold by Cardiff, so DHL Stormers have a scrum just outside the 22.

32 – Some footy skills from Warrick Gelant who kicks it through and it is Leolin Zas who puts it in the back of the net with the second try to make it 12-3.

35 – Big maul from the DHL Stormers, but it is not coming out of there so Cardiff have a scrum on their 22.

39 – A chip over the top from Gelant is collected by Libbok, who finds Jantjies and it goes back to Libbok for the third try.

40 – Half-time at DHL Stadium where we have seen three beauties from the DHL Stormers to give them a 19-3 lead at the break against Cardiff.

42 – DHL Stormers on the attack straight away and a good maul, but the ball is lost forward, so Cardiff have a scrum on their tryline.

44 – Cardiff under pressure in their 22 as they try to clear the threat.

47 – DHL Stormers snap onto the attack and get the ball over the tryline, but it is held up.

49 – Cardiff clear again and DHL Stormers run it back, but it is knocked on this time.

51 – Cardiff kick and the DHL Stormers run it back again. Visitors go offside, so Libbok kicks into the corner. The throw is too high for Orie, so Cardiff clear again.

55 – DHL Stormers back in the 22, Dayimani is tackled from behind close to the tryline and loses it forward so Cardiff have another defensive scrum.

57 – Another 22 entry and another fumble from the DHL Stormers. Just need one of these to stick for the bonus point.

59 – Cardiff try to run it out this time, but there is a forward pass so DHL Stormers have a scrum 40 metres out. Roos tackled high so Libbok kicks it into the corner. Throw from Solomon is not straight so Cardiff get off again.

61 – The forwards getting in on the act now as Junior Pokomela takes an inside ball to go over for the bonus point try to make it 26-3.

64 – Gaps are opening up here and you don’t have to ask Evan Roos twice. He bursts through and puts on the after-burners to score the fifth try.

68 – It goes wide and replacement centre Rikus Pretorius throws a dummy before putting his head down to leave the defence for dead to score the sixth try.

73 – DHL Stormers keep attacking as they look to finish strong, but the ball is lost forward so Cardiff have a scrum and they get the 50-22.

77 – Great defence from the DHL Stormers as they force the knock-on and then win a scrum penalty.

80 – Another five points in the bag. Clinical performance from the DHL Stormers, scoring three tries in each half and shutting Cardiff out to claim a 40-3 win at DHL Stadium. See you here on Saturday when we face Ulster.