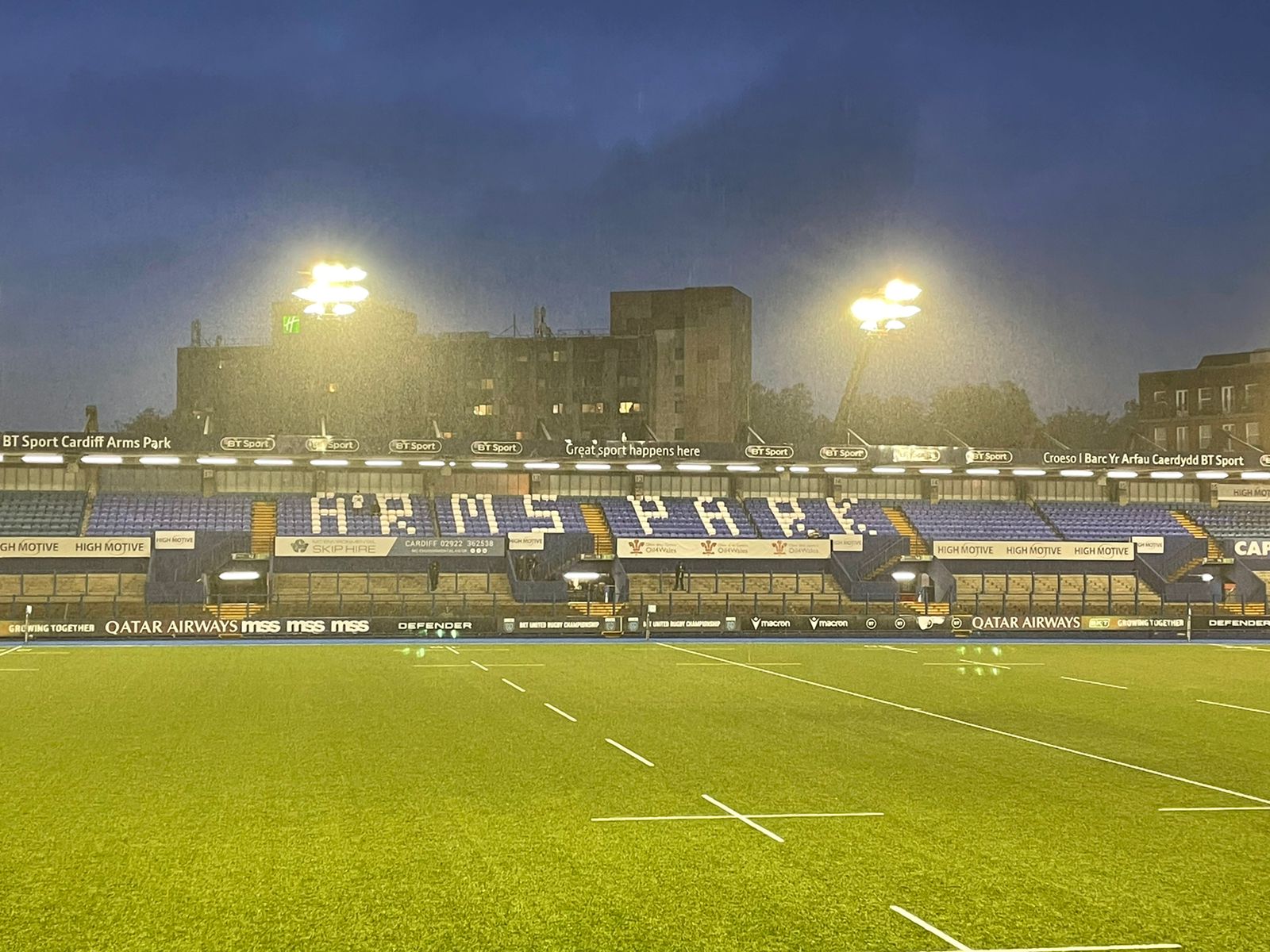 
The DHL Stormers are at Cardiff Arms Park where they will be looking to end their tour with a win. Follow all the action live here with our updates.

It is wet in Cardiff, with the rain falling steadily, so we are in for another slippery game in Wales.

Frans Malherbe becomes the most-capped DHL Stormer of all time when he runs out tonight to earn his 124th cap, to go past the great Schalk Burger.

0 – The DHL Stormers kick off and we are underway in Cardiff.

2 – DHL Stormers get it back and take it through some phases. Cardiff not rolling away so Libbok kicks into the 22.

4 – Du Plessis breaks through and busts into the 22, but a cross-kick goes out on the full.

6 – Uilisi Halaholo goes off with an injury and Cardiff kick to the corner after he was flipped over at a ruck. Nama Xaba wins a breakdown penalty so we can clear it.

8 – Line-out lost and cross-kick lost forward by Blommetjies. Cardiff with a breakdown penalty and they kick it over to go 3-0 up.

11 – Hartzenberg breaks the line this time and we move into the 22 but it is lost forward and cleared by Cardiff.

13 – Lost forward in the tackle so Cardiff have a scrum just over halfway.

14 – Scrum penalty for Cardiff after the front rows go down and Priestland kicks a second penalty to make it 6-0.

17 – Cardiff kick long and the ball sits up for wing Theo Cabango who scores in the corner.

19 – Cardiff give away a breakdown penalty and Libbok kicks into the 22.

21 – The forwards stampede towards the tryline and Nama Xaba is over for the first try to make it 11-7.

25 – Line-out stolen and Dayimani breaks out and races up to the 22, but then loses it forward in the tackle.

28 – Playing with advantage and they make it count. A little kick from Manie Libbok is picked up by Leolin Zas and he needs no introduction to the tryline from there to give us a 14-11 lead.

30 – Another breakdown penalty in the 22, this time from Dayimani means we can clear.

33- Cardiff hooker steps inside and clashes with Hacjivah Dayimani’s head. The referee says that’s a yellow card so Priestland kicks another penalty to level it up at 14-14.

40 – That’s half-time in Cardiff. DHL Stormers under pressure at the end but hold out well to go in at the break all square.

42 – Pinned in our own 22 early in the second half. Masimla clears from the base into touch.

44- Cardiff score first in the second half from a cross-kick to take the lead at 21-14.

49 – Another power maul and another try for Nama Xaba brings us right back in it at 21-19.

55 – Both teams maul without making much ground.

57 – Zas collect his own chip and is tackled high. Libbok kicks to the corner.

59 – Pokomela drives over but he is held up so Cardiff can clear. Cardiff play it on the ground and Libbok kicks to the corner again.

61 – The maul tries keep coming in Cardiff. This time it is Junior Pokomela who goes over for the bonus-point to level us up again at 24-24.

67 – Both teams kicking for position with the game hanging in the balance.

68 – Offside called so Priestland kicks the points to put Cardiff back in front.

71 – Knock-on from Cardiff so we have a midfield scrum. Mngomezulu kicks into the 22 and we will come from a line-out.

73 – Cardiff win it back and clear to touch.

75 – Penalty at the maul and Libbok kicks to touch again as we look for the winning try. Ball lost in contact so Cardiff have a scrum.

77 – Cardiff get a breakdown penalty so they can clear again. Penalty at the maul for Cardiff.

80 – Priestland kicks another penalty to secure a 30-24 win for Cardiff.