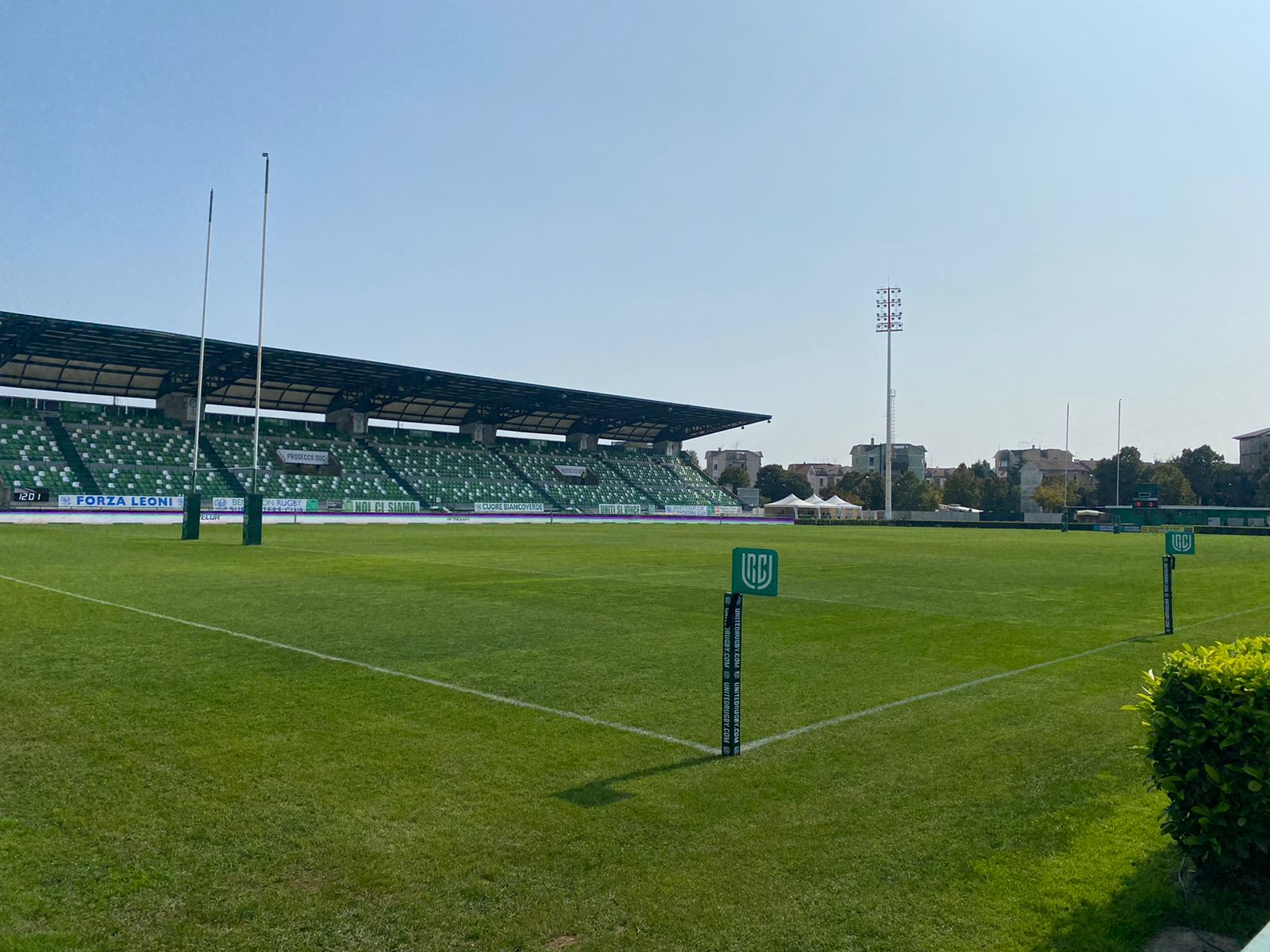 
The DHL Stormers get their Vodacom United Rugby Championship campaign underway in Treviso against Benetton today. Follow all of the action live right here.

It is a warm and sunny day in Treviso for this early kick-off, so fitness will be a factor. The DHL Stormers have named a strong team which includes three Springboks in the matchday squad and they will be looking to start this new era with a convincing performance.

0 – Kick-off in Treviso where the DHL Stormers will be looking to make an early impression in this new competition.

2- DHL Stormers start with a bang in Treviso as inside centre Rikus Pretorius pounces on a loose ball in the 22 to go over for the first try. That ups them 5-0 up early on.

5 – DHL Stormers cough up the restart and Benetton keep the ball for a period around the 22, putting the defence under pressure.

7 – DHL Stormers win a penalty in the 22 and can clear it up to halfway.

9 – Evan Roos plays the ball on the ground and the penalty attempt comes off the upright and the DHL Stormers clear it.

11 – High tackle on Paul de Wet, so Libbok sets up a line-out in Benetton territory, but it is lost.

13 – Benetton with the line-out and Roos takes the maul down, so the home side have an attacking opportunity, but they are blown up for crawling with the ball in the 22.

15 – DHL Stormers go wide to Van der Merwe, but the last pass is forward, so Benetton have a scrum on halfway.

17 – Benetton hooker Gianmarco Lucchesi finds himself in some space and runs in for the try. That gives the home side a 7-5 lead after 17 mins in Treviso.

25 – Both teams looking for territory and kicking a lot in the middle of the field.

28 – Warrick Gelant unlocks the defence and it goes out to Petersen in space, but the pass was forward.

30 – Benetton break out of their half and go into the 22, but the kick ahead is charged into touch by Gelant.

32 – Benetton on the charge in the 22 and Nama Xaba makes a crucial turnover in front of the poles so they can clear to touch again.

33- Benetton steal the line-out and come again, but it is knocked on at the breakdown, so the DHL Stormers have a scrum in the 22.

35 – Another breakdown penalty from Nama Xaba, in front of the poles 40 metres out. Libbok has a shot at goal and it goes over no problem to take the lead out to 11-7.

40 – Half-time and the DHL Stormers take a four-point lead into the break. The defence has held out well in the first half, second half the attack will need to make a difference.

41 – DHL Stormers with an early breakdown penalty, so they can try attack. It goes to the back of the line-out and Benetton claim it.

43 – DHL Stormers break out from their own half. Roos finds Gelant who kicks ahead for Petersen. The defender grounds it in-goal so the DHL Stormers have an attacking scrum.

45 – It goes to Pretorius, who gets the offload away to Ruhan Nel and he is over for the second try to take the lead out to 18-7.

47 – Benetton with a breakdown penalty this time and they are on the attack in the 22. It is turned over by Paul de Wet on the tryline, so they can clear it.

49 – Another line-out lost, so Benetton are on the attack again. Sazi Sandi with the turnover at the breakdown this time.

52 – Great run from Evan Roos takes it up to the 22. They go wide and Nel finds touch just short of the tryline. Benetton win the line-out and take it up to halfway where they win a penalty.

54 – DHL Stormers knock-on in the tackle, so Benetton have a scrum in the 22.

59 – They keep hammering away at the defence and win a penalty for not rolling away, so they kick it into the corner. It’s a maul and the replacement prop scores in the corner. The conversion goes over to make it 18-14.

62 – Penalty from Benetton flyhalf Tomas Albornoz makes it a one-point game heading into the final stages.

66 – Benetton win a scrum penalty and have a shot to take the lead, but it goes wide.

72 – Benetton with advantage in the 22 and eventually replacement Tommaso Menoncello scores in the corner to give them a 22-18 lead heading into the last eight minutes.

75 – DHL Stormers take it up to halfway but the ball is lost forward and another scrum penalty for Benetton means they can attack again.

77 – DHL Stormers go wide as they look for the winning try, but it is lost forward by Pretorius.

80 – Full-time in Treviso where the home side have come from behind to claim a tense 22-18 win. The DHL Stormers scored a try in each half, but it wasn’t enough as the Italian side finished strong.