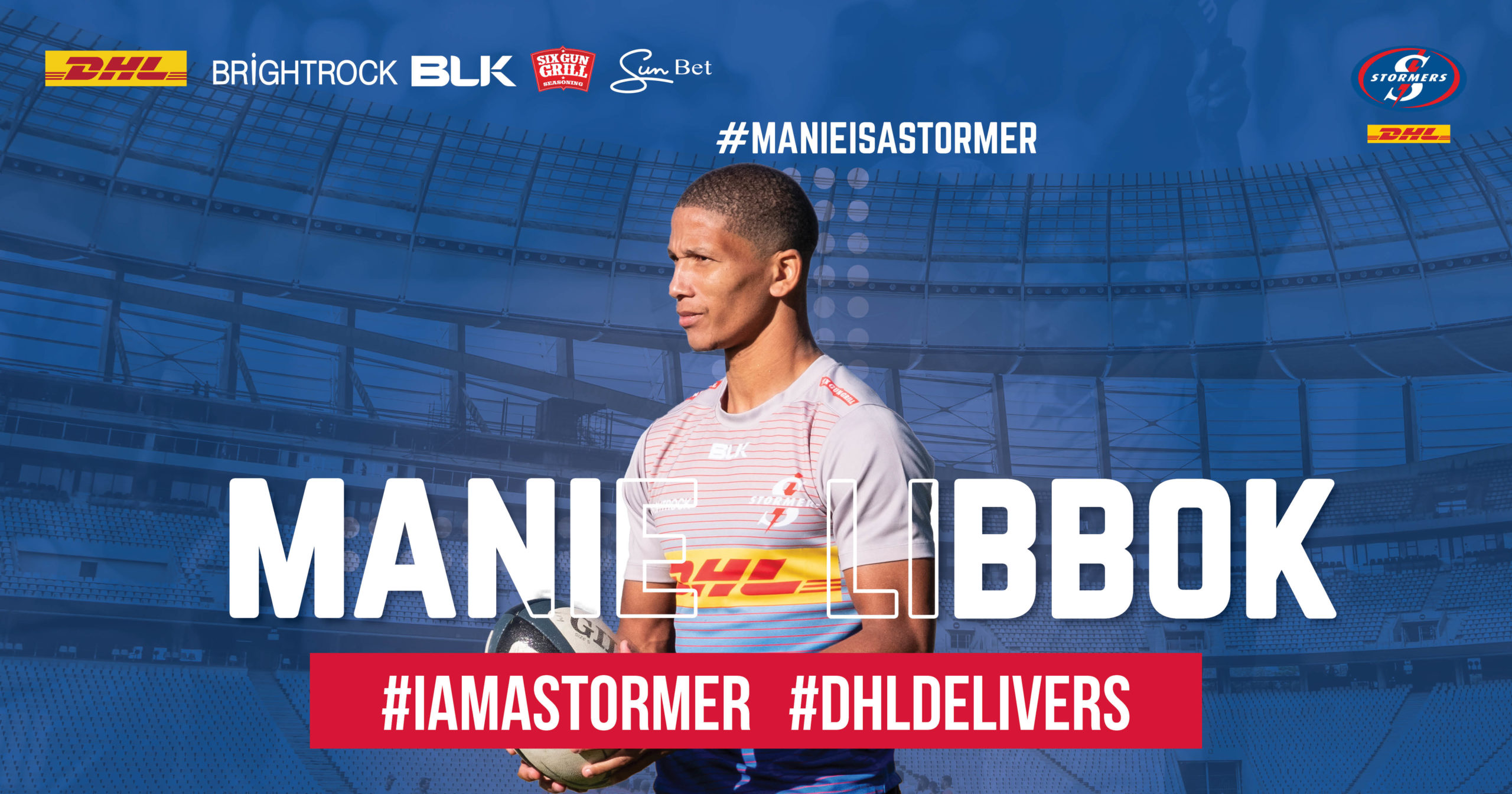 These signings come on the back of loan deals with loose forwards Junior Pokomela and Willie Engelbrecht and scrumhalf Stefan Ungerer, along with the short-term signing of experienced prop Brok Harris.

These acquisitions have bolstered the DHL Stormers ahead of a four-match tour of Europe which will see them face Benetton Treviso, Munster, Edinburgh and the Dragons in the coming weeks, without the services of the seven DHL Stormers players currently with the Springbok squad.

Libbok is a fleet-footed and versatile backline player, who is comfortable at both flyhalf and fullback, while Smith is an imposing second row forward who will add significant grunt to the pack.

DHL Stormers Head Coach John Dobson said that while both players will bring valuable depth in key positions in the short-term, they also have the potential to develop and grow their games significantly in the years ahead.

“Manie is known as a devastating runner who can threaten from anywhere on the field and Adre brings serious power and momentum, both with and without the ball.

“These two players together embody what our team wants to stand for by being hard and uncompromising up front and then a skilful threat out wide.

“They will be valuable additions this season and we know that they will be working hard to take their game to the next level over the next three years,” he said.

WPPR Chairman Ebrahim Rasool said that the acquisition of Libbok and Smith makes sense for the DHL Stormers for the upcoming campaign and beyond.

“Both of these players are 24 years old, so while they have the experience required to make an impression right away, they also have the potential to develop themselves from within our system in the coming years.

“We are very excited to see what they can offer us and look forward to seeing them in action for the DHL Stormers on an international stage in the United Rugby Championship,” he said.