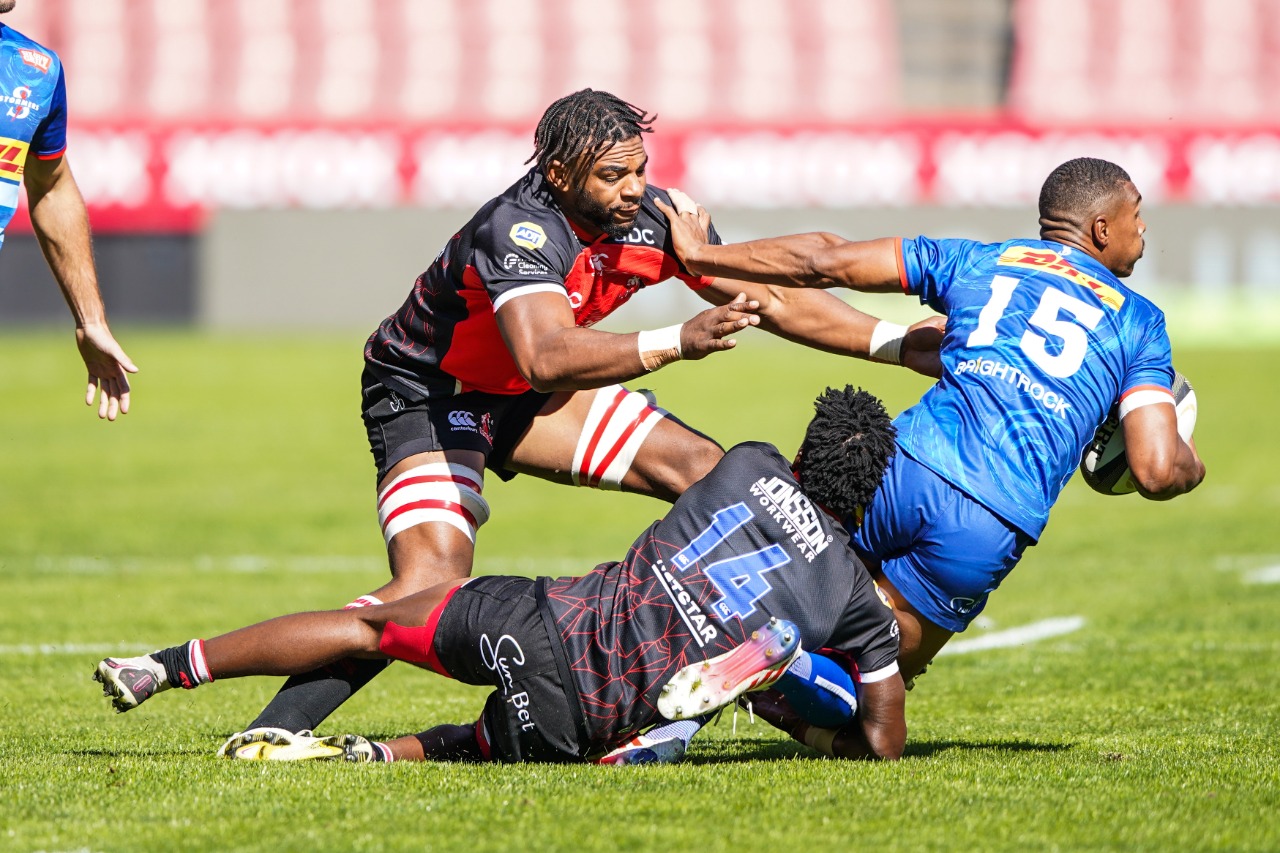 
The DHL Stormers claimed a dramatic 39-37 win with the last kick of the game in a thrilling PRO14 Rainbow Cup SA encounter against the Emirates Lions in Johannesburg on Saturday.

Despite trailing by eight points in the last five minutes, the DHL Stormers showed incredible character to fight back and secure their first win of the competition.

The teams traded penalties early on and then exchanged tries, with five five-pointers scored in the first half.

The home side got the first try via an intercept from centre Wandisile Simelane after the DHL Stormers had made an intercept in the 22.

The DHL Stormers responded soon afterwards, with an intercept from Herschel Jantjies putting them in the 22 and centre Dan du Plessis eventually gliding through a gap to score after sustained pressure and patience in the 22.

The Emirates Lions had a chip kick sit up perfectly, to put flank MJ Pelser over for the try.

The DHL Stormers delivered the next try, with a serties of powerful mauls eventually resulting in hooker Bongi Mboanmbi powring over.

However, the hosts had the final say in the first half, with fullback EW Viljoen scoring in the corner to give them a 22-15 advantage at half-time.

The DHL Stormers were level early in the second half, with flank Marcel Theunissen running a great angle to score after another maul in the 22.

The Emirates Lions went back in front when scrumhalf Andre Warner scored next to the poles after multiple phases in the 22.

The scores were level again when the DHL Stormers got over for their fourth try. Damian Willemse got up to claim a high ball and got it away to Edwill van der Merwe, with the wing stepping inside and then speeding over to score.

The Emirates Lions went back in front with a penalty 10 minutes from the end and looked to have the game wrapped up with a try from wing Rabs Maxwane.

However, the DHL Stormers refused to give in and put themselves back in the game with a second try from Du Plessis, who finished off a flowing movement that started in their 22.

Despite still trailing by one point after the hooter, the DHL Stormers held their nerve and Swiel stepped up to kick the penalty that secured the win for them.