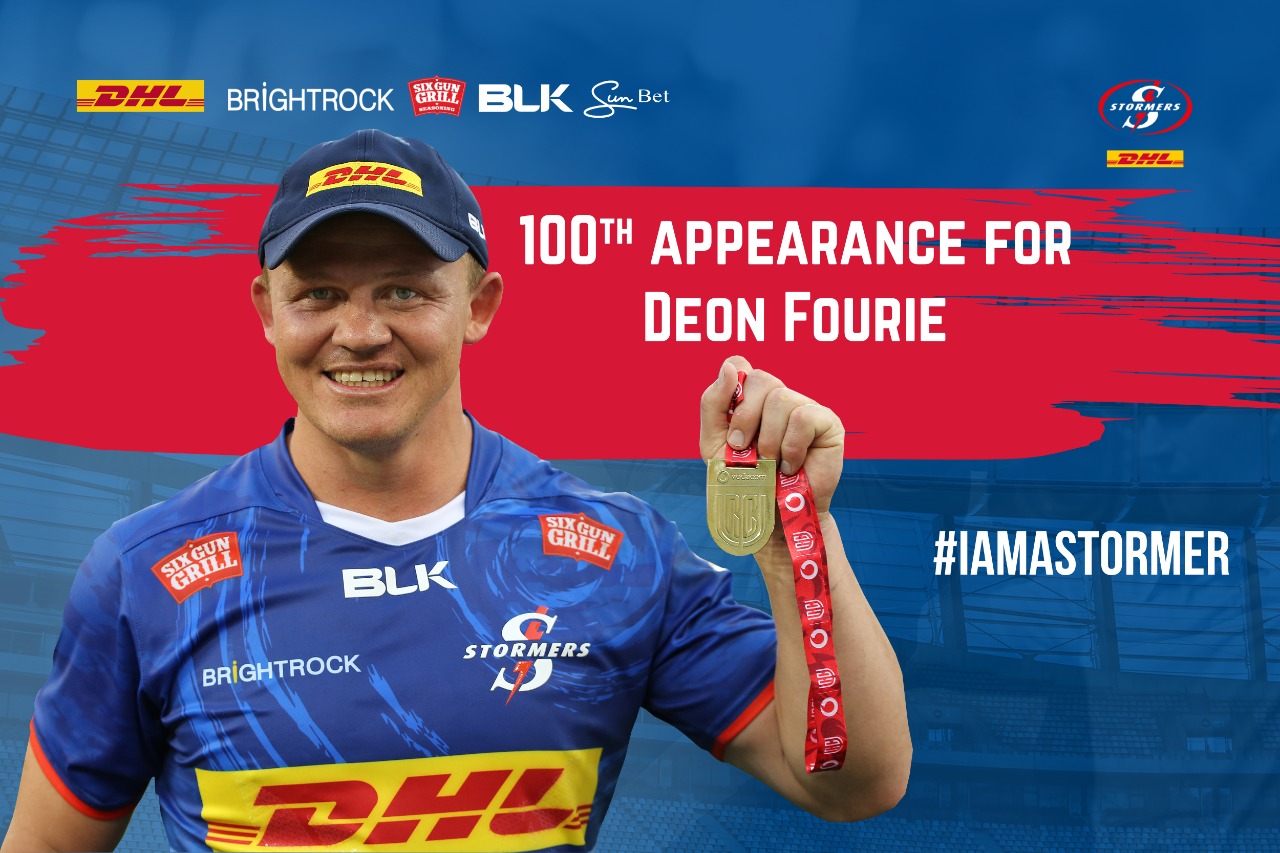 
Flank Deon Fourie will play his 100th game for the DHL Stormers in the Vodacom United Rugby Championship Grand Final against the Vodacom Bulls at DHL Stadium on Saturday.

The DHL Stormers will host the historic first-ever showpiece match in the competition’s history, which kicks off at 19h30 (SAST) on Saturday.

Fourie made his DHL Stormers debut back in 2008 and after earning 84 caps, left to play in France for seven years before returning last year. He has been a stand-out performer for the DHL Stormers this season, with his form earning him a call-up to the Springbok squad.

He will run out ahead of a DHL Stormers matchday squad which shows two changes from the semifinal win against Ulster last week.

Sergeal Petersen comes in for the injured Leolin Zas, while loose forward Junior Pokomela is included on the replacements bench.

DHL Stormers Head Coach John Dobson said that he could not be happier for Fourie.

“Deon embodies a lot of what we pride ourselves in as a team. Playing for the DHL Stormers means a lot to Deon and it means a lot to the rest of us that he reaches this milestone on such a big occasion. He deserves all the accolades coming his way,” he said.

Dobson added that he is glad to be able to bring the likes of Petersen and Pokomela in, with both players contributing to the DHL Stormers in getting to this point.

“Sergeal and Junior have shown their worth for us this season and both add something different to our squad, so we are looking forward to seeing what they can do on Saturday,” he said.

Dobson’s team have won their last 10 consecutive games and will be looking to cap that winning streak off with a trophy in front of the Faithful, but the DHL Stormers coach knows there is a massive task ahead to achieve that.

“We are up against our old rivals in a home final, so you can be sure we will be ready to give it everything we have and hopefully make our supporters proud,” he said.