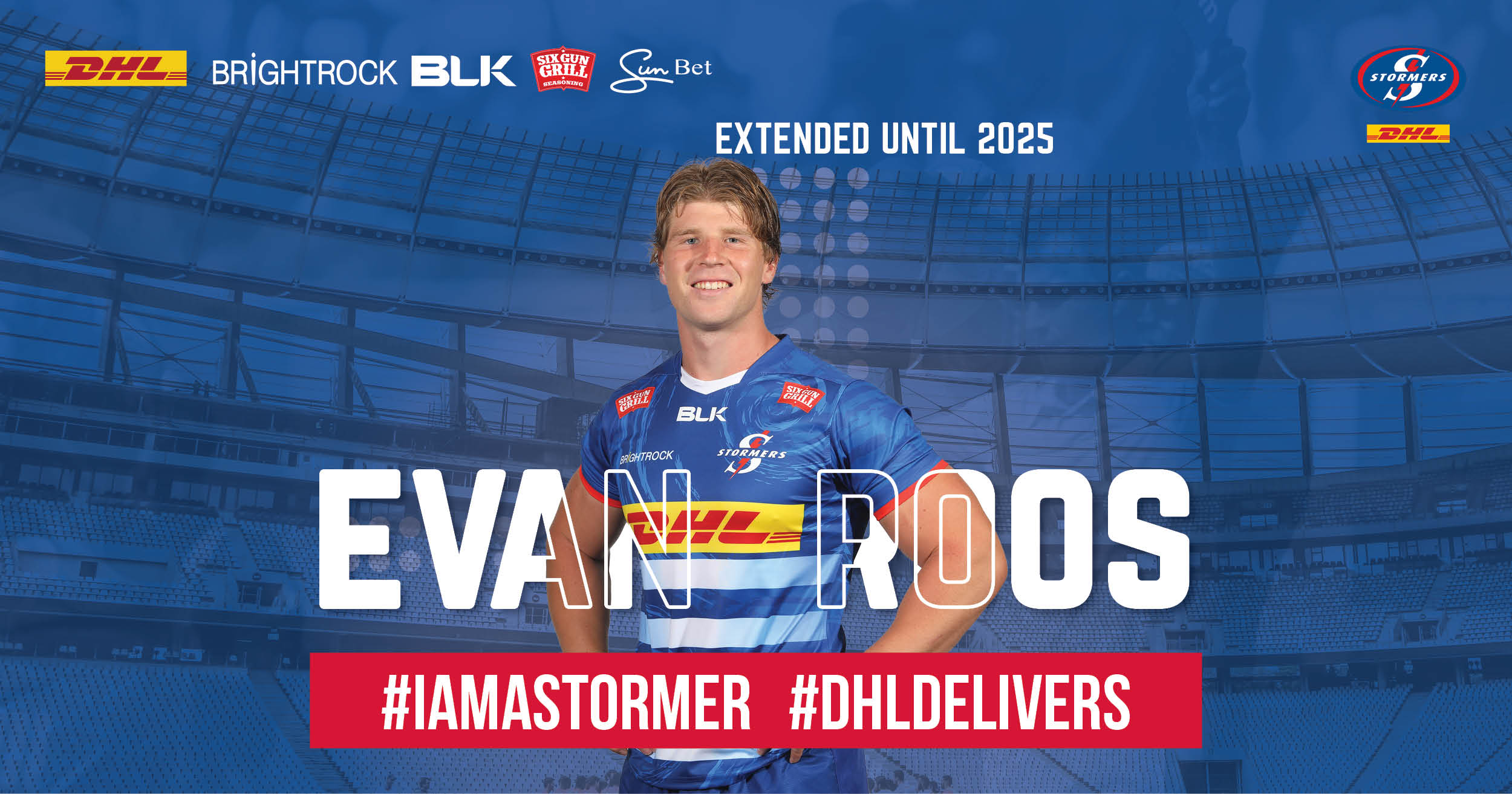 
Dynamic loose forward Evan Roos has signed a contract extension with Western Province Professional Rugby (WPPR) that will see him playing for the DHL Stormers and DHL Western Province until at least 2025.

The 21-year-old has been a revelation at the back of the scrum for both the DHL Stormers and DHL Western Province, since signing an initial contract earlier this year.

The all-action No.8 had an eye-catching Carling Currie Cup campaign, which saw him score eight tries and make consistent contributions on both attack and defence for DHL Western Province.

Having recovered from a minor leg injury, Roos in now poised to make an impact for the DHL Stormers in the upcoming United Rugby Championship, starting with a four-match European tour.

DHL Stormers Head Coach John Dobson said that given Roos’ impressive form this year, it made sense to commit him to a long-term contract.

“We are delighted to have a player of Evan’s quality on our books for at least the next four years. There is no doubt that he has made massive strides since joining us and we are excited to see how much better he can get within our system in the years to come,” he said.

Chairman Ebrahim Rasool said that if this long-term contract doesn’t signal WPPR’s intention to build a squad of the highest quality, nothing else will.

“Evan has thrived in our system this year. This extension is part of our growth and consolidation strategy. There will be others in the period ahead as we further implement our Vision 2023, which we announced some time ago.

“We are also looking forward to confirming a few additions which will strengthen our squad next week ahead of the United Rugby Championship,” he said.

Roos said that it made sense for him to commit to WPPR given how he has grown in the environment both on and off the field this year.

“I really feel at home here and I am looking forward to the next four years, working with the coaches and players that we have here to achieve greater things.

“I am still quite young and have got great opportunities to grow as a player here already, so to know that I will be here for at least the next four years means that I can focus on my rugby and doing what I love most,” he said.