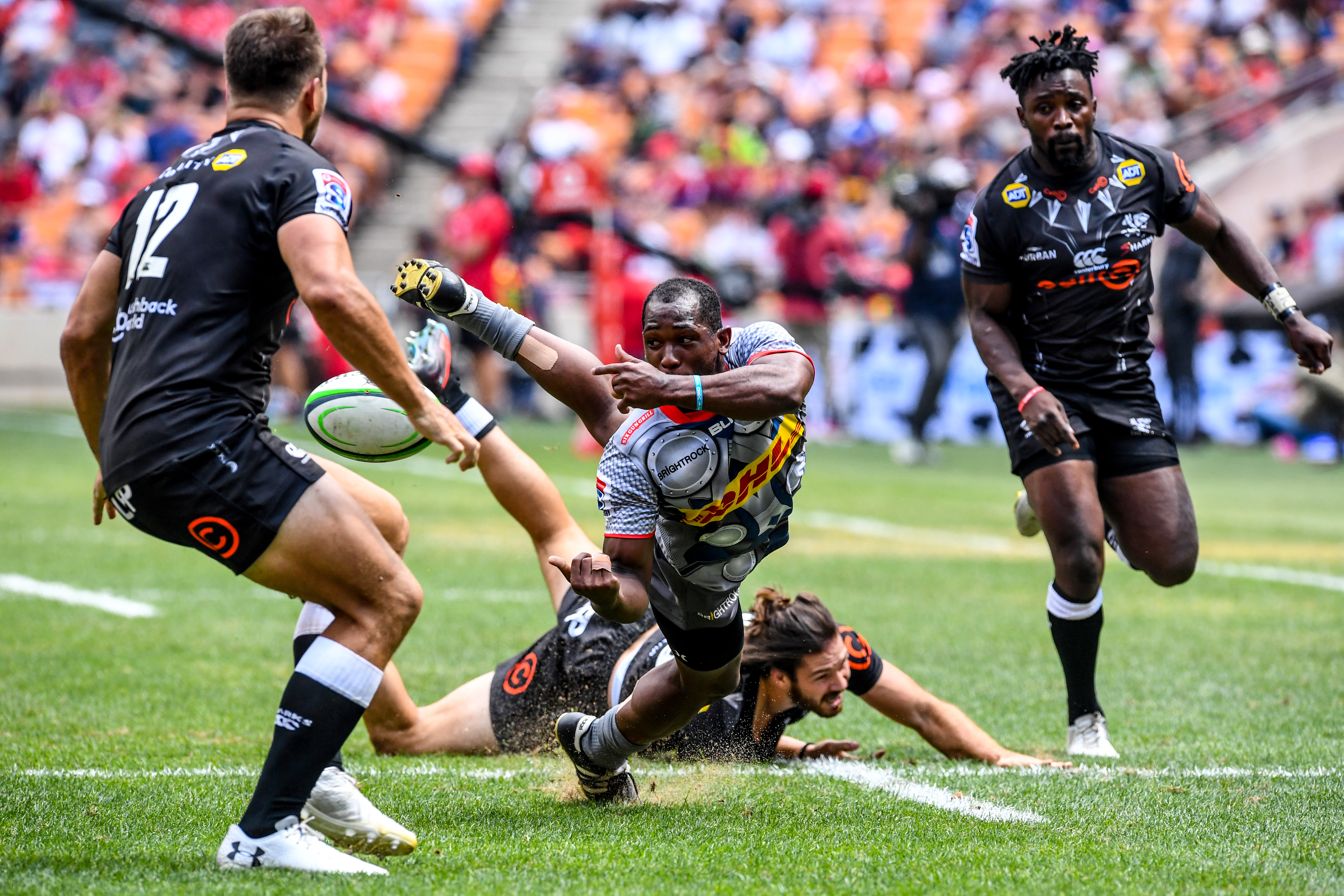 
DHL Stormers Head Coach John Dobson was encouraged by some of the individual performances in his team’s 21-19 victory against the Cell C Sharks on Vodacom SuperHero Sunday.

The 26-man DHL Stormers squad was forced to dig deep to secure a narrow win in an entertaining clash which saw both teams score three tries at FNB Stadium in Soweto.

Dobson admitted that the starting forward pack did not fire as expected in the pre-season match, but was full of praise for the impact of the replacements as his team closed the game out in the second half.

“I was a bit frustrated towards the end of the first half, because we just weren’t working how we should have in the forwards.

“I thought our maul defence was poor and we need some clarity, we just haven’t worked hard enough with them. I was also disappointed with that scrum penalty we gave away in the first half, but by the end I was very happy.

“It is unlikely that any of the guys on the field at the end will start our first game, but the way we finished was very impressive,” he said.

Starting scrumhalf Herschel Jantjies scored a brace of tries on the day and formed a promising halfback partnership with Damian Willemse which Dobson expects to see far more of in the years to come.

“Herschel is becoming a talisman in our side, our job for the good of the franchise and South African rugby, is to make sure that him and Damian [Willemse] form a real understanding, because I think that is the future potentially,” he said.

There were a number of other players that caught the eye at FNB Stadium, with the younger generation showing the benefits of some hard work in the off-season.

“Kwenzo Blose at loosehead was outstanding when he came on. David Meihuizen who played fifth team at Paarl Boys High even though he is 2.08 metres tall, caught and won every line-out.

“Godlen Masimla, who I talked up a few years ago, showed plenty of hunger when he came on. Jean-Luc [Du Plessis] also made a bit of a difference when he came on the field. Then Ruhan Nel, for a guy whose last contact was Cape Town Sevens, there were a lot of good individual performances,” he said.

One player who does not lack experience is Sergeal Petersen, who was impressive under the high ball and in open space. His performance left Dobson encouraged by the depth of strike power the DHL Stormers have out wide.

“I don’t think there is anybody better out of the air, he [Petersen] is not the biggest guy but we probably rate him our number one winger. He is exceptional, we are really blessed there because Leolin Zas was outstanding in the rain in Knysna against the Kings on Friday. Then with Edwill [van der Merwe] and Seabelo [Senatla] we have got real depth there,” he said.

The DHL Stormers will kick their 2020 Vodacom Super Rugby campaign off against the Hurricanes at DHL Newlands on Saturday, February 1.