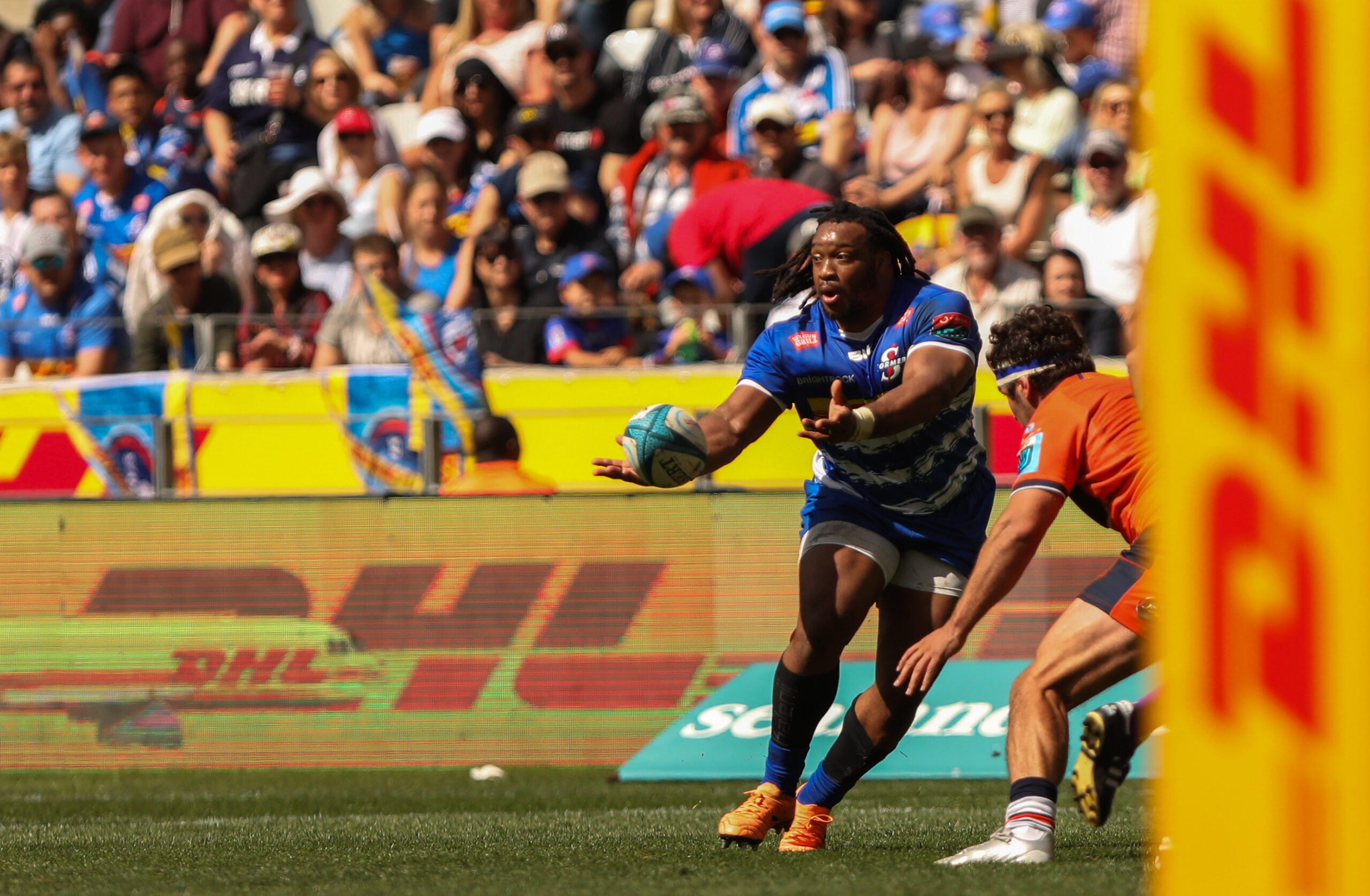 
Bruising Springbok hooker Joseph Dweba is at the start of a long journey with the DHL Stormers and is set to leave a trail of destruction in his wake.

Dweba is a blockbusting bruiser who is on a mission to prove why he is a headline act not to be missed.

The front-row powerhouse, who spent the past two years playing in France for Top 14 side Bordeaux-Bègles, announced himself to the DHL Stormers faithful with a try-scoring debut in the 2022-23 Vodacom United Rugby Championship victory over Edinburgh in round three.

Dweba signed a three-year deal with the defending Vodacom URC champions during the pre-season, and fans cheered the arrival in Cape Town of the rampaging Springbok rake.

The former Toyota Free State Cheetahs star flew out of the blocks against Edinburgh when he powered across the line from the back of a red-zone maul at DHL Stadium.

“This is a very exciting time for me and my family, it is great to be home and playing my rugby for the DHL Stormers,” he said.

A former SA Schools and Junior Springbok, Dweba made his Test debut against Argentina last year after featuring prominently for South Africa A in their win over the British & Irish Lions.

However, the burly four-Test hooker endured a trying time at Bordeaux last season where his game time was limited and he consequently battled for form when called on to play for the Boks.

DHL Stormers coach John Dobson has no doubt that, with the backing and support of management and fans, Dweba will gain ‘cult hero’ status in Cape Town.

“He needs a bit of squeezing and a bit of love. He needs us to back him,” said Dobson. “Joseph just needs to play.

“I understand that at Test-match level your margin is smaller in terms of time and you have to make instant changes. We have a long journey to walk with Joseph, over the next three years.”

Dobson is very excited about what the 26-year-old can offer the DHL Stormers upon his return from international duty in Europe.

“We took Joe on a medium-to-long-term investment, and only had him a few weeks with us due to his Springbok duties, and when he gets back we hope we can build a nice innings with him.”

“What blew me away was his scrumming. I didn’t know that, I must admit. There was one scrum [in training] and André-Hugo Venter popped out and he was looking cross-eyed.

“Joseph has an amazingly powerful hit. If you throw in our props next to him, that’s very exciting. Another thing, of course, is his carrying. He is a really good carrier.

“He needs to play quite a bit and feel the support in the environment he has here. He will get better and better. This is somebody who can be a cult hero at this stadium.”