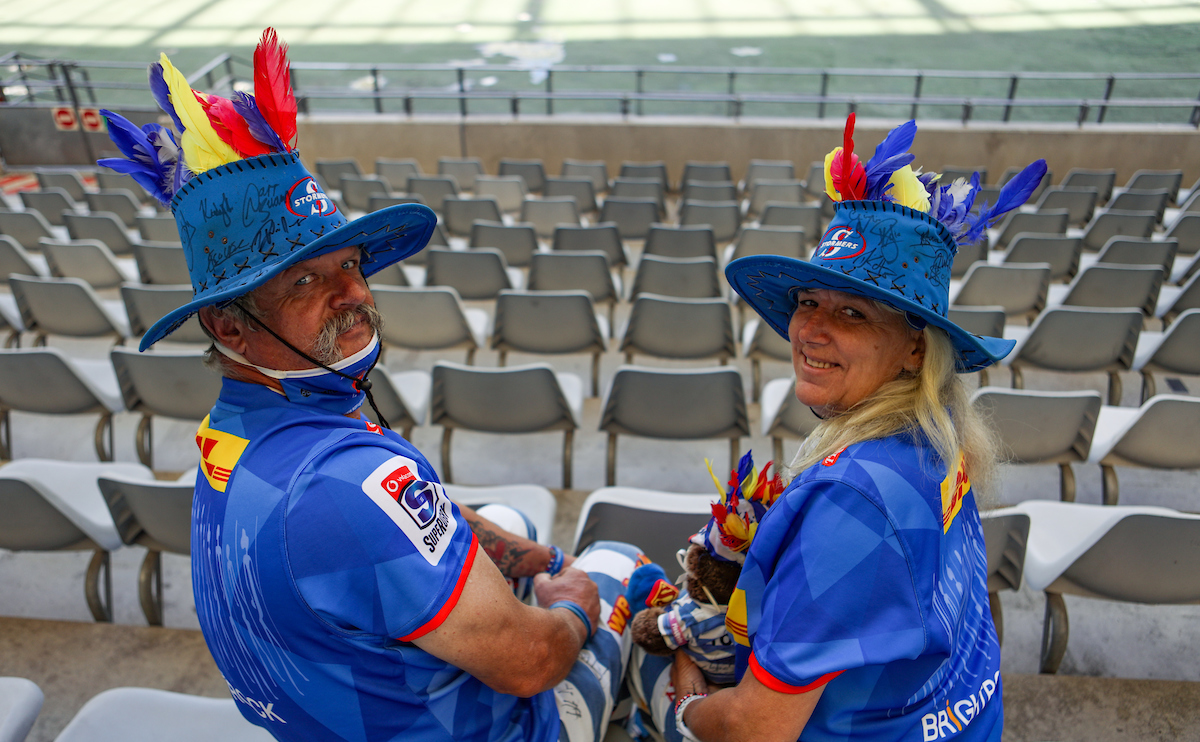 
The return of crowds for the DHL Stormers’ Vodacom United Rugby Championship clash with the Emirates Lions at DHL Stadium will be a big deal for all fans, but for two dedicated members of the Faithful it will be particularly significant.

Riette and Kobus Koegelenberg are no ordinary DHL Stormers fans. They have converted their home in Kleinmond and their car into shrines to the team.

They also had a proud record of attending every single home game they could, until the COVID-19 pandemic struck in early 2020, leaving them stranded on 199 consecutive matches.

Through the lockdown they waited patiently for matches to be opened up to spectators and on Saturday they will finally get to their double century as the DHL Stormers face the Emirates Lions in a Vodacom United Rugby Championship match at DHL Stadium in front of a limited crowd of 2000 spectators.

It is a moment that they have been waiting over 18 months for and Riette says that they will be soaking up every second.

“We are so excited, we will be there in our kit and sitting with the Stormtroopers, so it will be great to see them again.

“As Faithful fans we are all one big family and of course the DHL Stormers players, who are like my kids,” she said.