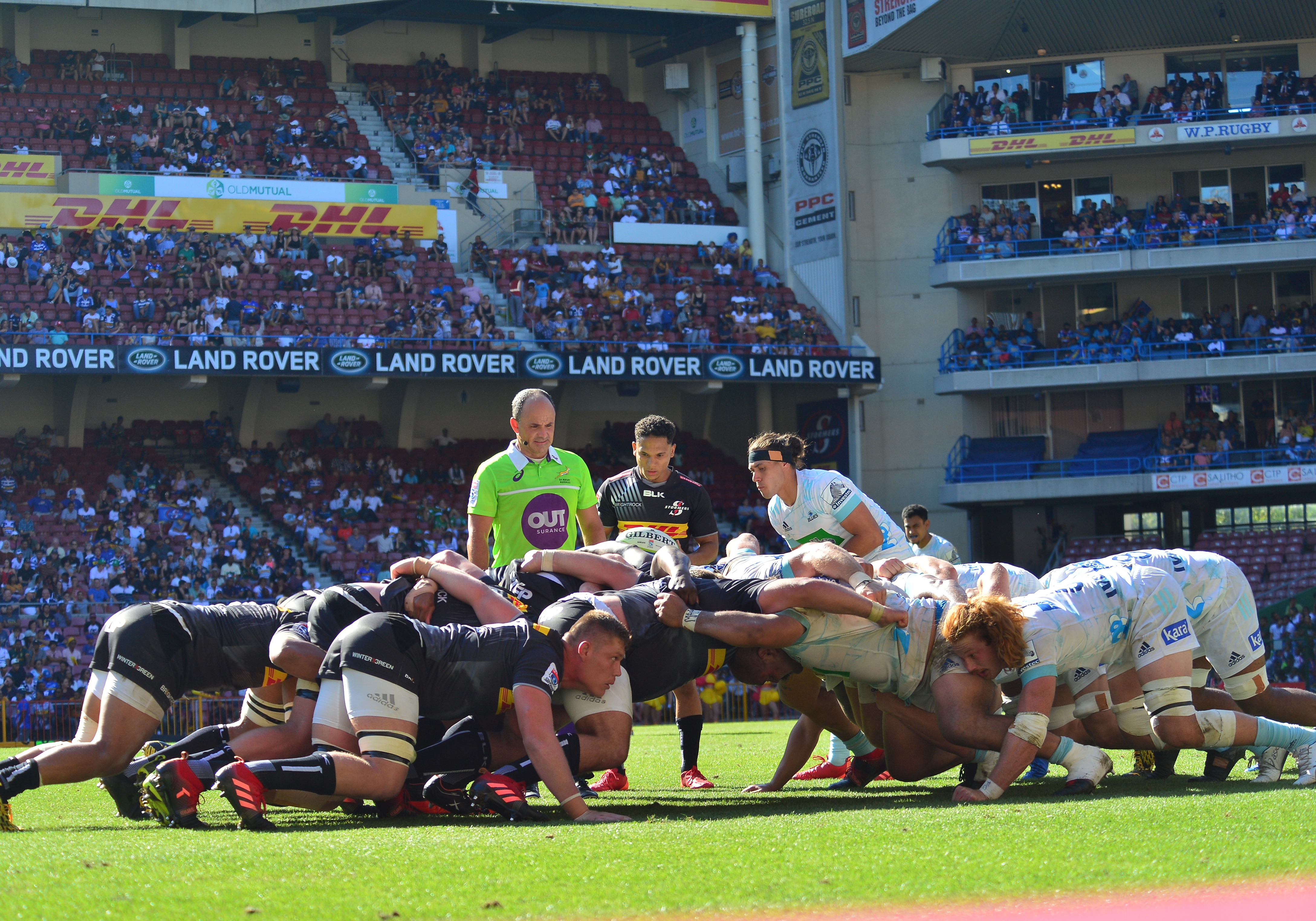 
Five wins in a row for theDHL Stormers were not to be as a spirited Blues side came to DHL Newlands intent on dominating from the first minute, which they did.

First points on the board for the Blues came through a penalty just a few minutes into the game by flyhalf Otere Black.

Shortly thereafter, it was try time for the Blues. Right wing Joe Marchant scored after a two-on-one situation, which was converted by Otere Black and the Blues were quickly into a 10-0 lead.

Minutes later there was a scrum penalty against the Stormers just outside their 22, 15m in. Otere Black kicked the penalty and suddenly the Blues were 13 – 0 ahead.

A Blues line-out on the Stormers 22 led to slick handling by their backline and quick recycling and, four phases later, a try by No 7, Dalton Papalii. The conversion attempt was successful by Otere Black, giving the Blues a 20-point lead.

In the 25th minute, from a scrum penalty advantage, Trokkie Augustus went over next to the poles, giving the Faithful some hope and plenty to cheer about! The conversion by Damian Willemse took the score to 20-7.

As time crept towards half time, Sergeal Petersen, running a great line from behind the maul that the Stormers were dominating, scored near the poles, which was converted by Willemse. All seemed not to be lost, however, a try by Blues No 14 Joe Marchant on the stroke of half time made the lead fairly comfortable again. Otere Black converted and it was 27-14 as the players went into the changerooms.

The second half started with more territory dominance by the Blues, but decent defence by the Stormers kept them at bay until a high tackle by replacement lock Salmaan Moerat resulted in a penalty for the Blues, slotted by Otere Black to take the visitors to a 30-14 lead 15 minutes into the second half.

Not long afterwards, a deliberate knock-down by Herschel Jantjies resulted in a penalty, slotted by Otere Black, taking the score to 33-14 to the visitors. And that was to be the final score in a game that the Blues totally dominated in terms of possesion and territory.

A bye week next will give the DHL Stormers plenty of time to right the ship about before they take on the Sharks away in Durban in two weeks.