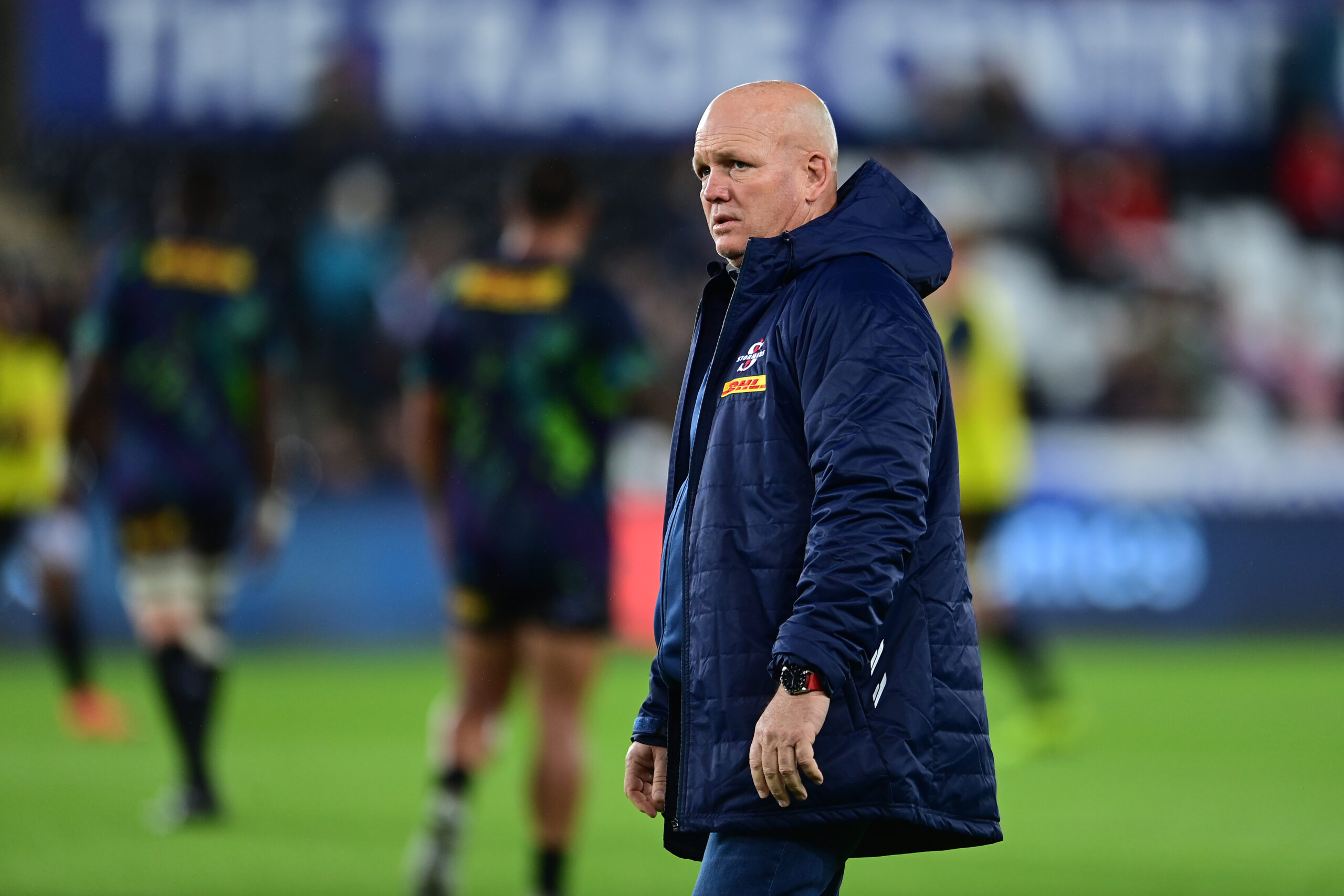 
You could say it rained reality for us against the Ospreys. The reality was of how demanding the league is, the contrasting conditions from playing in the wet up north one week and the next in the blazing South African sun.

It was also a reminder for the players that if you are in any way off your game, you won’t get the maximum result. The teams are very evenly matched, and this is being borne out with the results we see every weekend.

I was born and raised in the Cape and I played all my rugby in Western Province. I know a cold Cape winter, but I had not experienced rain like we did in Swansea. Television footage just didn’t do justice to the difficulty of the conditions and fair play to both sides for still managing to make a match of it.

I love the challenge of the Vodacom United Rugby Championship and it is a league that excites our players. They want to defend the title and they are striving to improve with every match.

We have 17 league points from four matches, with two of them having been played overseas. Last season, we had seven league points after five matches, so there has to be context and perspective.

It is important to constantly remind ourselves of where we came from and what we are achieving. We are in a very good place, in the league, mentally the players are strong and the biggest positive is in player resource and player development.

I mentioned to the media, post the 16-all draw to the Ospreys, that we are in a stronger space in player depth than we were a season ago.

What the league has taught me is to trust my instinct as a coach and a selector. Good enough is old enough and the only way these youngsters will get experience is when you play them.

They need to be exposed to all different types of conditions, opposition and match pressure situations. You can try and simulate match situations at training, but it is never the same.

We obviously want to win every time we play but the need to expose every player to matches is as much a long-term plan, as it is a short-term formula designed to accommodate the game-time needs of the entire squad. We pick players because we believe they are good enough to get the results.

We’re unbeaten in 15 matches in the league and have lost one in our last 19 over the past two seasons. That is a remarkable achievement when you consider the quality of the opposition, the nature of the league, the travel component and the absolute contrasts in playing conditions.

I felt we did enough to beat the Ospreys but acknowledged we did not manage the final 10 minutes as well as we could have or should have. We will take lessons from the situation and our players will gain from the experience.

You play the game to win and not draw it, so there was obvious disappointment that we left Swansea with two league points and not four.

But, as I keep on saying, there is also the realism that there was reward in the result and last season we saw just how close the league standings were when it came to who finished second and who finished seventh. There was one result separating six of the teams.

I always enjoy touring and the group has gotten tighter on tour. We would have given game time to every player, which has been very satisfying as a coaching team.

We have managed to bring some experienced players into the tour at a later stage and alternated in such a way that we could also send some players back home.

Game time management will be crucial in the final stretch of this league, especially with the additional participation in the Heineken Champions Cup.

We love your support and feed off all the good will. We’ll embrace the challenge of Cardiff this weekend and our final ‘tour’ match against the Emirates Lions in Johannesburg is shaping as a cracker, given the quality of their performances in the past month.

I keep on saying it, but this is a great league, and it continues to showcase just how much talent we have in South African rugby.