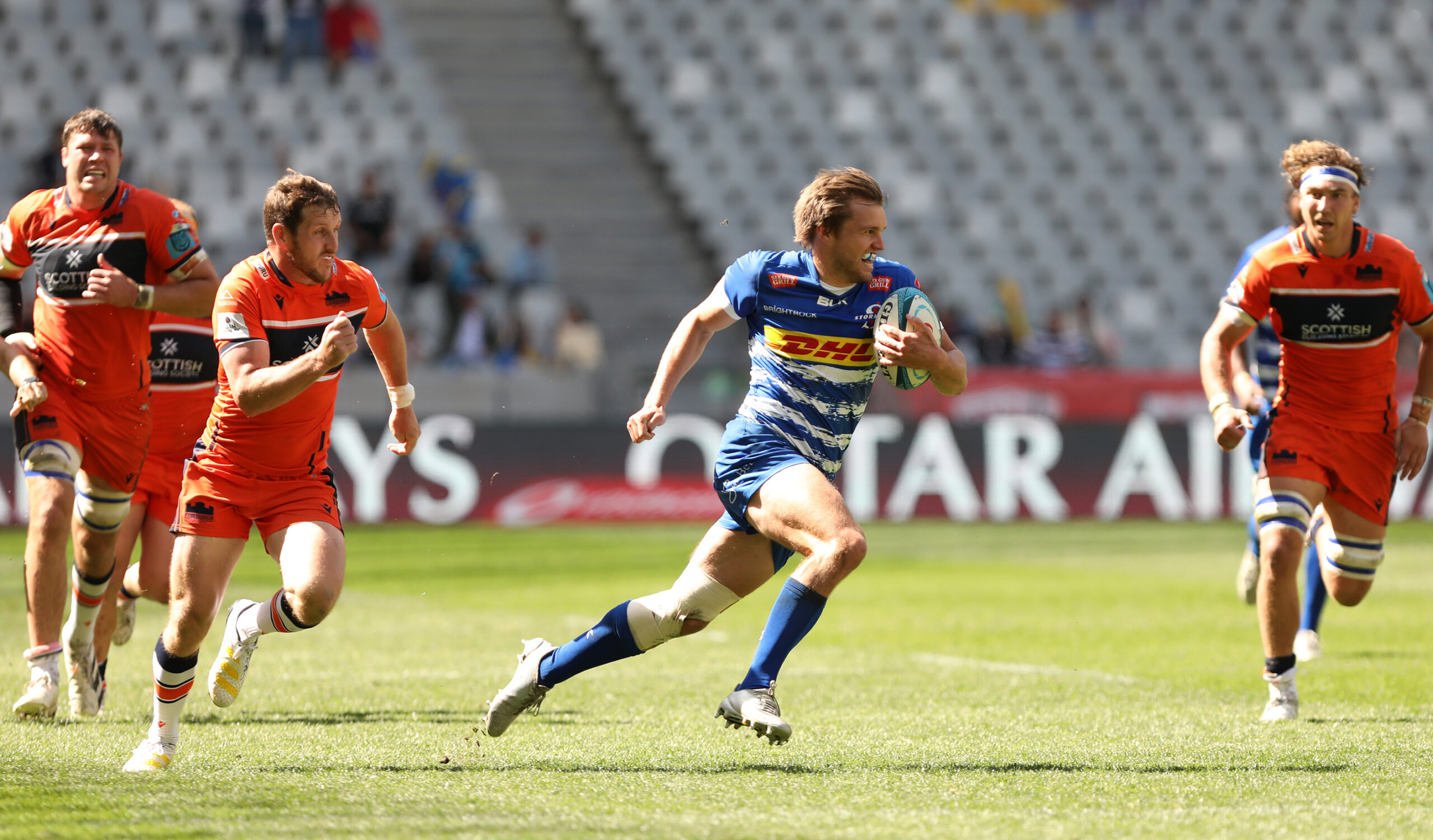 
Back and firing on all cylinders, Dan du Plessis has anchored the midfield and is set to play an important role in the DHL Stormers’ Vodacom United Rugby Championship title defence.

With Rikus Pretorius having moved to Japan, Damian Willemse away on Springbok duty, and injuries to Ruhan Nel and Juan de Jongh, Du Plessis stepped out of the shadows to stabilise the backline in the opening weeks of the 2022/23 Vodacom URC.

The centre had not played since February when he suffered a serious concussion.

Three weeks prior to that, Du Plessis had been enjoying a good campaign – picked ahead of Willemse in the No.12 jersey to face the Cell C Sharks in Cape Town, Du Plessis starred against opposite number Lukhanyo Am, with his direct running helping the DHL Stormers claim a 20-10 victory.

“I thought he was outstanding. He is a classic 12, nice and direct, physical,” said Stormers coach John Dobson after the match at DHL Stadium in February.

“Our plan was to go through the middle and I thought Dan did it really, really well.”

Unfortunately, the injury curse is something that has plagued Du Plessis, preventing him from realising his immense potential.

The son of the gifted and mercurial former Western Province and Eastern Province Springbok centre (and flyhalf) Michael, and nephew of former Springbok speedster Carel “The Prince of Wings” du Plessis, Dan was born into a family with a rich rugby history in the Western Cape.

Schooled at Paul Roos Gymnasium in Stellenbosch, Du Plessis was a precociously talented young rugby player, represented DHL Western Province and South Africa at U18 level and was part of the Junior Springbok squad that won a bronze medal in the 2015 U20 World Championships.

Du Plessis made his breakthrough for the Stormers in 2016, starting three of their final five matches of the season in the absence of De Jongh and Johnny Kotze.

However, after carrying that momentum into the early parts of the 2017 Super Rugby season, Du Plessis suffered a serious shoulder injury that kept him out of action for more than a year.

It would be the first of a long run of injury setbacks that have kept him off the field for longer than he has been on it.

At his best, Du Plessis is a bustling midfielder, at six foot and weighing around 100kgs, with a strong leg-drive and a surprising turn of pace.

Dobson has emphasised the need for a strong squad as the Stormers prepare to wage war on two fronts – the Vodacom URC and Heineken Champions Cup.

This will be music to Du Plessis’ ears as he chases game time, linebreaks and ball-carriers in equal measure.