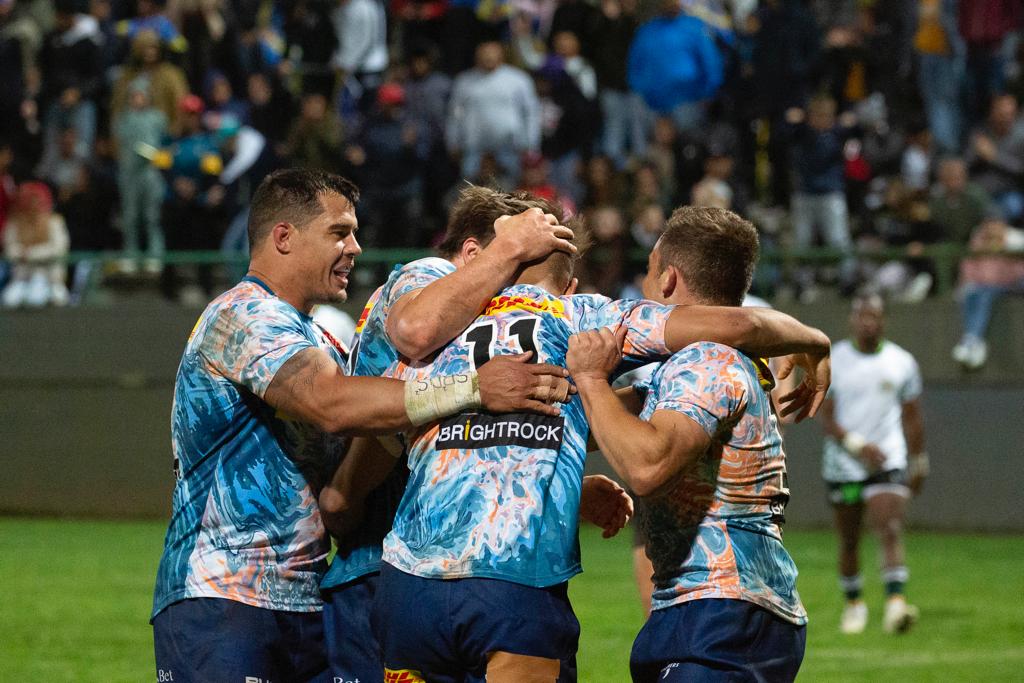 
A DHL Stormers XV scored 14 tries on their way to a convincing 94-7 win against the South Western Districts Eagles in a pre-season friendly in George on Friday night.

Young backline star Suleiman Hartzenberg scored four tries on his own, while captain Junior Pokomela got a double in a dominant display which saw 26 players get a good pre-season hit-out.

The DHL Stormers XV were struck an early blow when centre Juan de Jongh limped off with a knee injury, but it did not take them long to get on the scoreboard as fullback Clayton Blommetjies crashed over following a sustained period of attack in the 22.

The second try came courtesy of the forward pack, with skipper Junior Pokomela going over from a powerful maul close to the tryline to make it 14-0.

The forwards continued their dominance and struck twice more, with Pokomela going over for his second before lock Adre Smith both forced his way over from close range.

The backs got in on the act when it was sent out to young Suleiman Hartzenberg, who showed impressive pace before stepping a few defenders to score under the poles.

The sixth try came just before half-time, with No.8 Marcel Theunissen going over to make it 42-0 at the break.

The tries kept coming in the second half, with tighthead prop Lee-Marvin Mazibuko diving over after running a great support line before scrumhalf Godlen Masimla showed a clean pair of heels to score in the corner.

Centre Chris Hollis added another five-pointer before the home side got one back, with wing Curtley Scheepers finishing in the corner to the delight of the crowd.

Hartzenberg had his second try as he slid over in the corner to finish off a flowing counter-attack which saw just about every backline player touch the ball.

There was still time for Hartzenberg to score his fourth, which was a stunning individual effort which may well have been the best of all, before Ruhan Nel finished things off with a late try in the corner to cap a commanding performance.