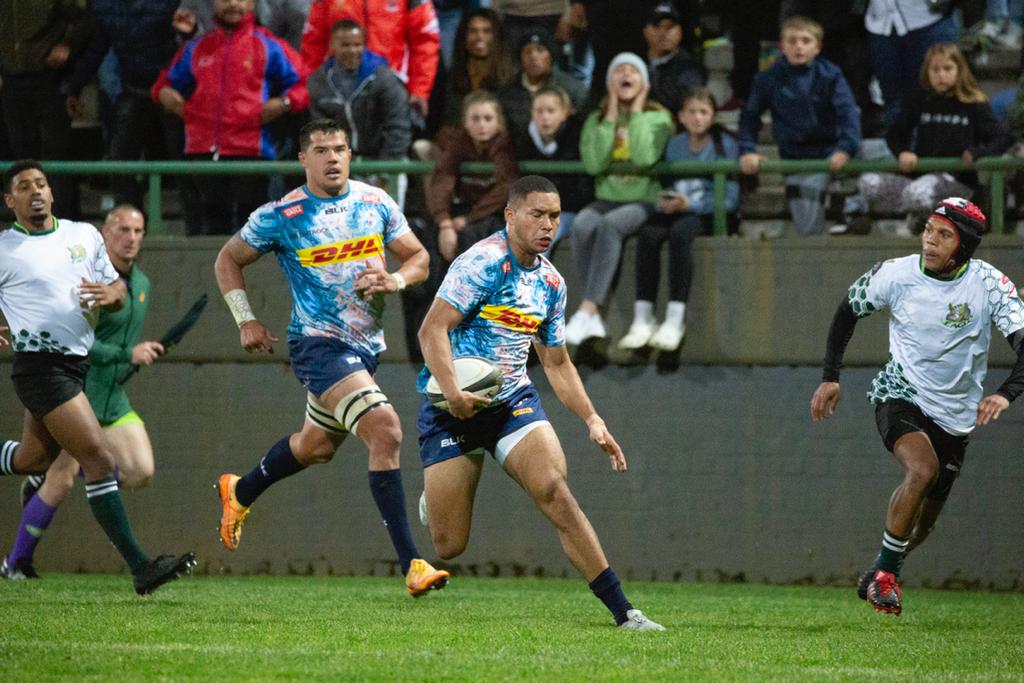 
The DHL Stormers XV scored two tries in a 21-12 defeat against the Cell C Shark in a pre-season friendly in Gqeberha on Friday.

The two teams had a final pre-season hit-out on the Kolisi Field at Grey High, with the Durban outfit scoring three tries to finish on top.

The DHL Stormers were under defensive pressure early as first Junior Pokomela and then Suleiman Hartenberg were shown early yellow cards.

Despite playing for 20 minutes with just 14 men, they defended manfully to hold the Cell C Sharks out.

The Durban side eventually scored from a counter-attack sparked in their own half and finished off by Curwin Bosch, but the scores were level soon afterwards as the DHL Stormers forwards made great use of their first attacking opportunity in the 22 with a penalty try awarded from a dominant maul.

The Cell C Sharks forced their way over for a second try on the stroke of half-time to take a seven-point lead into the break.

DHL Stormers XV hit back straight after half-time with a try from Pokomela in the corner from a maul, but the Cell C Sharks responded with a try from wing Thaakir Abrahams to make it 21-12.

Both teams made a number of changes in the second half to give as many players as possible gametime, which saw the game lose some continuity.