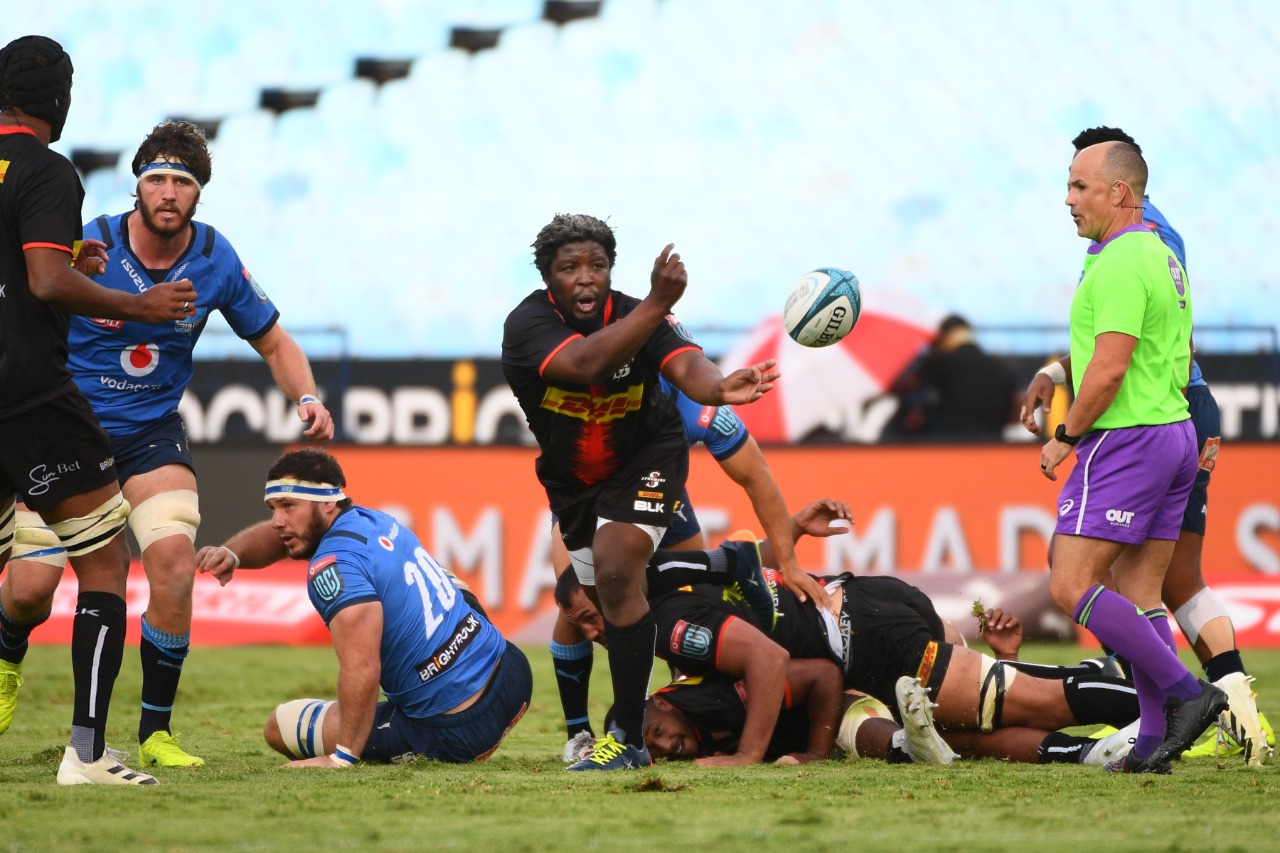 
The hard work that the DHL Stormers have put in over the last few weeks paid off with a win at Loftus Versfeld on Saturday, with the challenge now to back that up over the next three weeks.

After racing out to a 18-0 lead in the first half-hour in Pretoria, the DHL Stormers found themselves behind heading into the last 15 minutes and facing a Vodacom Bulls team with three Springboks on their replacements bench.

Despite the difficult situation, the team dug deep and showed incredible character to come up with late tries from scrumhalves Herschel Jantjies and Paul de Wet to pull off a 30-26 win.

Head Coach John Dobson said that after all the hard work that had been out in over the last few weeks, it was particularly satisfying to see his team produce the goods when they needed them the most.

“We put a lot into this game and we worked really hard over the last few weeks. These derbies are almost eight or 10 point swings, so they are really important to us.

“It was special, they showed character. At one stage to be honest I thought we were well-beaten.

“To come up here and play against a team loaded with Springboks and then to find that at the end was very special,” he said.

While the coach were happy with the way the team found a way to win, Dobson also paid credit to the Vodacom Bulls, who managed to put the DHL Stormers under immense pressure at times.

“There were a couple of key moments when they could have buried us. They were so dominant and were getting so many 22 entries. We had to defend eight five-metre line-outs and the whole plan was not to give entries, so the way the Vodacom Bulls got into our 22 was a really good reflection on them.

“I’m amazed at the way we clawed our way back, the way Warrick Gelant came on and put in a match-winning performance was probably the only thing that was going to get us in the position we were in.

“Our territory game and the way we kicked down the field and used attacking kicks was our plan working. But our plan was definitely not to give the Vodacom Bulls 22 metre entries and I thought we were poor in that area through discipline and mistakes we made,” he said.

Looking ahead, with three more South African derbies coming up in the next three weeks, Dobson knows that his team will have to keep working just as hard and show the same sort of character that saw them pull off the win at Loftus Versfeld.

“We want to climb up the table, we are going through a bit of a rebuild and we don’t know what the qualification for Europe is going to be next year, but we all want to be at that table,” he added.