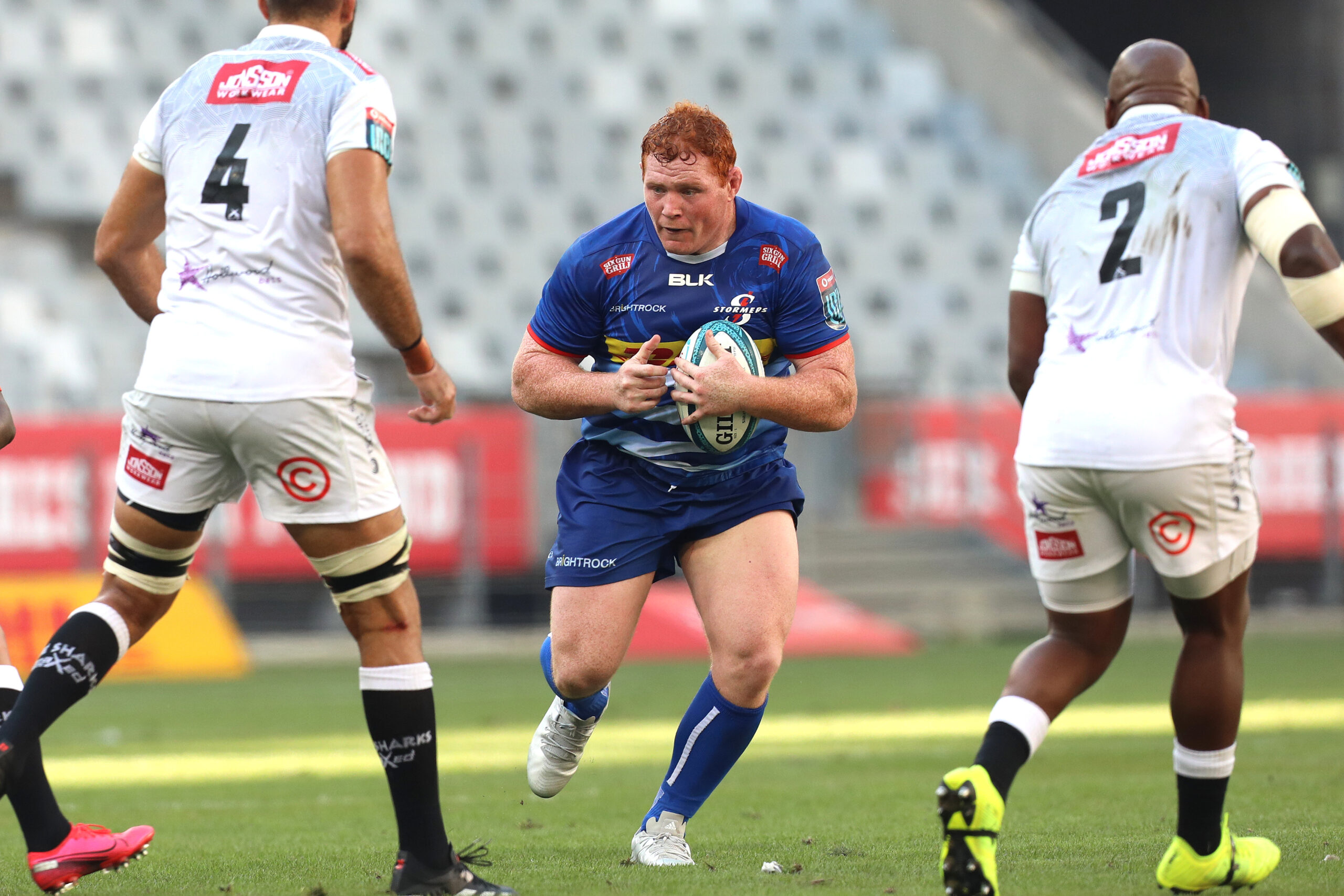 
While satisfied with the effort and intensity in his team’s 2-10 win against the Cell C Sharks at DHL Stadium, DHL Stormers captain Steven Kitshoff knows that his team can still sharpen up and make better use of their opportunities.

The home side scored two tries in a dominant performance in front of the Faithful at DHL Stadium, but while full of praise for the way they shut the opposition out of the game, Kitshoff knows that they can still be more clinical in finishing their chances.

This weekend they travel up to Johannesburg for another South African derby against the Emirates Lions and Kitshoff is clear on what they will need to work on before that trip.

“We definitely need to go back and figure out the small mistakes we made, the handling errors and the opportunities we didn’t capitalise on and take that into Joburg next week and try to execute a bit better, but still come with the same work-rate, attitude and intensity.

“I can’t fault the effort and the attitude and willingness, if there was a linebreak or a kick-chase we kept the pressure on. This team is willing to work for each other like demons,” he said.

Kitshoff added that a major factor was the support they got from their Faithful fans in the stands at DHL Stadium.

“It was absolutely amazing, all credit to the Faithful. It was so noisy at one stage you couldn’t actually hear the line-out calls from Marvin,” he revealed.

With a win at Loftus Versfeld against the Vodacom Bulls and a draw in Durban against the Cell C Sharks last week, the DHL Stormers are starting to build some confidence in their game.

“We had seven points on the road which gave us some confidence and momentum. We knew exactly what our plan was and how to handle the Sharks’ kicking game and really worked hard on our set-piece,” Kitshoff explained.

One area that the captain was especially pleased with was at scrum-time, where his side bounced back well after being put under pressure in Durban.

“We definitely built an innings in the scrums, we started off with a scrum penalty against us but as the match went on Scarra, Brokkie and the back five definitely got more confidence and towards the end of the game we actually sealed a nice penalty for us.

DHL Stormers Head Coach John Dobson echoed Kitshoff’s sentiment that they could have made better use of their opportunities, but added that otherwise the team had played according to the gamplan and got good reward for it.

“I thought we squandered quite a bit, we played much better than last week but we must have left about four or five tries out there.

“We wanted to play with more rhythm and attack quite directly, which I thought we did well in the second half, and then of course to kick in behind,” he said.