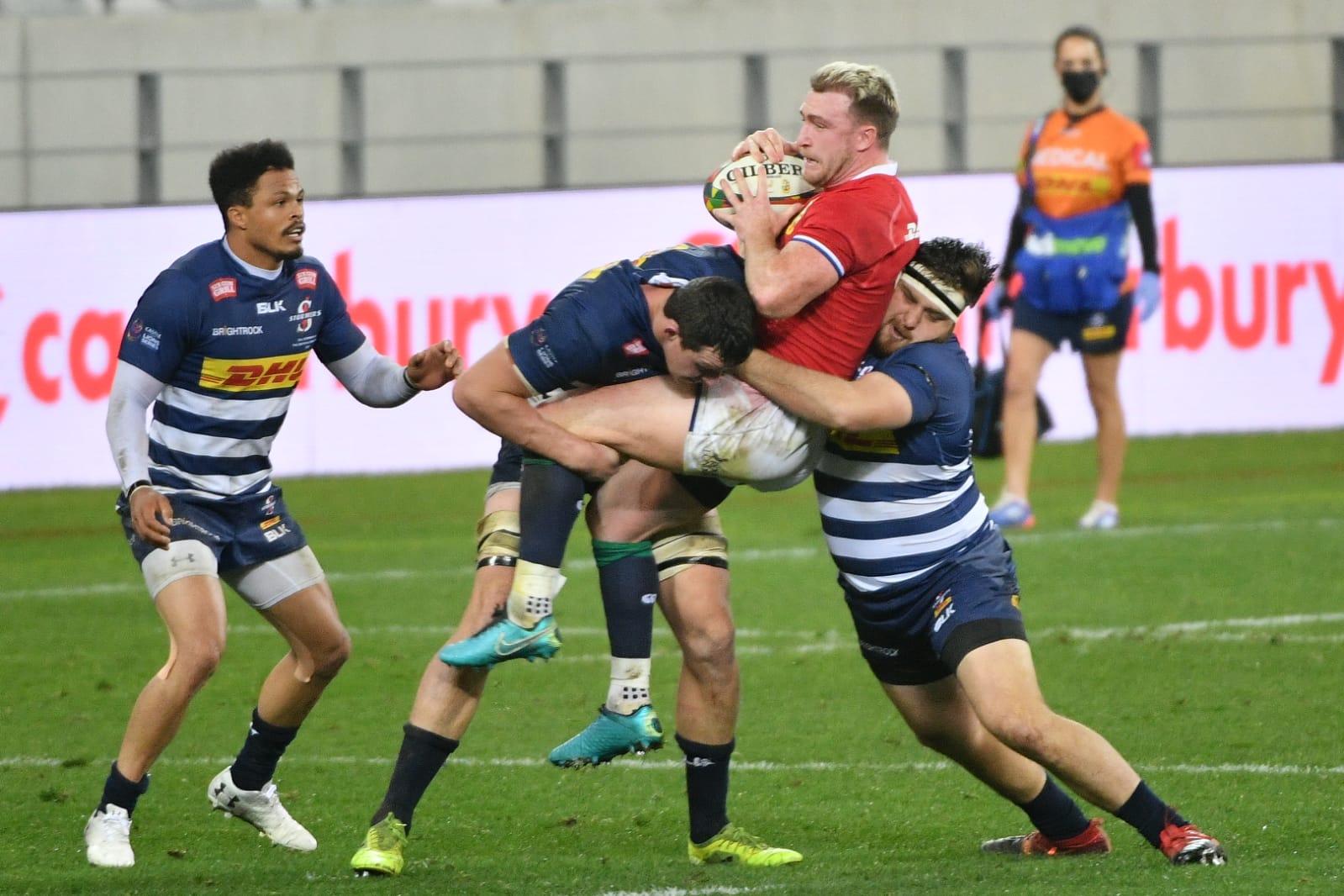 
The DHL Stormers threw everything they had at the British & Irish Lions but the visitors were too strong as they ran out 49-3 winners at Cape Town Stadium on Saturday.

The home side started well and were full value in the early stages. Both sides grew into the contest which quickly developed into an all-action encounter. While there was line breaks being made by both teams, neither side was able to break the deadlock.

As the action moved from end to end, it was eventually the reliable boot of Tim Swiel that got the DHL Stormers off the mark with a penalty midway through the opening quarter. It was a successful penalty that jolted the tourists into another gear as they started to gain some more territory and possession.

Adam Beard and Luke Cowan-Dickie scored tries within six minutes of each other as the British & Irish Lions kept ball in hand and continued to probe the defensive structure.

Lock Jonny Hill then capatilised on another good, flowing attacking move to score after the hooter sounded as the DHL Stormers trailed 21-3 at the break.

Once again, the DHL Stormers started the half well and were again dominating possession and territory. Unfortunately, the British & Irish Lions were defending for their lives and were stubborn in protecting their try-line.

The intensity of the match was notable as both sides pressed for an advantage. Jack Conan helped his side extend their lead while Marcus Smith was flawless with his boot. As the tourists continued to attack, the DHL Stormers put their bodies on the line. As the match wore on, Zander Fagerson and Louis Rees-Zammit added their names to the scoresheet before a late Sam Simmonds score helped the visitors to a 49-3 win.