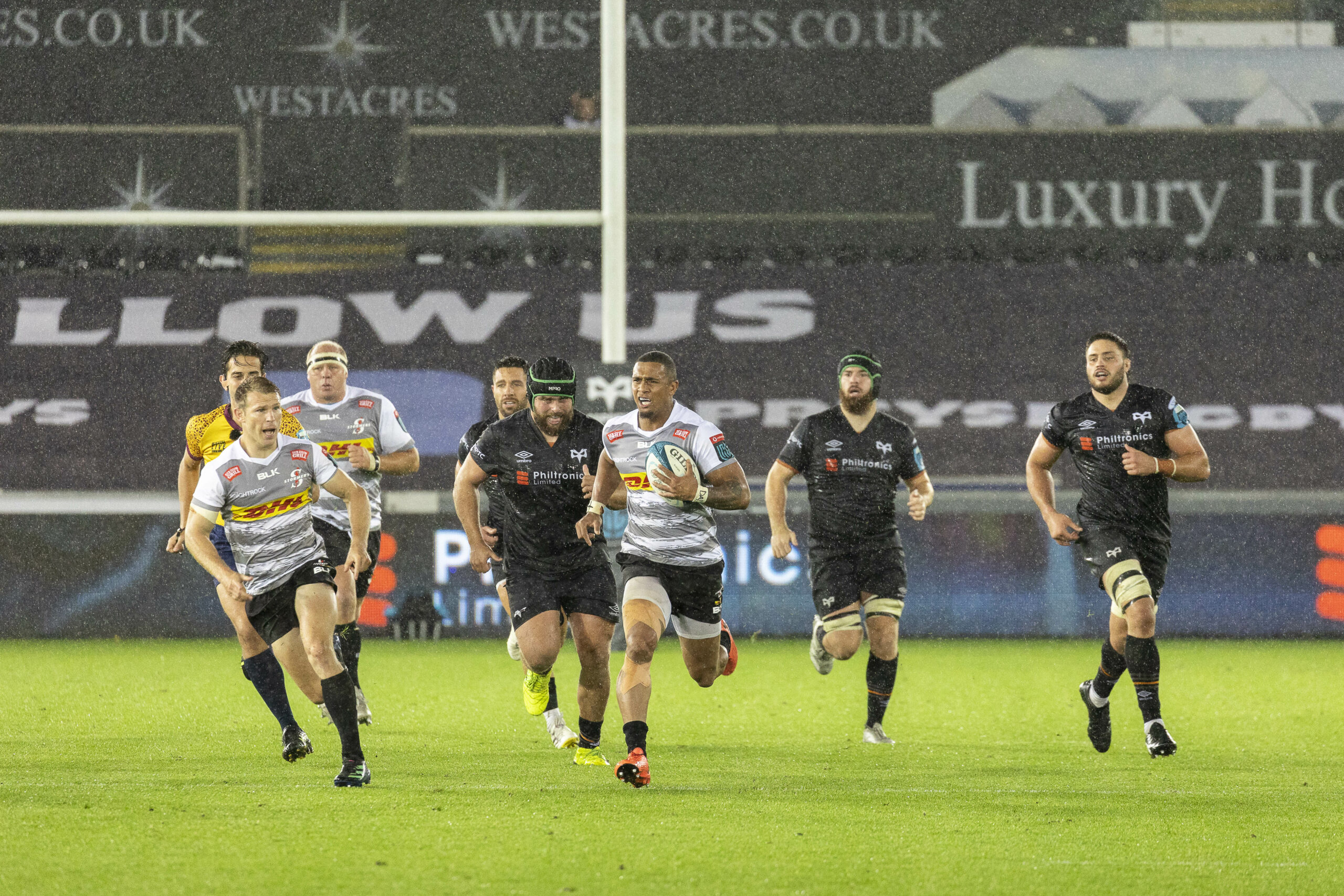 DHL Stormers to play ‘their game’ in Cardiff


DHL Stormers Head Coach John Dobson hopes that the artificial surface in Cardiff will mean his team can play more of their own game in their last game on tour this weekend.

Having been held to a 16-16 draw against Ospreys in terrible conditions in Swansea on Friday, the DHL Stormers will be hoping to end their tour on a high at Cardiff Arms Park this Saturday.

“That game has obviously become more important for us now. We want to play our game so hopefully we can on that surface we can play some rugby,”said Dobson.

The DHL Stormers Head Coach said that they will not change their plans for selection next week after Ospreys had come back to snatch a draw in the pouring rain.

“We will stick to our process with selection. Frans Malherbe will come into the mix, Kitsie and Joseph Dweba are here too.

Ä draw in these conditions against a good Ospreys side is still not a reason for us to throw out our plans,” he said.

Dobson said that he has been pleased with the way his team managed the game in the first 70 minutes, consierding they were some of the worst conditions he had ever seen.

“I thought we were reasonably good tactically until those last 10 minutes.

“We will be better for this and I think we could have won it with better game management towards the end.”

“I thought it was one of our better performances tonight, given the conditions and we scored one of our classic tries.

“I suppose being unbeaten this season after four games we can’t complain too much and there are still quite a few guys missing who played in the final.

I think we are playing with energy, and we are just letting ourselves down in one or two areas,” he added.