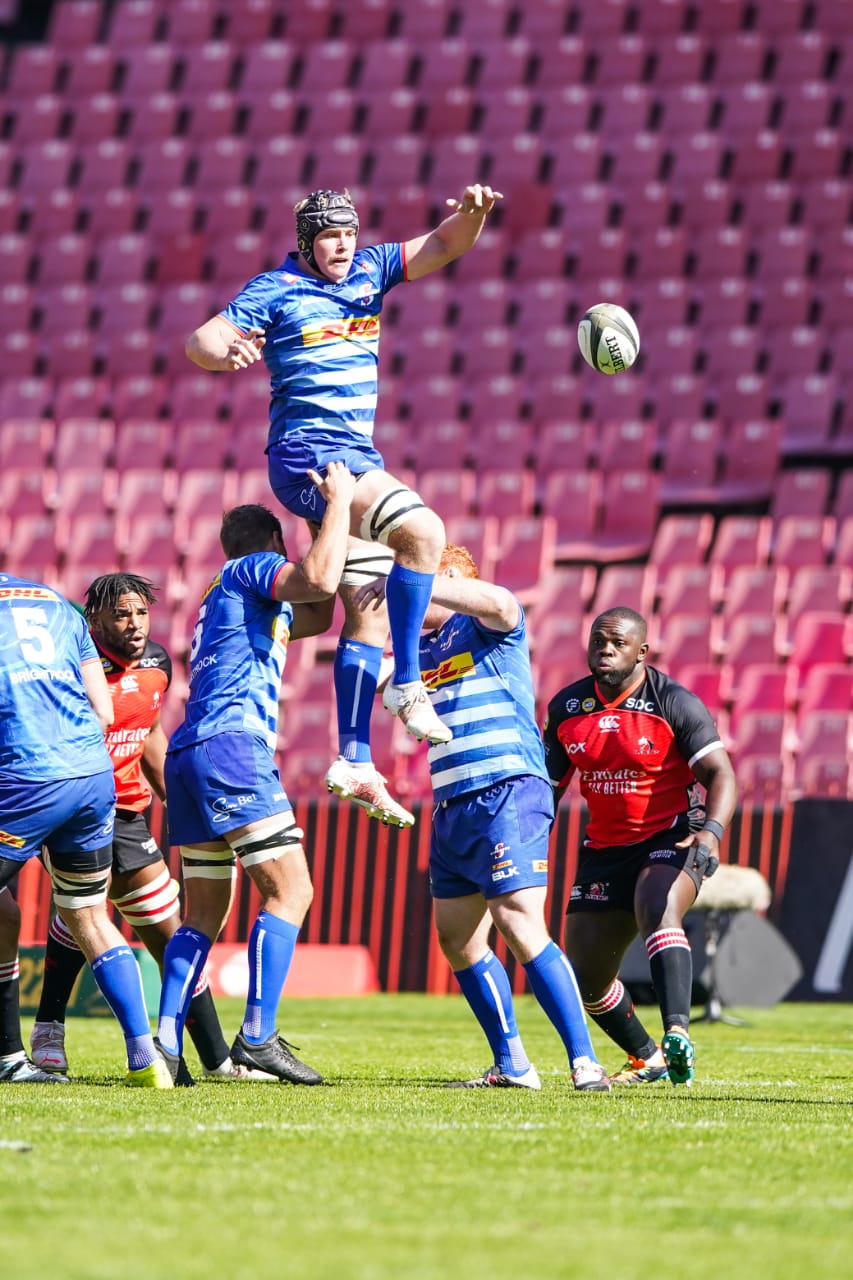 
A tactical shift in conditioning has given the DHL Stormers the ability to push hard in the final stages of all of their PRO14 Rainbow Cup SA matches this season, which paid off with a dramatic extra-time win in Johannesburg on Saturday.

All three of the DHL Stormers’ PRO14 Rainbow Cup SA games have gone down to the wire, which has resulted in them being the only team in the competition to claim a bonus point in every game so far.

Despite trailing by eight points with five minutes left to play, the DHL Stormers kept pushing and scored 10 unanswered points to claim a thrilling 39-37 win against the Emirates Lions in Johannesburg on Saturday.

Head Coach John Dobson admitted that it was a great relief to get reward for their approach, having missed out narrowly in the previous two games despite finishing the stronger team on both occasions.

“We have had a couple of tight ones in a row, so we are quite relieved to have won that one. I also feel for the Emirates Lions, it was quite unlucky for them, but if one looks at the balance of the last three games we probably deserve some sort of bounce in our favour,” he said.

Dobson explained that there has been a concerted effort to play a more attacking brand of rugby, but that has required a shift in the approach to the team’s conditioning, which has enabled them to play hard for the full 80 minutes and beyond each week.

“To play a more attacking game and still be able to maul and scrum requires extraordinary conditioning. Our training numbers are considerably above match intensity, the hardest day of the week including a match is actually a Wednesday.

“I think that is paying off because in the last three games the DHL Stormers have been really energetic and going in the last five minutes.

“We have worked really hard on the conditioning. Before when we were so scrum and maul based we couldn’t play an attacking game because the guys didn’t have the legs. So we are trying to get a blend and we have still got a way to go to be a better team,” he said.

While obviously happy to have got the crucial win with the last kick of the game, Dobson said there are still some key areas which his team must improve on, such as their contestable kicking game and a disappointing performance at scrum-time.

“We felt we let ourselves down in the contestable battle, we felt we lost that, whether on our own kicks or receiving theirs, which cost us a try.

“We gave up too many tries on linebreaks, there must have been five or six opportunities where the last pass had to stick. It is good that we are creating those opportunities, but we also put ourselves under a lot of pressure and we had to show character in the end.

“Our scrum wasn’t firing, I think the Emirates Lions were exceptional in the scrums. With all those guys in our back five missing it was all on the front row and the Emirates Lions defended us really well, so that was probably an element of our game that wasn’t where we wanted it to be,” he said.

One are where there was considerable improvement was the line-out, with lock David Meihuizen stepping up in the absence of some established operators.

“If you look at the quality of line-out forwards we had out like Marvin [Orie] JD [Schickerling], Salmaan [Moerat] and Pieter-Steph [Du Toit]. A youngster like David Meihuizen received criticism last week for the lost line-outs against the Vodacom Bulls, so for him to play 80 minutes up here and get 100% is a great achievement for him and the way he stood up,” said Dobson.

Looking ahead, Dobson would like to see his team produce a more consistent performance as they target another win away from home against the Cell C Sharks in Durban next week.

“It has been three Saturdays of absolute agony after the hooter, so we need to get better.

“I think what we have proven over the last three weeks is that we are a team that can compete with the best in this competition, so we have just got to try and get as many wins on the road as we can,” he added.