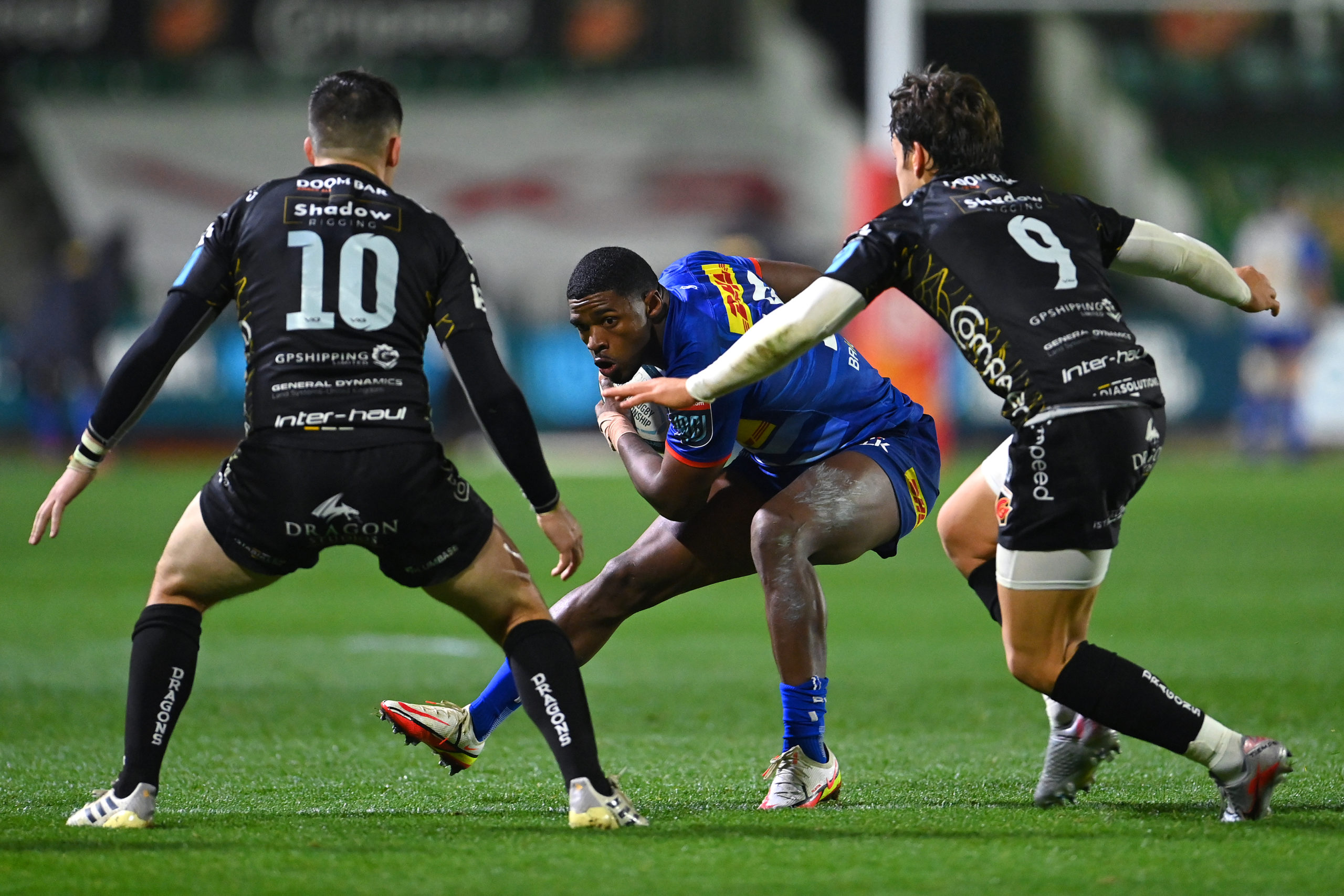 
The DHL Stormers are determined to build on the growth they showed on tour in their first Vodacom United Rugby Championship home matches in just over a month’s time.

Having finished their European trip on a high with a win against the Dragons in Newport, the DHL Stormers return to South Africa in top position in the South African Shield ahead of home games against Zebre Parma on 27 November and Cardiff on 4 December.

Head Coach John Dobson said that he was proud of the growth his team showed on their tour, which has given them a solid platform to build on going forward.

“We needed to get a win on tour, we could have had three, but I think that is a fair reflection, we have got better every week. There has been a lot of growth on this tour,” he said.

Dobson praised the sheer physicality that his side showed in their 24-10 win against the Dragons, which reflected a few areas of improvement.

“It was a supreme physical effort, the Dragons are probably one of the most physical teams in this league. Our belief built as we started to take their forwards’ legs.

“Our maul defence is better than it was in the Currie Cup, the line-outs were either 90% or 100, so there are a lot of positives. Also without our traditional big front row, we scrummed against that Dragons pack with six Welsh internationals.

“Very proud of the effort, it is a tricky place to play it was quite wet and slippery.

“I am chuffed with the depth we are building and the energy they showed on week four of a tour like this was really good,” he said.

Looking ahead to the home games at DHL Stadium against Zebre Parma and Cardiff, Dobson is expecting his squad to be boosted by some players returning from injury and national duty.

“Going into Zebre and Cardiff at home, it has put us in a really good position. We will probably have some guys coming back from the national team and injuries like Deon Fourie and Hacjivah Dayimani.

“We have been going since August last year, so they will get about two weeks off now and get them re-energised for the two home games against Zebre and Cardiff at DHL Stadium. Those are two really good opportunities and hopefully in the dry summer conditions in Cape Town we can show a bit more of what we can do on attack.

“To play in Cape Town in front of some of the Faithful will mean a lot to the guys,” he said.