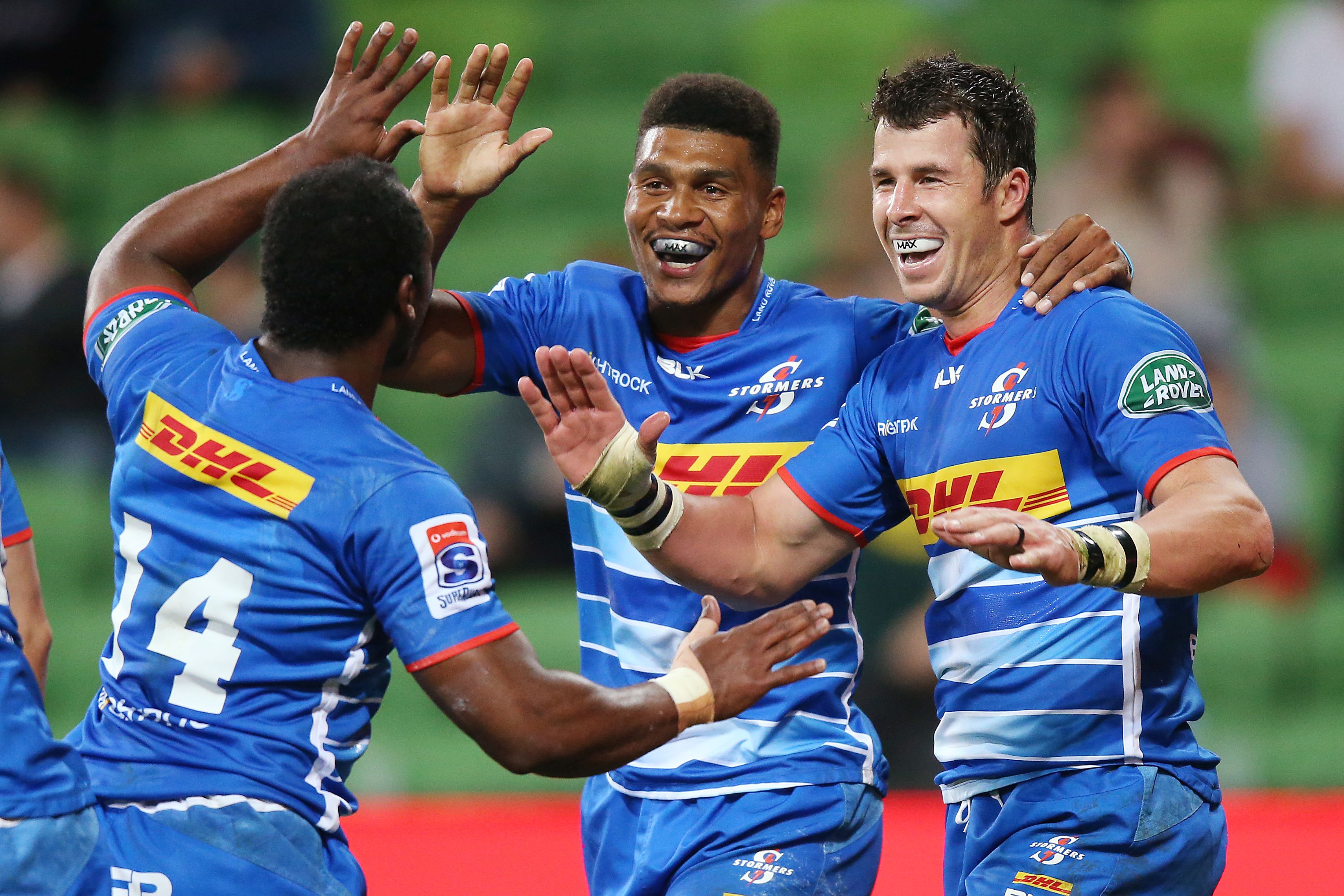 DHL Stormers ‘tackled for each other’


DHL Stormers Head Coach Robbie Fleck said that his team’s work-rate on defence laid the platform for their impressive 41-24 victory against the Rebels in Melbourne on Friday.

The DHL Stormers ended their tour on a high, scoring five tries at AAMI Park to claim their fourth win of the campaign.

They will return to Cape Town with six home games at DHL Newlands out of their eight remianing fixtures in the regular season, starting at 15h05 on Saturday, April 20 when they take on the Brumbies.

Fleck was full of praise for his team’s tireless effort on defence, which saw them make over 150 tackles and create some valuable attacking opportunities.

“Today things went our way and the passes stuck. It was an outstanding defensive performance, we knew what the Rebels were capable of on attack and we put them under pressure through our defence and our work-rate.

“The boys tackled for each other, they worked hard off the ball and that created the opportunities for us. It was a good, clinical performance from us, so we are very happy,” he said.

Fleck explained that it was vital for the DHL Stormers to put the Rebels’ experienced Wallaby halfback pairing of Will Genia and Quade Cooper under pressure in order to dictate terms.

“We put a huge emphasis on our defence this week, we knew Genia and Cooper would be a threat and their gameplan revolves around them. We knew we had to get off the line and put them under pressure.

“That is what created those opportunities on attack and for the first time this tour we converted,” he said.

The DHL Stormers Head Coach added that it was a crucial win for his team’s morale after some disappointing results in the previous three matches on tour.

“We have been threatening this entire tour to put in an 80-minute performance, which is what was required tonight.

“It is a massive win for us, we have been fighting this tour and threatening with our performances. We have been training well but just didn’t get that win, but tonight it came and that is massive for the boys.

“To get on that flight now knowing that we got a win on tour against probably the best Australian side is great,” he added.

DHL Stormers stand-in captain Steven Kitshoff was particularly impressed with the contribution and work-rate of some of the younger players, who stepped up in the absence of leaders such as Siya Kolisi, Eben Etzebeth, Pieter-Steph du Toit and Chris van Zyl.

“It is tough to lose key players, but I think the young guys that came through like Ernst (van Rhyn) making his debut can be very pleased. All of them played such good rugby and made such a big impact. It was just incredible to watch and have that presence on the field, they just gave it everything for the full 80 minutes.

“Making over 150 tackles, the okes were firing to get the win tonight,” he said.

Tickets for the DHL Stormers’ next two home games at DHL Newlands following their tour against the Brumbies on 20 April and the Vodacom Bulls on 27 April are now on sale from Computicket.

There are more ticket options beyond the standard season ticket and matchday ticket. The DHL Newlands Faithful will be able to ‘Upgrade to Business Class’ in a special offer. The halfway line Business Class seats have been refurbished on the halfway line in Block H on the Railway Stand and holders of these tickets will also have exclusive access to the Railway Coach bars both before, during and after the match. These prime seats will cost R320 each.