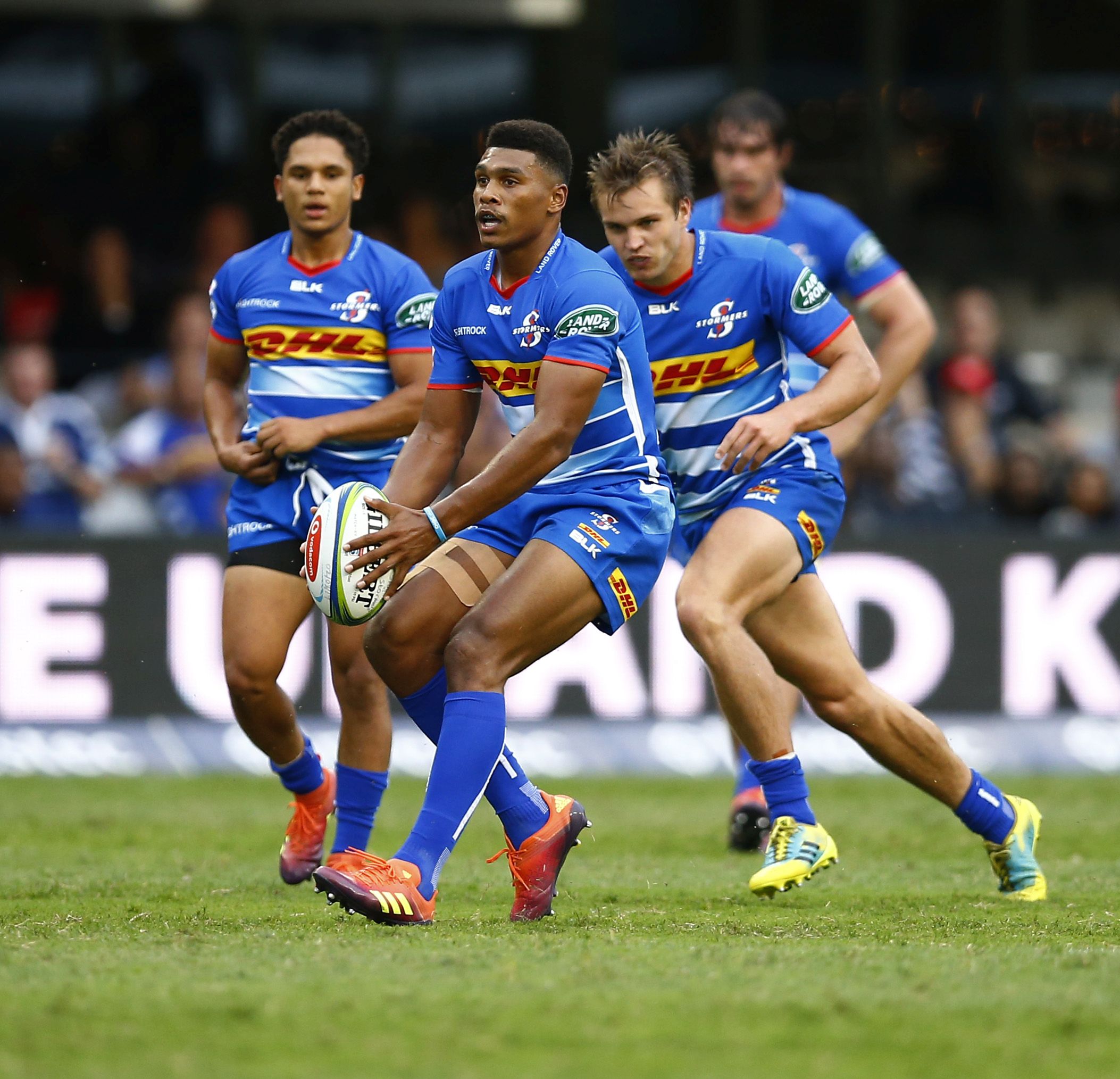 
The DHL Stormers showed plenty of heart to claim a hard-fought 16-11 victory against Cell C Sharks in Durban on Saturday.

It was the second consecutive South African derby win for the DHL Stormers, as they handed the Kwa-Zulu Natal side their first defeat of the season.

The teams scored a try apiece in slippery conditions, but the DHL Stormers were never behind in a composed performance under pressure.

The DHL Stormers started the game with real intent and got in the faces of the opposition early on which saw fullback Damian Willemse rush up and claim an intercept to go in for what would be the only try of the first half.

See Damian Willemse away from the field

The Cell C Sharks responded with a penalty from flyhalf Robert du Preez, but those would be their only points before half-time as the DHL Stormers took control.

Some clever kicking and use of the blindside saw the DHL Stormers launch three attacking drives in the opposition 22. The end result was a yellow card for Cell C Sharks centre Lukhanyo Am, after his team had strayed offsides one time too many.

The DHL Stormers kept the pressure on and were playing all of their rugby in Cell C Sharks territory, but SP Marais missed two shots at goal before slotting his third and fourth attempts.

The home side were down to 14 men again just before half-time, with hooker Akker van der Merwe shown a yellow card as the DHL Stormers took a 13-3 advantage into the break.

The Cell C Sharks struck first in the second half with a try from Am out wide and the DHL Stormers were struck a further blow soon afterwards when centre Dan du Plessis was shown a yellow card for a high tackle.

A second penalty from Du Preez reduced the DHL Stormers lead to 13-11, leaving the match finely poised with 30 minutes left to play.

With Du Plessis back on the pitch the DHL Stormers showed good patience and discipline on attack as they played the game in opposition territory, with the reward eventually coming via another Marais penalty.

With the pressure on in the final stages, the DHL Stormers showed great composure to close the game out and claim the win. They will have a bye next week and then face the Jaguares at DHL Newlands on Friday, March 15.