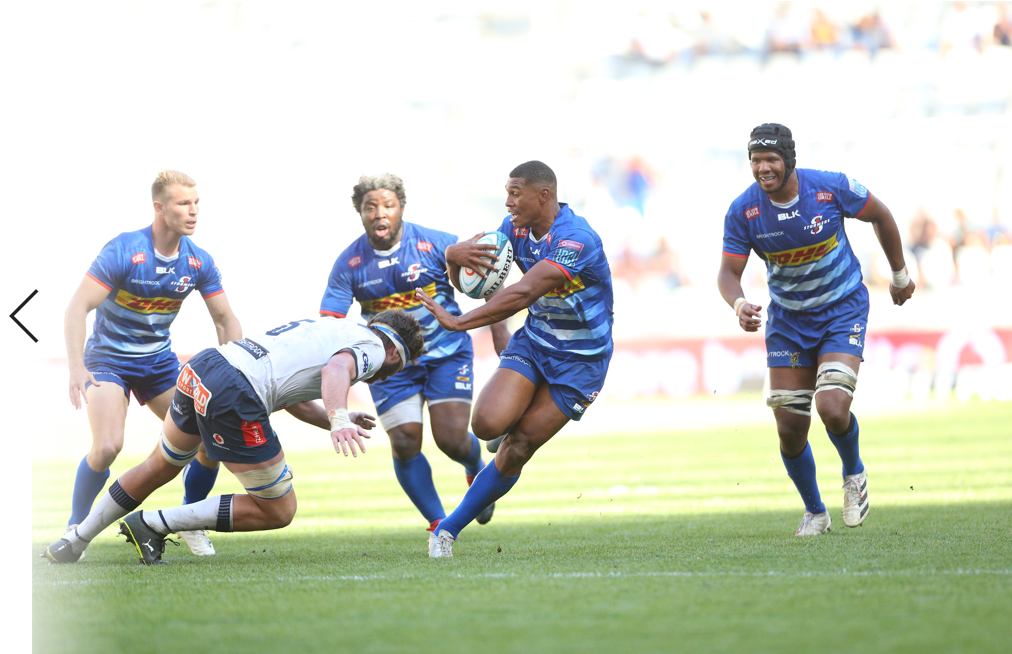 
While pleased with their climb up in the Vodacom United Rugby Championship standings in recent weeks, the DHL Stormers want to keep growing and developing as a team with two big home games at DHL Stadium on the horizon.

Their 19-17 victory against the Vodacom Bulls on Saturday was their sixth straight home win and saw them move up to fifth place in the overall standings, while maintaining their place at the top of the South African Shield.

The entire competition has a bye this week, after which the DHL Stormers will take on third-placed Glasgow Warriors (Friday, 22 April) and top-placed Leinster (Saturday, April 30) at DHL Stadium.

CLICK HERE to buy your tickets for the matches against Glasgow Warriors and Leinster now.

With either finishing top of the South African Shield or in the top eight overall securing a place in the play-offs and the European Champins Cup next season, there is still plenty to play for as the DHL Stormers look to continue their winning momentum.

Head Coach John Dobson said that while they will enjoy a short break this week, his team do not intend to take their foot off the gas with another two big home games coming up before they travel to Wales to face Scarlets in the final match of the regular season.

“We are growing as a team and we are excited. We have done a lot of hard work to get in this reasonable position and we don’t want to mess it up now.

“We are actually doing well, athletically and physically, but we have got two really tough games coming up here.

“Both Glasgow and Leinster are above us on the log. Glasgow are not playing Champions Cup, so they have been prepping for us and that is going to be a tough game,” he said.

Captain Steven Kitshoff said that while his team only scored one try in their win against the Vodacom Bulls, it is pleasing to see them developing tactically as the season unfolds.

“As a team we are developing a lot, say six weeks ago we were playing with flair, attacking and running teams off their feet. We have now added that little bit of a kicking game where we can turn guys, put a massive chase through and execute the tackle on the other side. As agroup we are maturing, but it is something we need to keep working on,” he said.

Dobson said that to do the double over their rivals from Pretoria this season shows that there has been real growth among the squad.

“To beat the Vodacom Bulls home and away, a team as well coached as they are is a great achievement.

“What we want to do, which is a reasonable goal, is to qualify for Europe and make the play-offs,” he said.

For Dobson an encouraging aspect of the win on Saturday was the development of their kicking game, which will be important in the coming weeks against the likes of Glasgow and Leinster.

“I am happy with where we have developed, our kicking game has become better, which creates opportunities for us to counter, so I am pretty pleased with our balance at the moment,” he said.

With the likes of Warrick Gelant, Salmaan Moerat, Ernst van Rhyn and Dan du Plessis coming back from injury, the DHL Stormers will be hoping to give these last two home games a real crack and put themselves in a good position to make the play-offs at the end of the season.