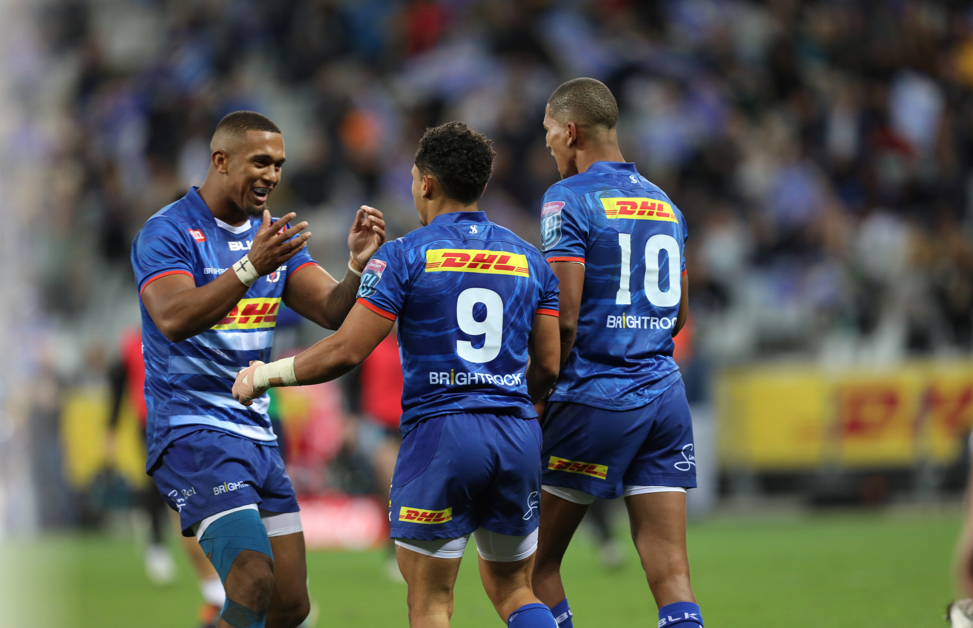 
The DHL Stormers scored four tries at DHL Stadium on Friday to claim a convincing 32-7 bonus point win against Glasgow Warriors and move into second place on the Vodacom United Rugby Championship standings.

It was the seventh consecutive home win for the DHL Stormers, which saw them score 32 unanswered points in an impressive display in front of the Faithful.

The win sees them move past Glasgow and into second position on the standings, ahead of their showdown with top-placed Leinster at home next week.

The opening exchanges were tense and despite dominating territory, the DHL Stormers could not find a way through.

The visitors were first to score when Jack Dempsey forced his way over from close range, but those were to be their only points of the night.

The DHL Stormers rallied well and opened their account with a Manie Libbok penalty following a thunderous hit from Rikus Pretorius in midfield.

Pretorius went over for a try shortly afterwards as he was put over by a perfectly timed pass from Damian Willemse.

The DHL Stormers also had the final say in the first half as a second Libbok penalty gave them a 13-7 advantage at the break.

The DHL Stormers took full control of the game with two tries around the 50 minute mark.

Firstly it was a counter-attack sparked by replacement Warrick Gelant that saw Herschel Jantjies score on his birthday, before Leolin Zas was put over for his tenth try of the season by some lightning quick passing.

Glasgow wing Josh McKay was shown a yellow card for a high shot on Ruhan Nel and the DHL Stormers pushed for the bonus point try which came at the death as No.8 Evan Roos burst over.