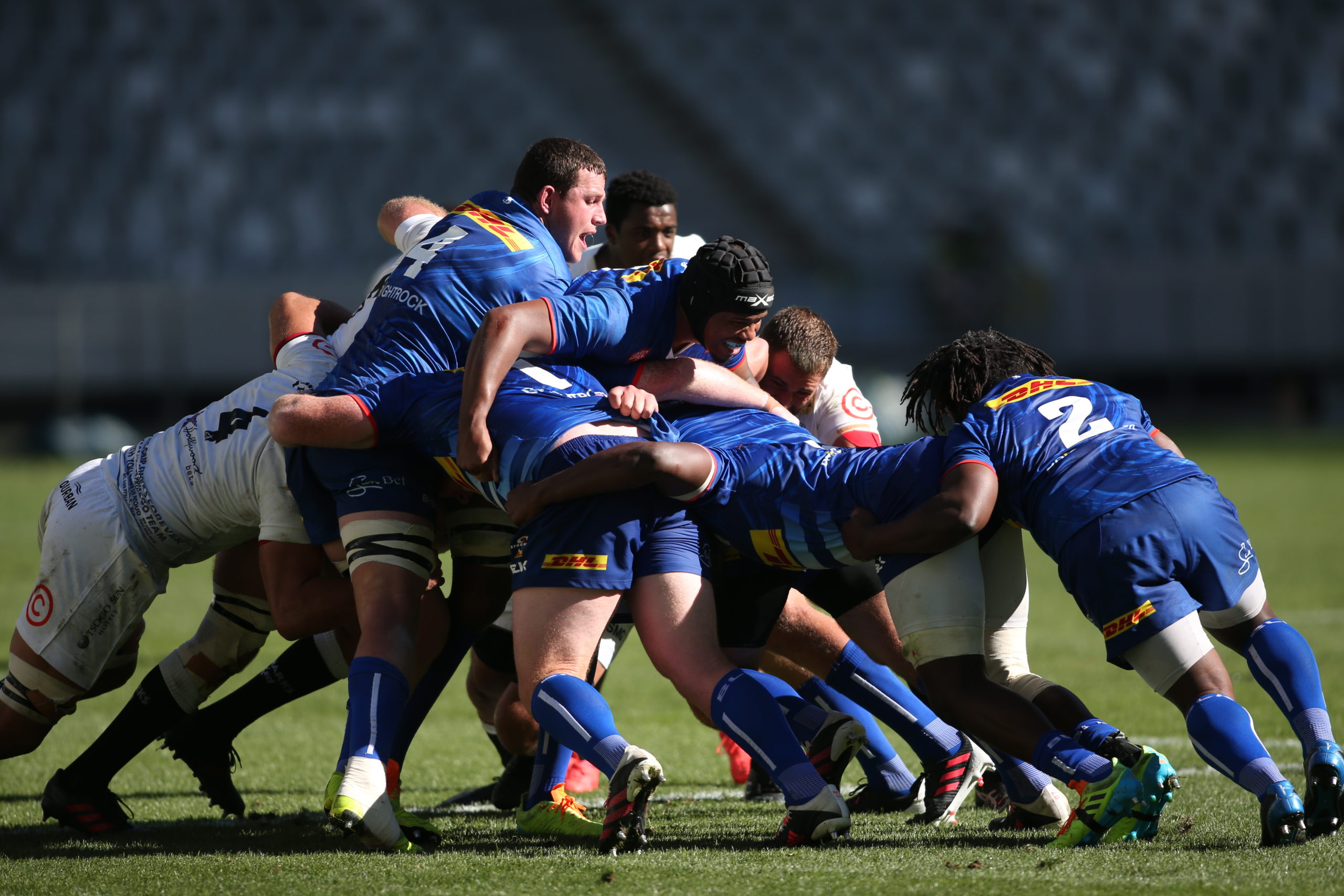 
The DHL Stormers fought hard until the final whistle and looked to have won the game in the final movement, but went down 33-30 in a nailbiting PRO14 Rainbow Cup SA opener against the Cell C Sharks at Cape Town Stadium on Saturday.

It was an entertaining spectacle in the first game of the new competition, with nine tries scores between the two sides, but the two red cards that the DHL Stormers were shown proved decisive in a match which saw them play most of the rugby.

The DHL Stormers did not waste any time in taking control of the game through a penalty and two early tries, which saw them race out to a 17-0 lead.

Flyhalf Kade Wolhuter got the scoreboard going with a penalty just in front of halfway, after Pieter-Steph du Toit had been taken out off the ball.

The first try saw some magic handling from the backline as Ruhan Nel broke the line out wide, then found Damian Willemse who put Herschel Jantjies over.

They followed that up soon afterwards with their second as Wolhuter stepped into space and then released Rikus Pretorius to canter over.

That was followed by a quick double-blow as Seabelo Senatla was shown a red card after colliding with an opposition player in the air before Willie Engelbrecht was shown a yellow card for a high tackle.

The visitors took advantage with a try in the corner from prop Thomas du Toit, but the DHL Stormers regrouped well and responded with two more penalties from Wolhuter.

The Cell C Sharks had the final say in the first half with their second try, but it was the DHL Stormers that took a 23-12 lead into the half-time break.

The visitors scored two quick tries at the start of the second half, both from lock Reniel Hugo, to take the lead for the first time in the match.

Engelbrecht was shown his second yellow card for another high tackle and Hugo was over for his hat-trick try shortly afterwards.

That gave the visitors a 10-point lead and they set about trying to defend it for the rest of the match. The DHL Stormers hammered away in opposition territory but battled to find a way through.

The breakthrough finally came off the back of a strong scrum, with a cross-kick from Abner van Reenen was palmed down by Edwill van der Merwe for Damian Willemse to score.

It was a tense finsih as the DHL Stormers pressed for the win and they looked to have sealed victory when Van Reenen kicked through a grubber for Ruhan Nel, but he was not able to control the ball in the act of scoring.