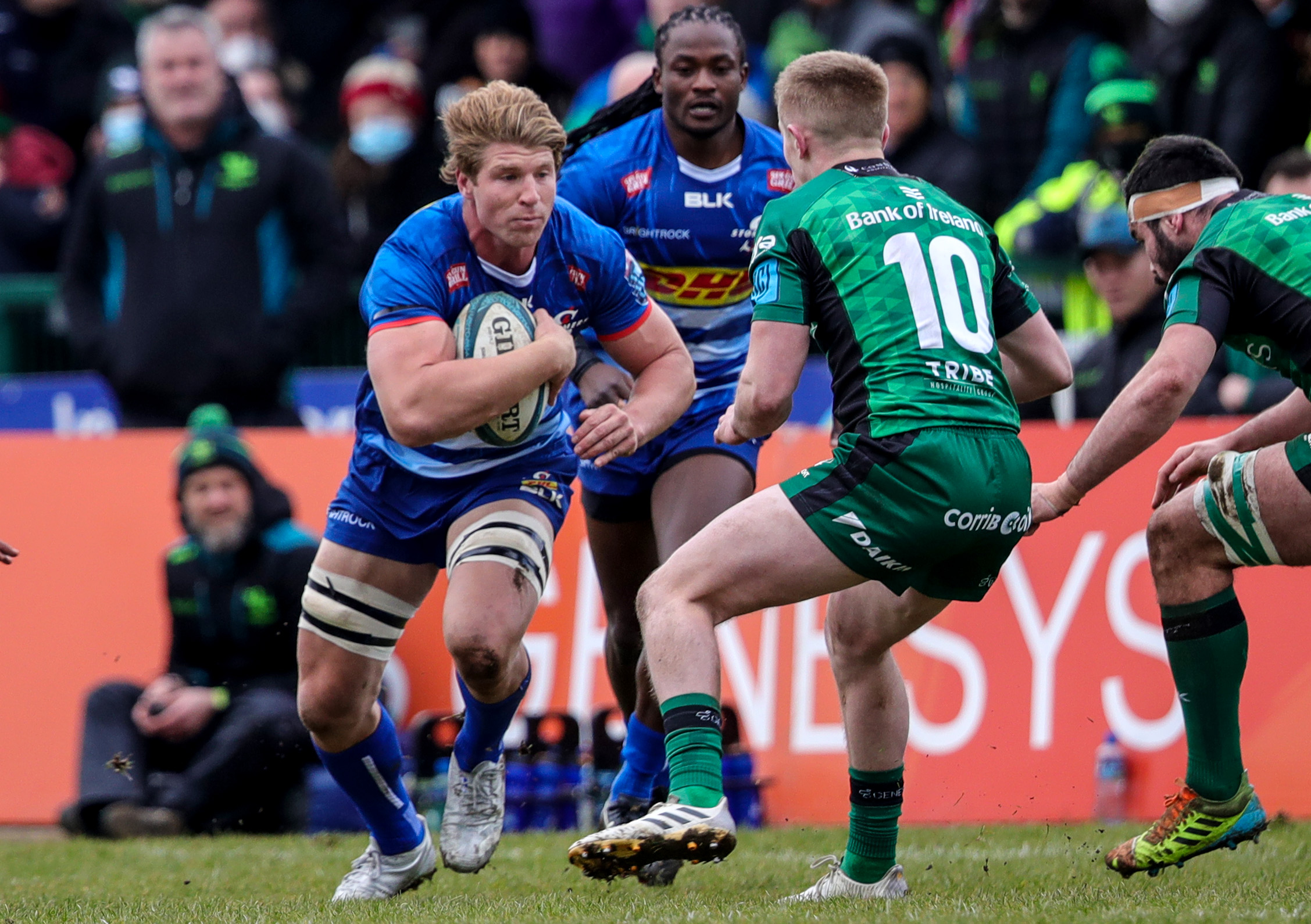 
The DHL Stormers scored three tries in Galway, but a late score from Connacht saw the home team snatch a dramatic 19-17 win in their Vodacom United Rugby Championship clash at the Sportsground on Saturday.

Two yellow cards in the second half proved decisive as the hosts came from behind, with the DHL Stormers finishing with a bonus point to show for their efforts.

The DHL Stormers can now look forward to a run of six consecutive home games following their bye next week.

The home side had the wind at their backs in the first half and grabbed some early momentum, but the DHL Stormers defence was up to the task and managed to hold them out.

The DHL Stormers started to fire some shots of their own, with some impressive set-pieces as their maul got them on the front foot.

The first try came off the back of a strong maul as the forwards took it deep into the 22 before some good patience from forwards and backs resulted in fullback Sergeal Petersen score out wide.

Connacht managed to hit back eventually, breaching the DHL Stormers defence next to the poles to take a 7-5 lead.

However, the DHL Stormers would be the team in front at half-time, with Petersen featuring prominently in the second try just before the break as well.

The fullback chansed a high ball and controlled it well with his foot before finding support and it was Damian Willemse who slammed the ball down over the line to give the DHL Stormers a 10-7 advantage.

They stretched that lead early in the second half when flyhalf Manie Libbok picked up a loose ball and raced away to score from his own half.

However, yellow cards for Petersen and Ruhan Nel changed the game, with Connacht scoring two late tries to snatch a narrow win.