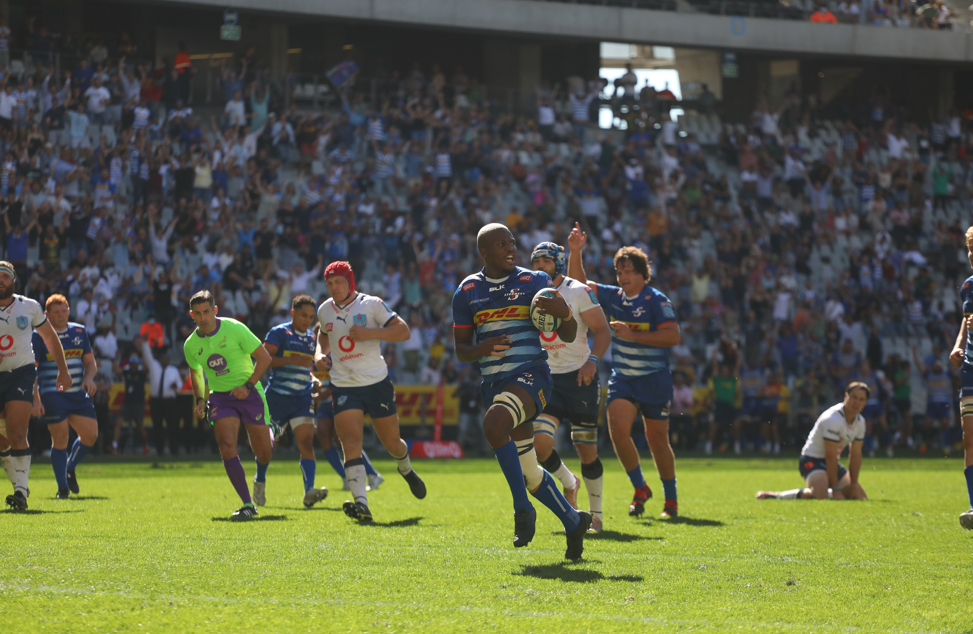 
The DHL Stormers made it six consecutive home wins in the Vodacom United Rugby Championship with a hard-fought 19-17 victory against the Vodacom Bulls at DHL Stadium on Saturday.

The win sees the DHL Stormers maintain their place at the top of the South African Shield, doing the double against the Vodacom Bulls home and away this season.

The Faithful played their part in a tense encounter, urging the team on and carrying them to victory in the end.

The first half was a tense affair, with neither team willing to give an inch in a massive gainline battle.

The visitors opened the scoring with a penalty from flyhalf Chris Smith, but the DHL Stormers cancelled that out with one of their own from Manie Libbok.

The game started to open up towards the end of the half as the huge physical confrontation took its toll.

The Vodacom Bulls were on the tryline and looked likely to score just before half-time, but instead it was the DHL Stormers who went the length of the field, marching into the 22 where flank Hacjivah Dayimani stepped his man to score the only try of the first half.

The visitors were back on level terms with 30 minutes left when wing Canan Moodie scored a counter-attacking try to make it 10-10.

The DHL Stormers were back in front soon afterwards as Libbok kicked two more penalties to give them a six-point advantage heading into the last 20 minutes.

The Vodacom Bulls were right back in it when Dayimani was shown a yellow card and No.8 Elrigh Louw scored, but the DHL Stormers held on for a crucial derby win in front of the Faithful.