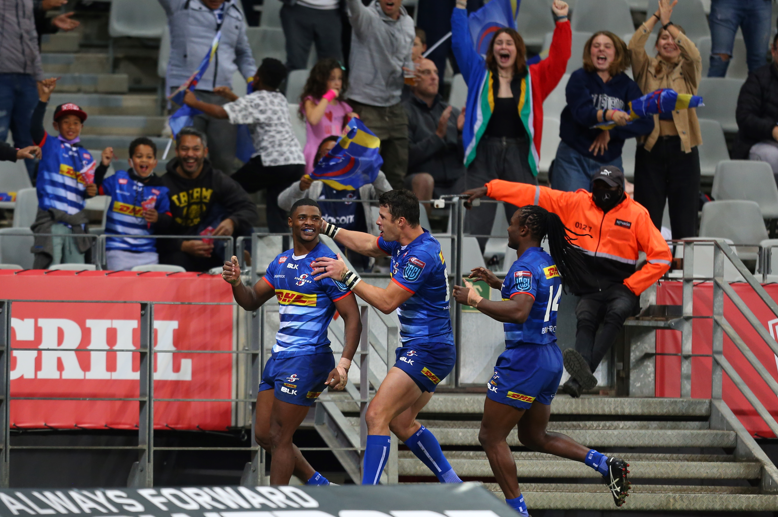 
The DHL Stormers scored three tries on their way to a hard-fought 20-13 victory against Leinster at DHL Stadium on Saturday.

It was the eighth consecutive home win for the DHL Stormers and secured their place in the Vodacom United Rugby Championships play-offs this season with one round to play.

They will finish the regular season with a trip to Wales to face Scarlets on May 21.

The DHL Stormers made a fast start and looked to have scored early-on, but Ruhan Nel’s try was disallowed by the TMO.

The home side would open the scoring with a Manie Libbok penalty shortly afterwards, but those were to be their only points of an intense first-half battle.

The visitors managed to kick two penalties of their own and took a slender 6-3 advantage into the half-time break.

The DHL Stormers started the second half with real intent and eventually got the reward as Warrick Gelant scored in the corner.

Seabelo Senatla was over in the same corner shortly afterwards, but he had been tackled into touch.

Senatla got his try though, as he finished from a set move to give the home side a 13-6 lead.

Leinster were back on level terms when prop Ed Byrne forced his way over for a try, but the DHL Stormers had the lead back when they were awarded a penalty try following a powerful maul in the corner.

Those were the last points of the evening, with both teams threatening to score late but unable to find a way through some staunch defence.