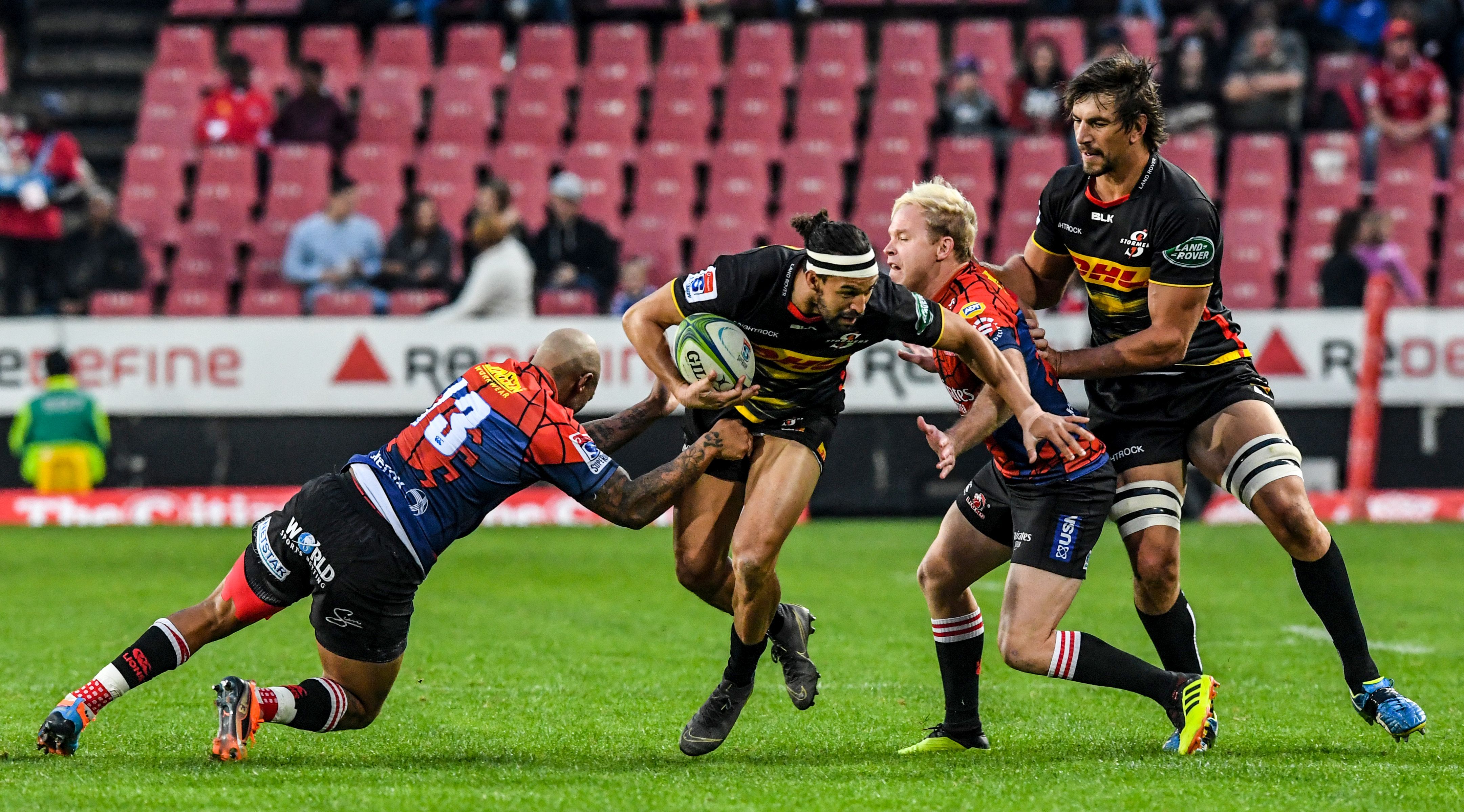 DHL Stormers go down in Joburg


The DHL Stormers went down 41-22 and suffered some key injuries in their Vodacom Super Rugby clash with the Emirates Lions in Johannesburg.

The DHL Stormers now have two home games against the Sunwolves and Cell C Sharks left before the knock-out phase of the competition and will be looking to build on their impressive home record this season.

The visitors took the game to the opposition from the outset, but two consecutive penalties saw the game go from tryline to tryline where Emirates Lions No.8 got over from an attacking line-out for the opening try.

The Emirates Lions had their second try of the half when fullback Andries Coetzee found a way over, but the DHL Stormers would have the final say in the first half.

Some great interplay between the forwards and backs saw Johan du Toit burst through a gap to score and reduce the half-time deficit to 13-10.

The home side came up with two quick tries at the start of the second half as Smith got over for his second and wing Courtnall Skosan finished off a counter-attack to make it 27-10.

The DHL Stormers responded by surging towards the tryline with several strong carries and scrumhalf Herschel Jantjies was on hand to score against the post after some hard work from the forwards.

The DHL Stormers had lost both of their locks to injury and the Emirates Lions hit back through wing Aphiwe Dyantyi to make it 34-17 on the hour mark.

The DHL Stormers kept fighting and came up with a third try as Stander took a short ball from Jean-Luc du Plessis to go over.

Despite some late pressure from the DHL Stormers as they searched for a fourth try, the Emirates Lions would have the final say with Hacjivah Dayimani getting over to seal the win.