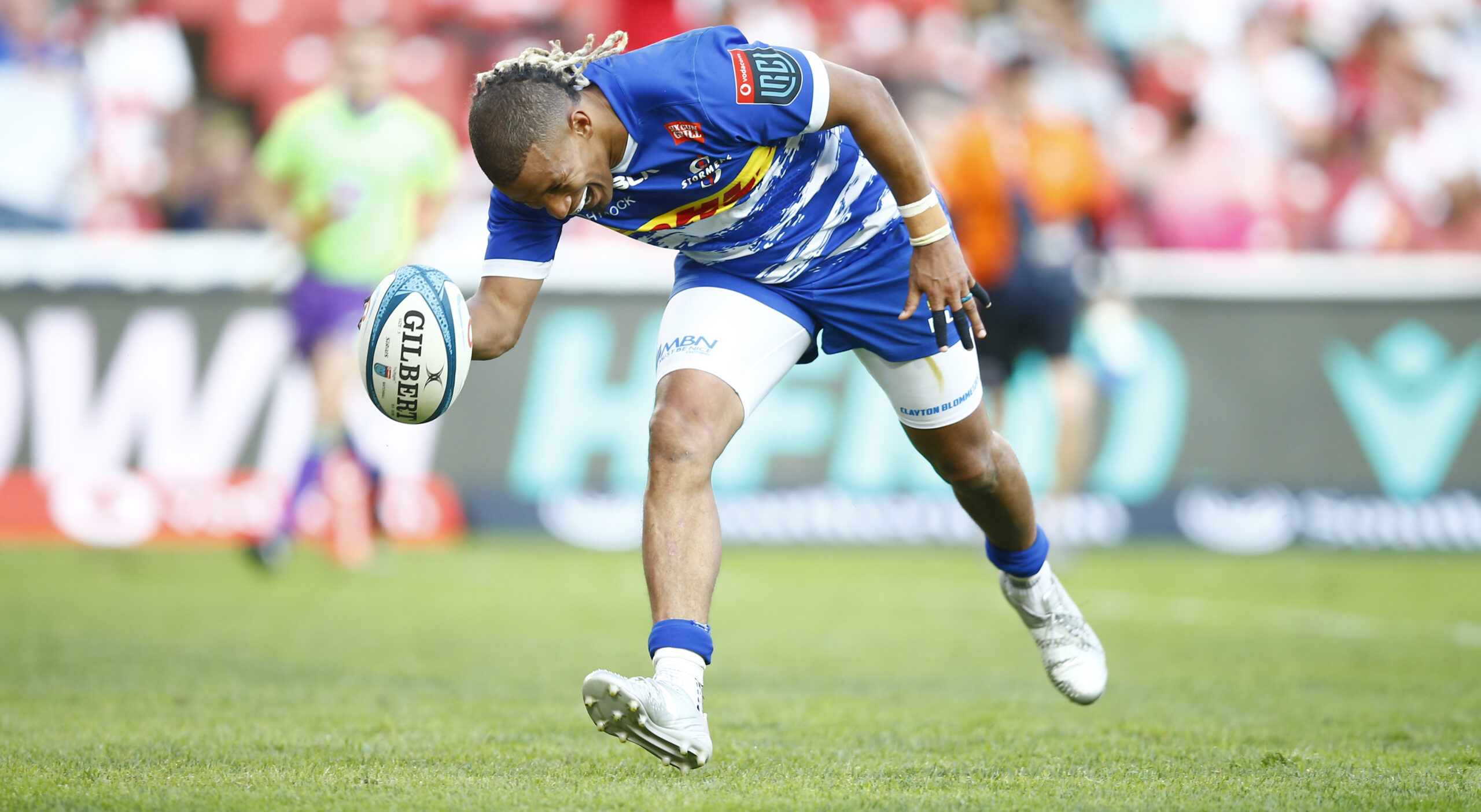 
The DHL Stormers overturned a 22-10 half time deficit into a 31-22 bonus point win against the Emirates Lions in Johannesburg.

It may go unnoticed but a dominant second half display that included some dazzling interplay between forwards and backs was also a half where the home team was shut out from scoring.

Arguably the key moment of the game came late in the second half as replacement Nama Xaba won a turnover to keep the home team from scoring shortly after recent Springbok call-up Sacha Feinberg-Mngomezulu had reduced the game to a five-point margin. Feinberg-Mngomezulu was first to a chip in behind the defence to make the scoreline read 17-22 with 15 minutes to play.

Xaba’s work at the breakdown seemingly lifted the belief in the team as they rallied and rallied again to move upfield.

Fullback Clayton Blommetjies then capped off the territorial and possession domination as he latched onto a pass that saw him ghost through the Lions defence.

With all the momentum and leading 24-22, the DHL Stormers looked to put the result beyond doubt in the closing minutes. It was Xaba again who made the impact as he scored the bonus point try before winning another breakdown battle to end the match 31-22.

It was a remarkable second half display that matched the determination of the first half.

The opening 40 minutes was a frustrating stop-start affair as the home side continued to move ahead through the boots of Jordan Hendrikse and Sanele Nohamba.

Angelo Davids showed his finishing skills to earn the game’s first try when he was put into a one on one situation by scrumhalf Paul de Wet.