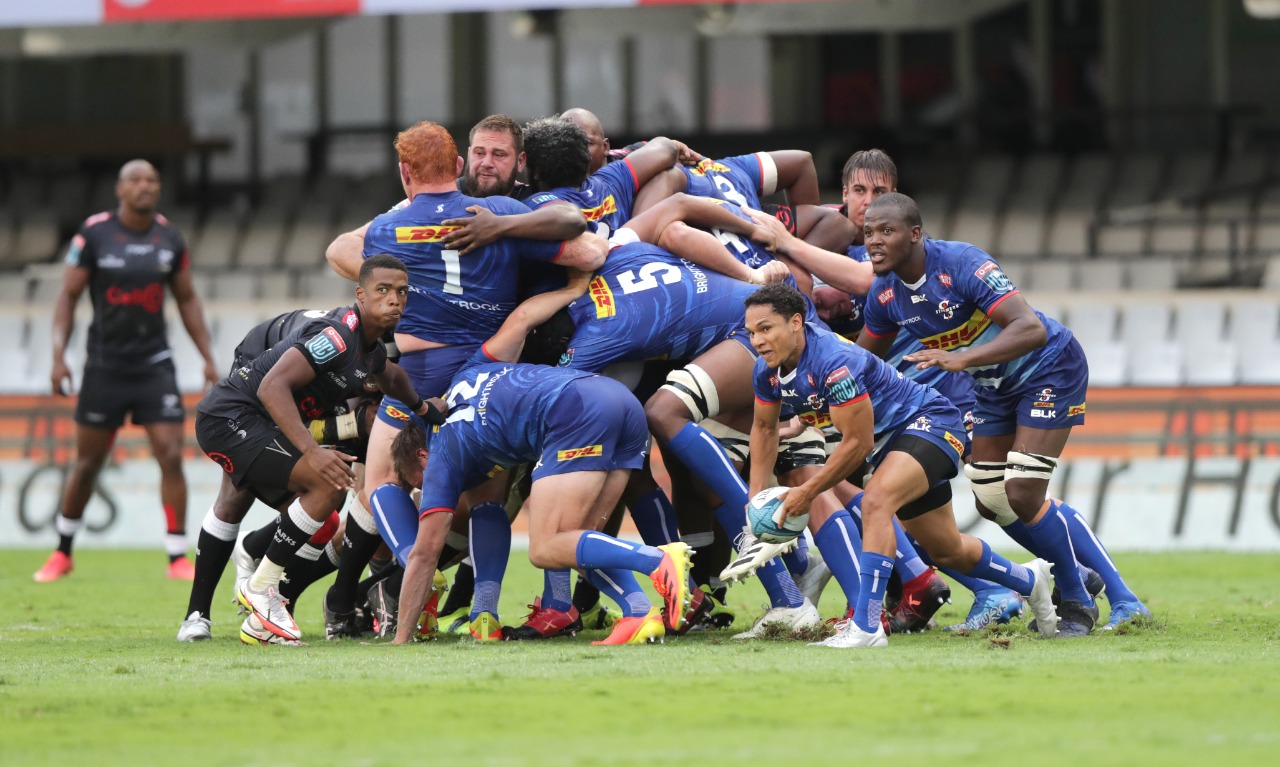 DHL Stormers fight back to salvage draw in Durban


The DHL Stormers showed incredible character to fight back and make it a 22-22 draw in their Vodacom United Rugby Championship coastal clash with the Cell C Sharks in Durban.

Having trailed 19-3 at one stage of the second half, the DHL Stormers came back for the second week in a row to take a valuable two log points.

A penalty try at the death saw them level the scores after the hooter, to set up the home clash against the same opponents at DHL Stadium next week.

The home side made a strong start and put their skipper Lukhanyo Am over for an early try, which would be the only five-pointer of the first half.

The humid and slippery conditions were making handling very difficult and while the DHL Stormers had plenty of possession, they were unable to capitalise.

Am was eventually shown a yellow card after a series of penalties, which saw the DHL Stormers move from one tryline to the other. Flyhalf Manie Libbok stepped up to kick the penalty, to make it 5-3.

The Durban side were enjoying scrum dominance and that resulted in a penalty and a drop-goal from their flyhalf Boeta Chamberlain, which took their lead out to 11-3 at half-time.

The DHL Stormers defended manfully, but were reduced to 14 just before half-time, when Deon Fourie was shown a yellow card.

The home team were first to score in the second half as they made the most of the extra man, with Makazole Mapimpi finishing in the corner before they followed that up with another three points from a scrum penalty.

The DHL Stormers refused to give in and came up with a response immediately. The ball went to Warrick Gelant on the blindside and he managed to get a magic offload away to Damian Willemse, who did well to finish in the corner.

They almost followed that up with a second try, coming within inches of the tryline, but the home side managed to clear the threat and would be next to score with another penalty from Chamberlain.

However, the DHL Stormers kept coming and were back within seven through a penalty try after the Cell C Sharks spoiled a powerful maul.

They kept pushing and the Cell C Sharks were down to 13 when S’bu Nkosi was shown a yellow card for taking Seabelo Senatla out off the ball.

The final play saw the DHL Stormers pressing on the line and a deliberate knock-down by Aphelele Fassi when there was a two-man overlap, which resulted in the penalty try.