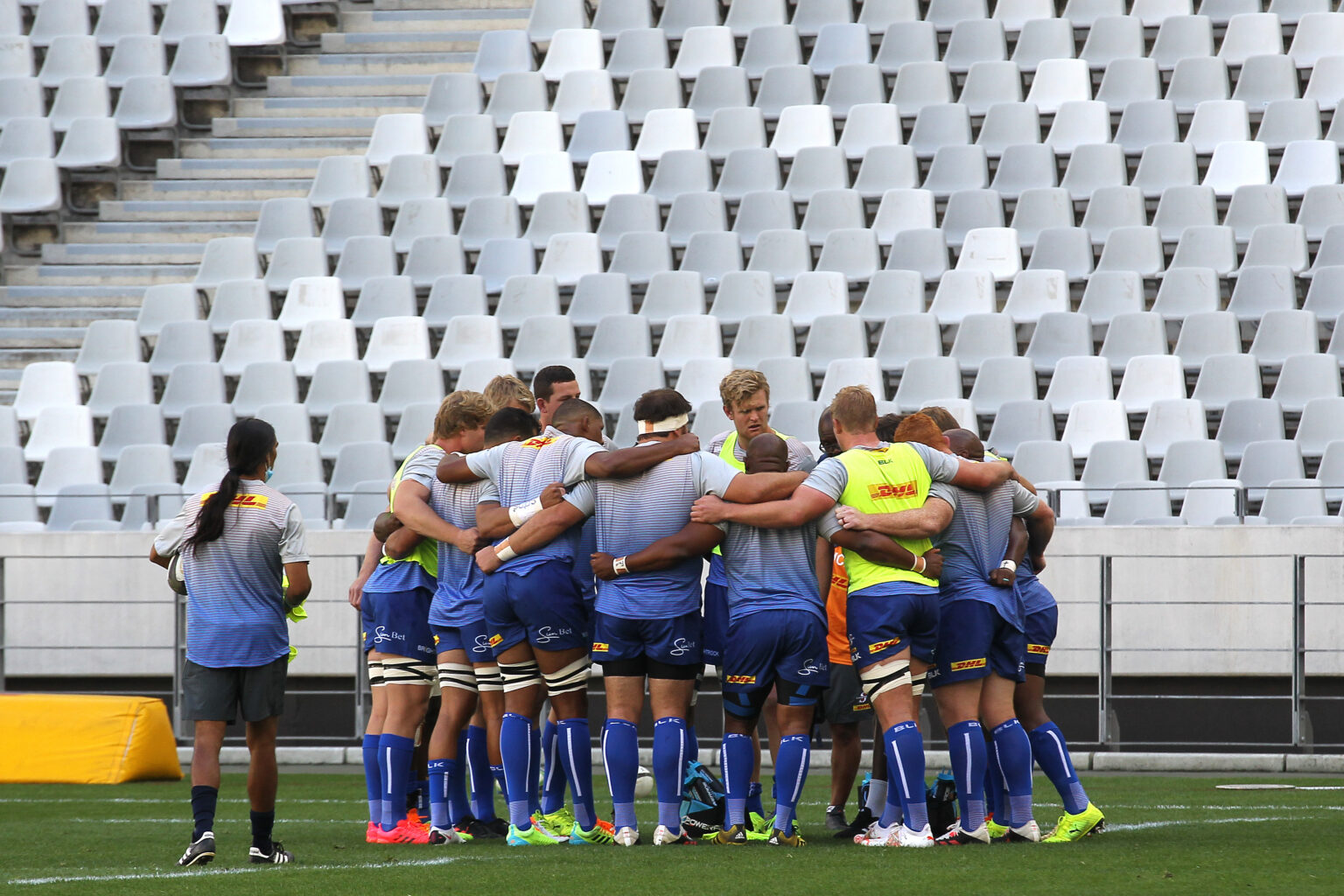 
The DHL Stormers are gearing up for their first two home games of the Vodacom United Rugby Championship, which will see them play in front of their faithful supporters at DHL Stadium.

It has been just over a month sice the DHL Stormers ended their four-match European tour with a 24-10 win against the Dragons in Newport, which saw them top the South African Shield heading into the competition break.

The squad has been in training for the last two weeks and are now primed to head into matchweek, with Italian outfit Zebre Parma visiting Cape Town next week.

The match, which will kick off at 15h00 on Saturday, November 27 at DHL Stadium, has extra significance because it will be the first time in over 18 months that fully vaccinated spectators will be allowed in to watch the DHL Stormers play.

Head Coach John Dobson said that there is fantastic energy among the squad as they look to make the most of their home advantage over the next two weeks in the matches against Zebre Parma and Cardiff.

“The tour to Europe to start the season was a great experience for all involved and we feel we made great strides in terms of our game, so we are keen to showcase what we are capable of on home soil with our fans cheering us on from the stands,” he said.

Although government COVID-19 protocols mean that the number of spectators allowed at the game will be limited to 2000, Dobson said that will make a world of difference.

“One of the biggest challenges over the last 18 months has been playing without our fans there and we are expecting the Faithful to give our players an enormous lift, even though they will be in limited numbers for now,” he said.

With another four-week break coming after these two home games against Zebre Parma and Cardiff, Dobson said that his team will be going all-out to earn as many log points as possible.

“These two home matches are a great opportunity for us to establish ourselves properly in this competition and lay down a marker of how tough we would like it to be for teams to come here. The players understand that and will be giving it a full go,” he said.

Last week a DHL Western Province XV claimed a dramatic 31-30 win against the Toyota Cheetahs in the Toyota Challenge, which gave the coaching staff a chance to have a look at the depth available to them and to give some gametime to those in need before the Vodacom United Rugby Championship gets underway again.

Speedster Seabelo Senatla scored two tries in an encouraging return from injury, while there were also impressive performances from the likes of Leolin Zas, Rikus Pretorius and Nama Xaba.

With just 2000 fully vaccinated spectators currently allowed under government COVID-19 protocols for sporting fixtures in South Africa, there will be limited availability of tickets for these games.

Tickets for the DHL Stormers’ home game against Zebre Parma at DHL Stadium on Saturday, 27 November are on sale now exclusively to 2020 Newlands season ticket holders, with this offer now expiring on Monday, 22 November at 16h30, after which any remaining tickets will go on sale to the general public.

All those attending will have to adhere to government regulations by wearing a medical mask and providing a COVID-19 vaccination document confirming full vaccination (Only fully vaccinated people will be allowed to attend) and ID along with their match ticket to gain entry to DHL Stadium.

There will also be temperature checks and a verbal COVID-19 questionnaire for each spectator, with entry denied to anyone who does not comply with these regulations.

The DHL Stormers want nothing more than to see the stands at DHL Stadium full of their Faithful supporters. With only fully vaccinated people allowed to attend matches, it is crucial for as many people as possible to get vaccinated so that we are able to open up and enjoy full stadiums again.