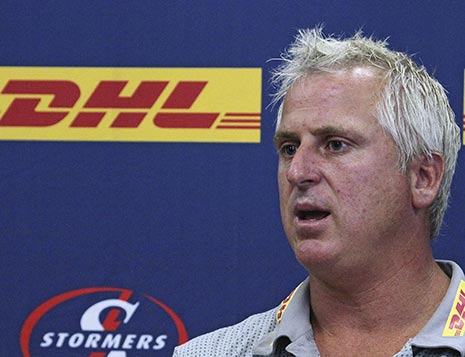 
The DHL Stormers are embracing the new competition structure and law variations that SANZAAR have introduced for the 2016 Vodacom Super Rugby season.

The changes will see the four-try bonus point replaced by a bonus point that is awarded for finishing three or more tries ahead of your opponent (bonus point for losing by 7 or fewer points remains unchanged) and; penalty options after time has expired to now include playing a lineout.

This comes on top of an expansion of the tournament which is now split into four conferences. To read more about how that impacts the DHL Stormers CLICK HERE.

DHL Stormers coach Robbie Fleck welcomed the new law variations as they have been put in place to encourage positive play.

“I understand it’s there to encourage more attacking play and to play for 80 minutes. To land up with three tries ahead you have to keep working hard so I think it is a good initiative,” he said.

Fleck added that the new bonus point rule will not influence his team’s approach as they look to focus on what they have been working on since they came together in November.

“We are going to be sticking to what we have been planning all along. We started something in November and we are going to stick to that regardless of the bonus point structure.

“It certainly does encourage the team to play for the full eighty minutes and keep working hard. In order to win games you have got to score tries.

“That losing bonus point is still there, so that does not change much,” he added.

The DHL Stormers coach is feeling very positive about the new structure of the competition as well, especially as the travel schedule will not be as demanding.

“Surely the travel side is going to benefit South African teams, we are only travelling for two weeks.

“Traditionally we have always done well when we arrived and we have sort of dropped off towards the end.

“It has always been a tough trip for South African sides, the DHL Stormers have traditionally done well but generally South African teams struggle on that four-week trip, so surely the two-week trip will benefit us.

“There can’t be a case of fatigue or being homesick or any of that, it is a short trip and it should be a beneficial one.

“Likewise when we are going to Singapore or Buenos Aires, we are going later in the week as per the rulings from SANZAAR, and it is a very quick trip,” he said.

However, Fleck is under no illusions about how tough the competition will be for his young squad who are looking to embrace the changes introduced this season.

“All the teams we are playing against are strong sides, and for this young group it is going to be a challenge the whole season but we are certainly up for it,” he added.

Tickets for the DHL Stormers pre-season friendly against the Jaguares from Argentina at DHL Newlands on Saturday, February 13 are now on sale at all Computicket outlets at a price of R50. Season tickets are not valid for the match which will not be televised.