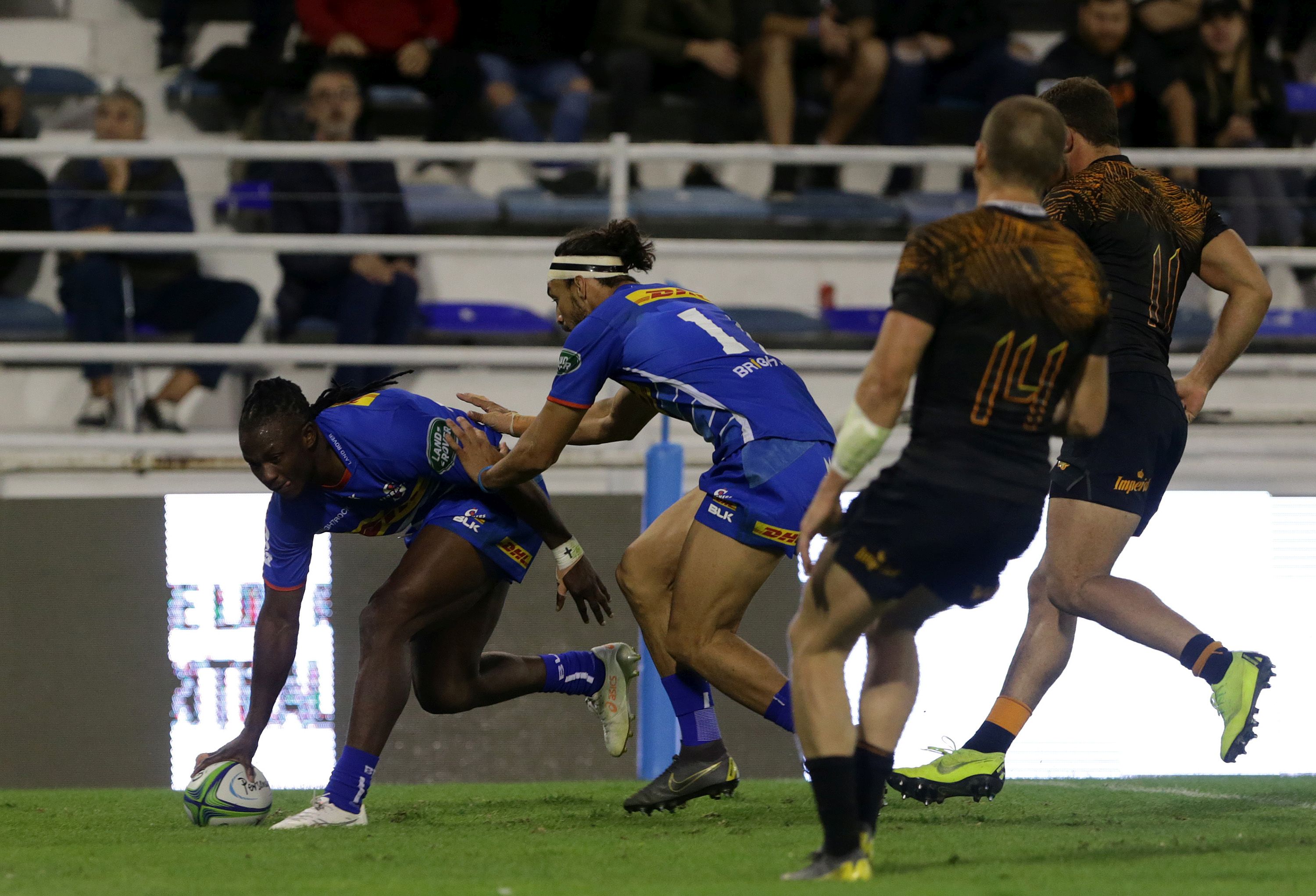 DHL Stormers edged out in Argentina


The DHL Stormers fought hard, but went down 30-25 against the Jaguares in their Vodacom Super Rugby encounter in Buenos Aires on Saturday.

It was a brave performance from the visitors, who played hard until the final whistle and had a chance to win it at the death, but they leave Argentina with just a single bonus point to show for their efforts.

Out & About with Dillyn Leyds

The home side struck early with what was to be the only try of the first half, with flank Pablo Matera getting over following a well-worked move from an attacking scrum.

They took their lead out to 10-0 shortly afterwards as flyhalf Domingo Miotti slotted a penalty, with the DHL Stormers battling to get out of their own half.

The visitors regrouped well and won a series of penalties, with flyhalf Jean-Luc du Plessis pulling one wide from the halfway line, but landing three other attempts at goal to reduce the deficit to 10-9.

The Jaguares had the final say in the first half with a second penalty from Miotti following a dangerous tackle from Eben Etzebeth, which gave them a 13-9 advantage at the break.

The DHL Stormers were first to score in the second half as a powerful scrum gave Du Plessis the opportunity to kick his fourth penalty.

The Jaguares responded with a second try as left wing Ramiro Moyano scrambled over in the corner to make it 20-12.

With Du Plessis having been replaced by Damian de Allende, Damian Willemse shifted to flyhalf and took up the goalkicking duties. He slotted two penalties in succession to make it a two-point game at 20-18.

Miotti added a third penalty before the Jaguares were awarded a penalty try, with DHL Stormers outside centre JJ Engelbrecht shown a yellow card for what was ruled to be a deliberate knock-down.

Despute being up against it, the DHL Stormers refused to give in and came up with a try of their own shortly afterwards. Justin Phillips broke from the base of a scrum and found Dillyn Leyds, who put Seabelo Senatla over for the try.

The DHL Stormers had the late momentum and had a chance to win it at the death after Matera was shown a yellow card, but it was not to be as the Jaguares held on for victory.