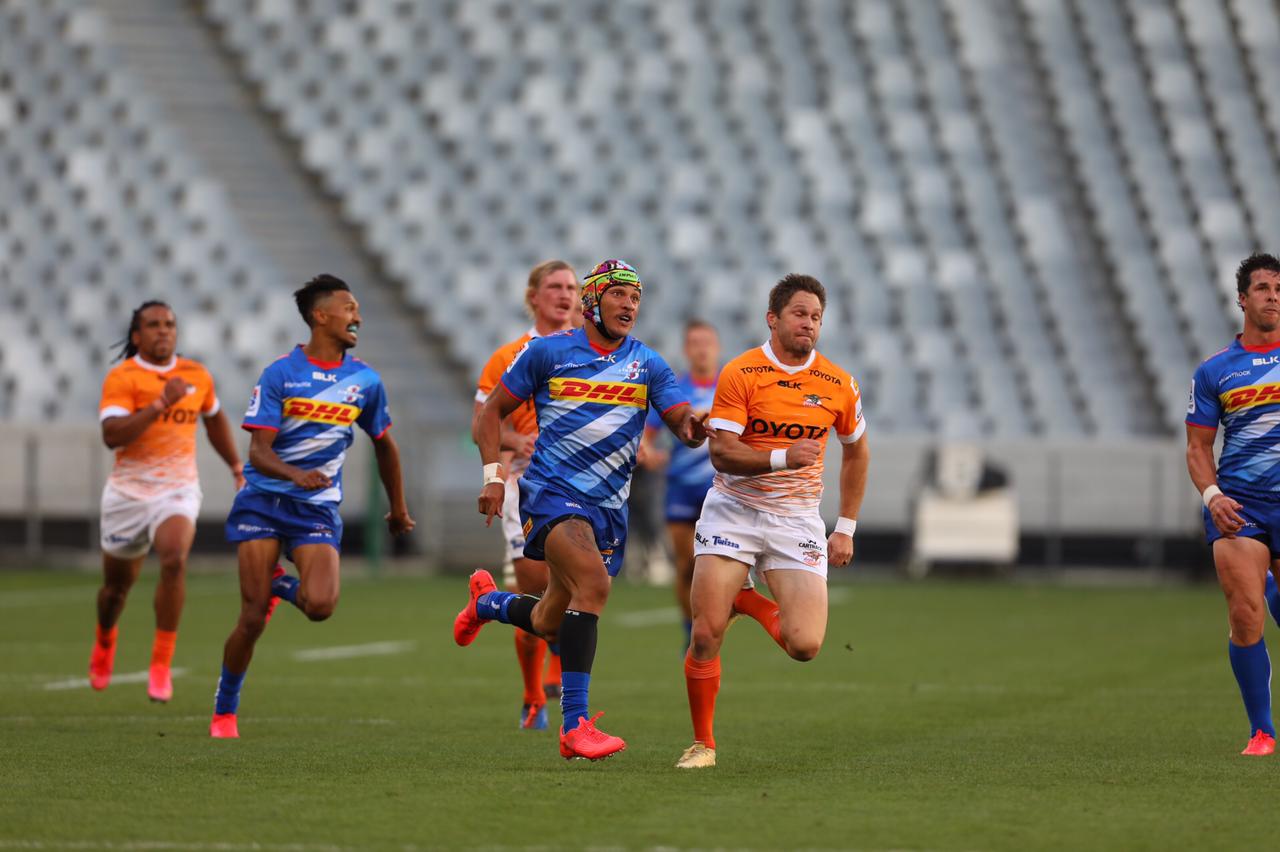 
The DHL Stormers scored three tries, but went down 34-33 against the Toyota Cheetahs in their preparation match at Cape Town Stadium on Saturday.

It was an entertaining match which saw both teams score some impressive tries, but in the end the Free State team did just enough to claim a narrow win.

The visitors were first to score through a move in the front of an attacking line-out, which saw hooker Wilmar Arnoldi crash over in the corner.

It did not take the DHL Stormers long to respond with a try that was born from a stolen line-out in their own 22. The ball was worked out wide to wing Edwill van der Merwe who steamrolled one defender, beat a few more on the outside and then chipped into the 22 where it was regathered and flung out to fullback Tristan Leyds, who cruised over for a sensational try.

The visitors were back in front with an individual effort from Rosko Specman, but the DHL Stormers then took control of the match with a secind try from wing Leolin Zas and four consecutive penalties from flyhalf Kade Wolhuter.

Two of them came off the back of a dominant DHL Stormers scrum, with Wolhuter showing impressive range in the windy conditions to convert from his own half.

The Toyota Cheetahs had the final say in the first half with a second Specman try, but it was the DHL Stormers who took a 26-21 lead into the break.

Specman scored his hat-trick try early in the second half, which put the Toyota Cheetahs back in front, but the DHL Stormers’ superior scrum had them in the lead again through a penalty try awarded in front of the poles.

The Toyota Cheetahs kicked their first penalty of the match in the 55th minute and they followed that up with another 10 minutes from the end, which sealed the narrow win for them.