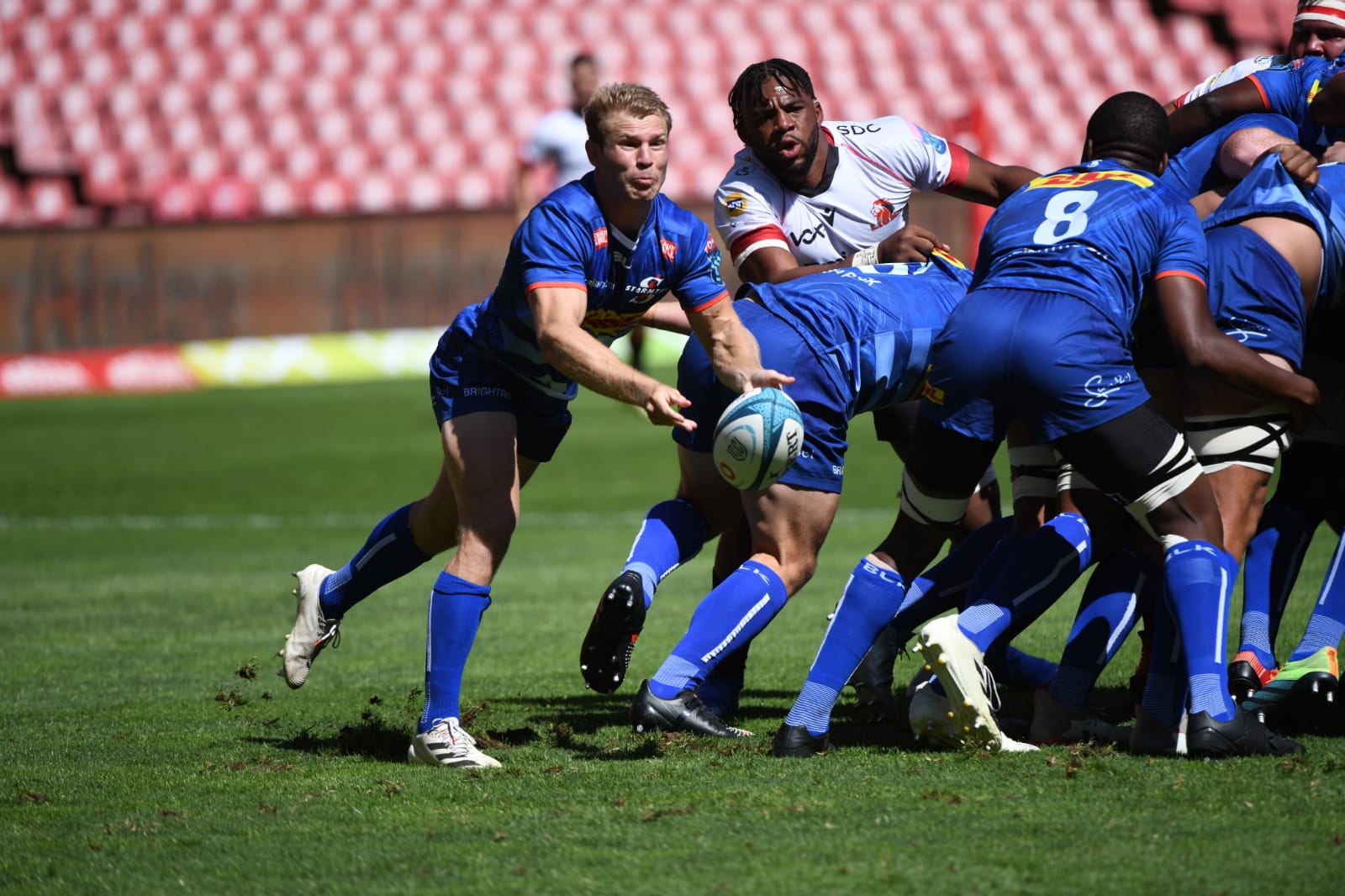 
The DHL Stormers claimed a convincing 32-10 bonus-point win against the Emirates Lions in Johannesburg on Saturday.

The four-try display saw the DHL Stormers secure their spot at the top of the Vodacom United Rugby Championship South African Shield, continuing their unbeaten start to the year by making it three wins and a draw.

This means that the DHL Stormers have beaten all three of the other South African teams in the competition over the last four weeks as they head into a bye before travelling to Ireland to face Connacht in a fortnight.

The DHL Stormers started with intent, taking the game to their hosts and they were rewarded with a penalty on the 10 minute mark which was kicked over by flyhalf Manie Libbok.

The Emirates Lions drew level with a penalty of their own after 20 minutes, but the DHL Stormers’domination of territory and possession would eventually see them score a deserved try.

After a powerful maul saw Brok Harris get held up over the tryline, the goal-line drop-out gave the DHL Stormers another attacking opportunity. It went to No.8 Hacjivah Dayimani, who stepped and then showed great pace to run in a fantastic individual try, which gave his side a 10-3 advantage at the half-time break.

The visitors made a bright start to the second half, with an early Libbok penalty getting the ball rolling before they crossed the tryline again.

A turnover from Deon Fourie on the 22 gave Libbok the chance to kick a 50-22 and after some phases it was wing Seabelo Senatla who strolled over for the try.

With the bit between their teeth the DHL Stormers kept pressing and came from their 22 again to score the next try, with Warrick Gelant breaking the line and offloading to Damian Willemse, who found Paul de Wet in space. The scrumhalf was brought down in the 22, but managed to get his pass away and it was Sergeal Petersen who finished it off.

The DHL Stormers kept the pressure on and the bonus point was secured when some defensive pressure forced a handling error from the hosts in the 22, with man of the match Deon Fourie picking up to score.

The Emirates Lions managed a late consolation try, but there was no denying a dominant display by the DHL Stormers.