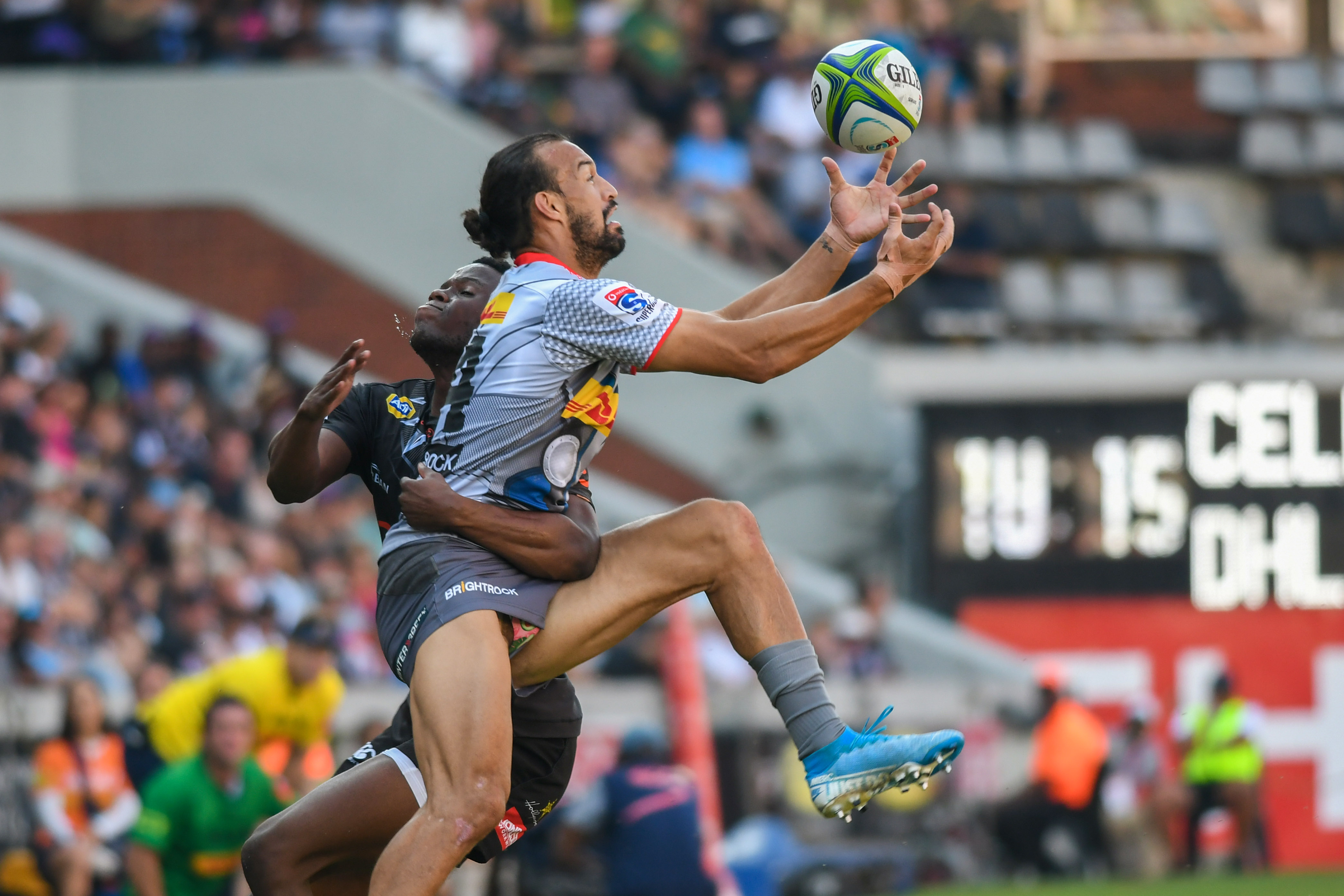 
The DHL Stormers scored two tries in Durban, but it was not enough to avoid a 24-14 defeat against the Cell C Sharks on Saturday.

It was a typically tense South African Vodacom Super Rugby derby, with both teams scoring two tries, but the home side did enough to claim the win in the last fixture for the foreseeable future, following the announcement of the suspension of the season by SANZAAR earlier in the day.

The DHL Stormers were reduced to 14 men from the kick-off, with flank Johan du Tiut shown a yellow card after colliding with Cell C Sharks scrumhalf Louis Schreuder while he was in the air.

Despite that the DHL Stormers did not concede a point while he was off the field, with the first points coming after 27 minutes through Cell C Sharks fullback Aphelele Fassi went through for the opening try.

The DHL Stormers hit back immediately as No.8 Juarno Augustus fielded a kick on halfway, then beat a few defenders before getting it away to Dillyn Leyds, who drew the last defender to put Herschel Jantjies over for the try.

The hosts would take a 10-7 lead into the half-time break as flyhalf Curwin Bosch ended a tense first half with a drop-goal and he was first to score in the second half with a penalty.

The DHL Stormers went in front for the first time in the game with 18 minutes left as Willemse put Augustus through a gap and replacement Paul de Wet was on hand to race over for the try which made it 14-13.

The home side took the lead back with 10 minutes left as Bosch kicked two penalties in succession. The win was sealed by a try at the death in the corner from wing Makazole Mapimpi.