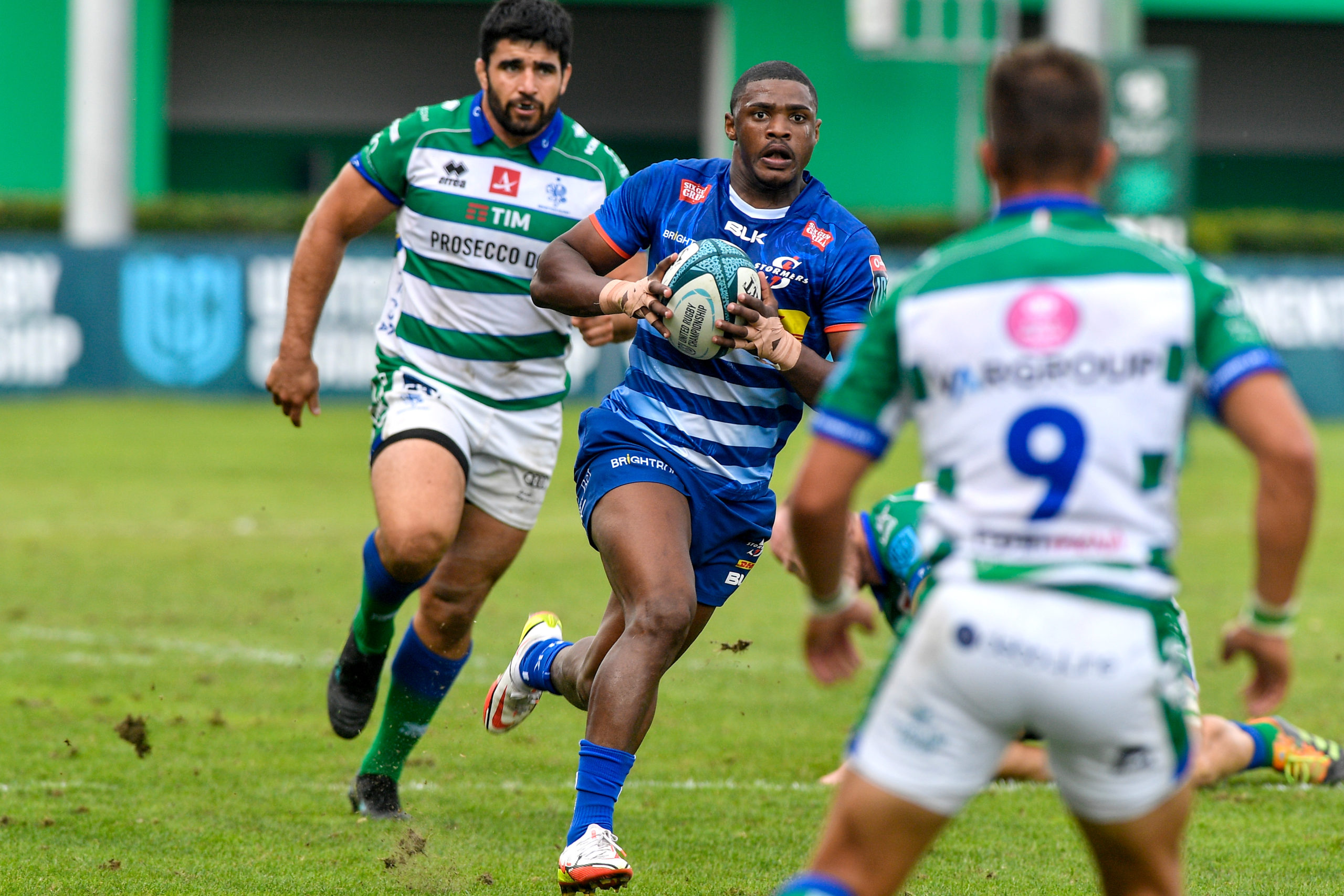 
The DHL Stormers went down 22-18 in their opening Vodacom United Rugby Championship match against Benetton in Treviso on Saturday.

The home side were forced to come from behind at the Stadio Monigo, where the DHL Stormers led for most of the game, but ended with just the single bonus point to show for their efforts.

The DHL Stormers started with a bang as inside centre Rikus Pretorius snapped up a loose ball in the 22 to go over for an early try.

The home side hit back with a try of their own from hooker Gianmarco Lucchesi, which gave them a 7-5 lead, but those would be their only points of the first half.

The DHL Stormers defence stood up well under pressure as Benetton dominated territory and possession but could not make it count.

The DHL Stormers stretched that lead with their second try, which came early in the second half, with Ruhan Nel taking an offload from Pretorius to go over.

However, those were the last points that the DHL Stormers scored, as the home team came back with two tries and a penalty to claim a tight 22-18 win.