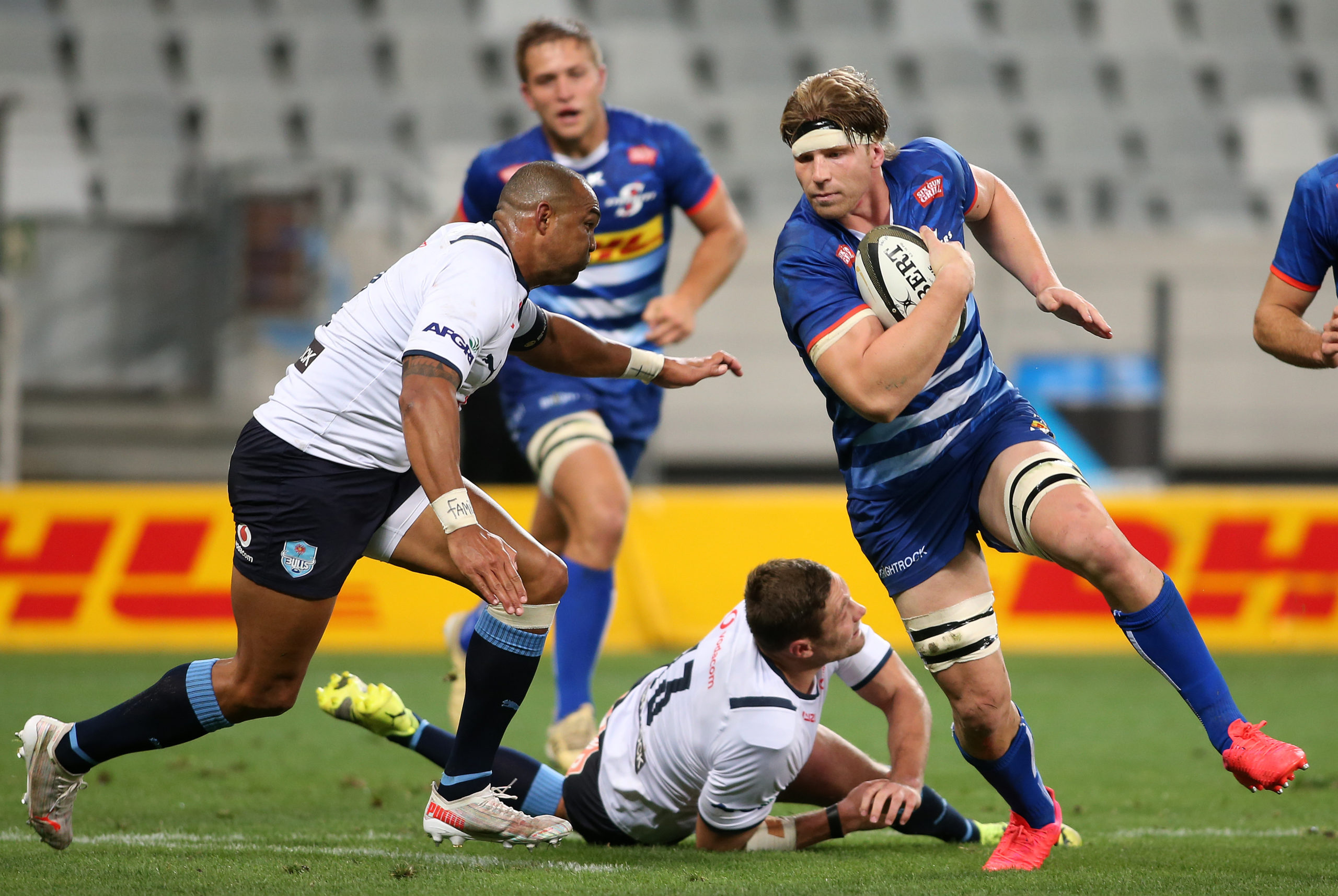 
The DHL Stormers pushed hard until the final whistle, but went down 20-16 in a hard-fought PRO14 Rainbow Cup North-South clash with the Vodacom Bulls at Cape Town Stadium on Saturday.

The home side pressed hard in the final stages for a come-from-behind victory, but it was not to be as the Vodacom Bulls defence held out under immense pressure.

The match got off to a typically intense start, with both teams throwing absolutely everything at each other. Both flyhalves missed shots at goal in the early stages to add to the tense atmosphere at Cape Town Stadium.

The visitors were first to strike when wing Madosh Tambwe came from his own half to score from a turnover.

The DHL Stormers scrum was in dominant form and a scrum penalty in the 22 gave them the platform needed to level the scores, with No.8 Evan Roos going through to cross the line.

The home side hit the lead shortly afterwards when flyhalf Abner van Reenen kicked an easy penalty in the 22.

However, they were reduced to 14 when captain Steven Kitshoff was shown a yellow card after Vodacom Bulls flyhalf Morne Steyn had attempted to tackle him.

Tambwe went over from his second try from a cross-kick after the hooter, to give the visitors a 14-10 advantage at half-time.

Both teams had opportunities to score early in the second half, but the defences held firm and it was a penalty from Steyn which took the visitors’ lead to seven points.

The DHL Stormers kept hammering away and eventually got reward with a Van Reenen penalty which made it 17-13 heading into the last 20 minutes.

The teams continued trading penalties, with Steyn and Van Reenen both on target again to make it 20-16 heading into the last 10 minutes.

The visitors were reduced to 14 men when Nizaam Carr was shown a yellow card for a high tackle and the DHL Stormers launched attack after attack as they went for the win, but it was not to be as the visitors held on to win.