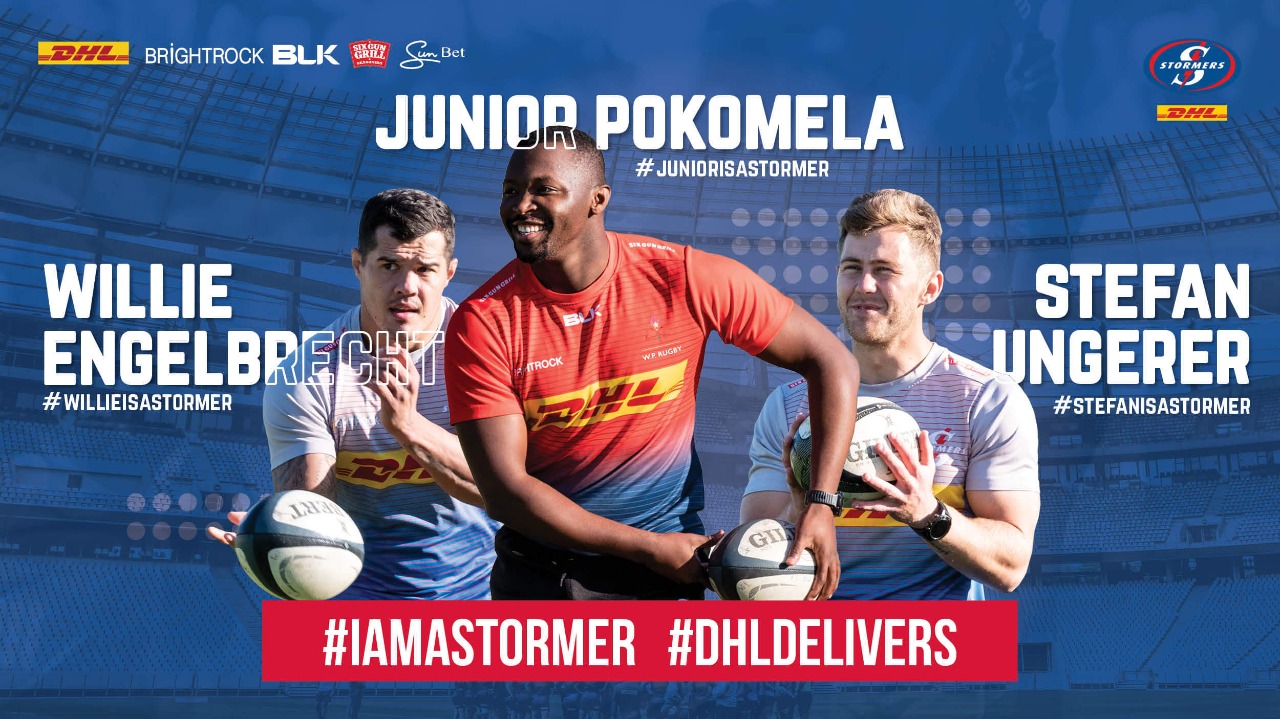 DHL Stormers bolstered by trio of loan players for URC


Loose forwards Junior Pokomela and Willie Engelbrecht and scrumhalf Stefan Ungerer have joined the DHL Stormers on loan ahead of the United Rugby Championship.

The athletic Pokomela is a former SA Schools and Junior Springbok loose forward, who has played for the Toyota Cheetahs for the last four years.

Engelbrecht joins from the New Nation Pumas and Ungerer from the Tafel Lager Griquas, where they made significant contributions in the recent Carling Currie Cup campaign.

Engelbrecht is a powerful loose forward, while Ungerer is a seasoned scrumhalf with both Vodacom Super Rugby and Guinness PRO14 experience.

DHL Stormers Head Coach John Dobson said that all three players will add to the depth in the squad ahead of the exciting new competition, which will see the DHL Stormers start their campaign with a four-match tour of Europe.

“These three players are all proven performers who will complement the resources we already have going forward.

“We leave for what will be a demanding tour at the end of this week, so having these players on the plane with us is a significant boost,” he said.

Dobson added that he is looking forward to seeing what these players can do in a DHL Stormers jersey.

“Willie was with us earlier this year and showed that he is not the type to take a backwards step. Junior has a wide range of skills and is an impressive athlete, while Stefan is a smart player who has shown an ability to control the game well,” he said.

Western Province Professional Rugby (WPPR) Chairman Ebrahim Rasool said that it was vital to bolster the squad with quality players ahead of the United Rugby Championship.

“This competition will be a challenging one, so we had to ensure that whoever we brought in would be able to hit the ground running.

“We are confident in the abilities that these three players have and look forward to seeing what they can contribute in the United Rugby Championship.

“We will also be announcing some further signings before we confirm our final squad for the tournament and the team leaves this weekend,” he said.