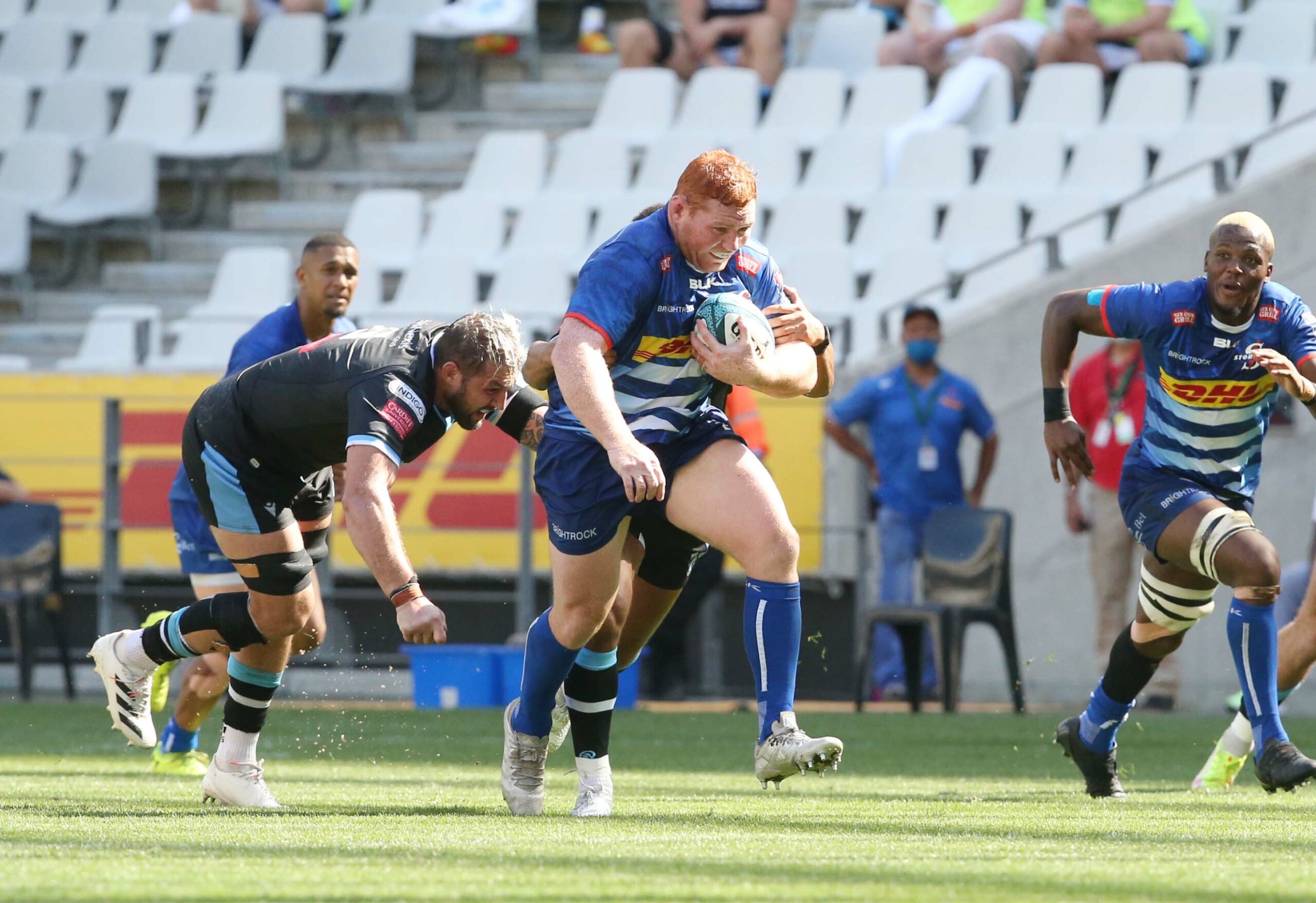 
With four Springboks in the tight five, the DHL Stormers pack is ready to fire in Cardiff on Saturday.

Rugby World Cup-winning props Steven Kitshoff and Frans Malherbe pack down together for the first time in the 2022/23 Vodacom United Rugby Championship season, either side of powerhouse Joseph Dweba, and backed up by rock-steady lock Marvin Orie.

The unheralded Malherbe, who brought up his 50th Test cap in the Castle Lager Rugby Championship, is one of the world’s great scrum anchors and will on Saturday become the most-capped player in DHL Stormers history.

A technical scrum master, the Springbok prop is renowned for his work rate in defence and indefatigable scrumming consistency.

He has been South Africa’s first-choice tighthead in the Rassie Erasmus era, starting in the 2019 World Cup Final and the last two Tests of the 2021 British and Irish Lions series.

Fellow stalwart Kitshoff has similarly served as a block of granite in the green and gold and then, in June, he led the DHL Stormers to the Vodacom United Rugby Championship title at the DHL Stadium.

Known as ‘Spicy Plum’, Kitshoff’s power and endurance ensures that opposing tighthead props are worse for wear at the final whistle. While the front-row titan is known for his scrumming prowess, he is also revered as a prodigious ball-carrier and a turnover threat at the breakdown.

The front row is completed by Dweba who announced himself to the DHL Stormers faithful with a try-scoring debut in the Vodacom URC victory over Edinburgh.

A power-runner on attack, the burly four-Test hooker is ready to fire on all cylinders for the Vodacom URC winners.

Eight-Test Orie, alongside the promising Adre Smith, backs up the monstrous trio. An astute lineout operator and renowned workhorse in the tight loose, Orie is a pillar of strength, a sounding board in the team’s senior leadership core, and a calming presence for the 25-year-old Smith, a fiery second-row bruiser who can also play flank.

Playing behind such an abundance of power up front, the DHL Stormers backs will be itching to get their hands on the ball and extend their current unbeaten run to 16 matches with a win against Cardiff.